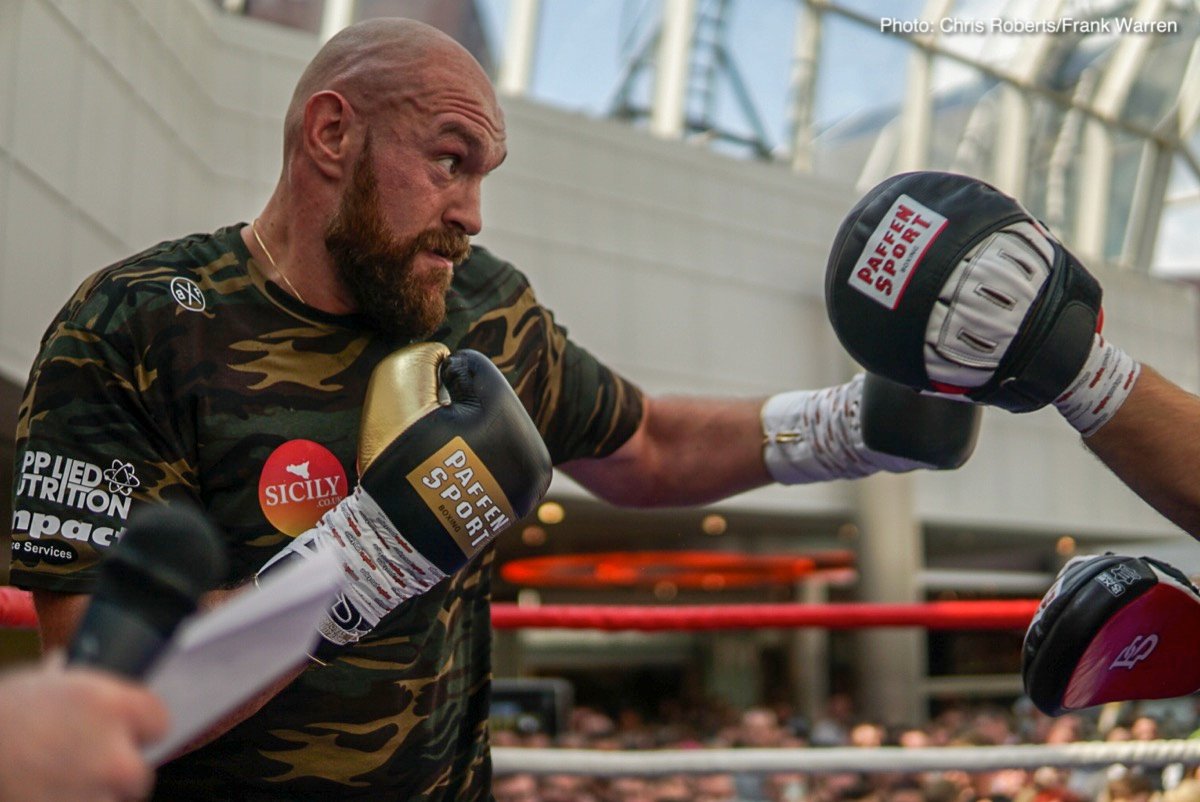 “Show me a fighter who says he’s not fighting for the money and he’s either a liar or a fool,” Larry Holmes.

So, is Tyson Fury – about to set foot in a ring with the man who most people describe as the most lethal puncher in the sport today – a fool, a liar, or something in-between? Is Fury in fact a quite unique fighter in that he does not fight for the money, but he fights instead for honour, for glory and with a basic, base passion for, as he puts it, taking off his shirt and seeing who is the better man?

Fury WILL get paid a bundle for his November/December fight with the likewise unbeaten Deontay Wilder (Wilder also being a man who does not put the almighty dollar ahead of everything else; what is the world coming to!) but it is not the guaranteed payday that is motivating Fury. Fury, sounding wholly believable, said on Saturday night after his rust-remover of a win over Francesco Pianeta, how he would “rather have no money and win than have £200 billion and lose.”

Fury went further, saying he would fight Wilder for nothing. So is Fury nuts or is he a sincere person who is not blinded by the number of zeros at the end of his purse? Fury says a rich man is rewarded in heaven and that no earthly material things really matter. Is this the talk of a “normal” prizefighter? Not at all.

We fans should enjoy Fury – and root for him to keep on keeping on – as long as he is here. He’s not always said things that are easy to hear or agree with, but on a good day, when he’s, as he put it, in a good place, the 30 year old is definitely worth listening to. His upcoming massive fight with Wilder will also prove to be unmissable stuff.

Get ready for more words of wisdom in the pre-fight pressers and face-offs. From both heavyweights. It’s an interesting time for the heavyweight division, and for this we have Fury and Wilder to thank.