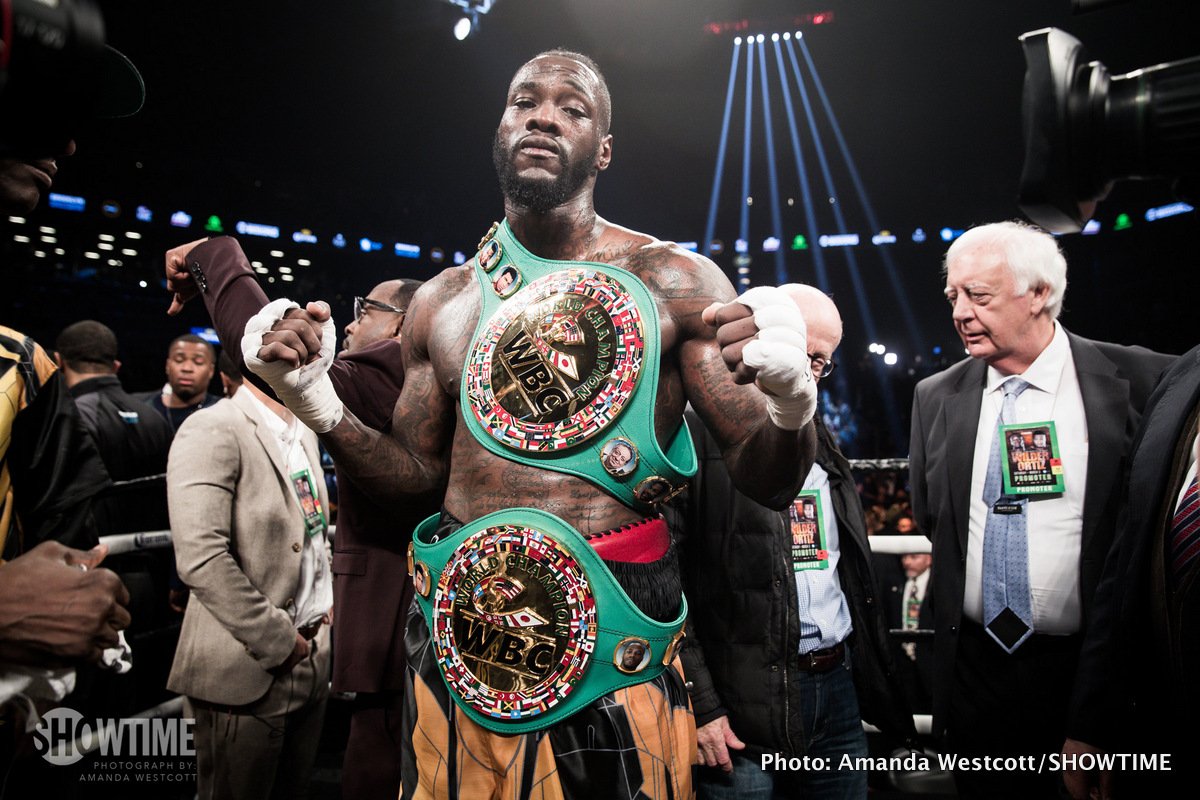 Promoter Frank Warren says that, “if you really want to make a deal you will make it happen,” and Warren is optimistic he and Tyson Fury can go one better than Eddie Hearn and Anthony Joshua and make a deal to fight WBC heavyweight ruler Deontay Wilder – before the end of the year.

Speaking with talkSPORT, Warren said that if all goes well in Fury’s second comeback fight, against tall Italian southpaw Francesco Pianeta, who Fury will face on August 18, it could be Wilder after that. Today, Hearn said of his plans to e-mail Wilder a lucrative offer to face his fighter Dillian Whyte, but it seems a Wilder-Fury fight could be made instead.

Warren also confirmed that Fury will not be facing either Whyte or Chisora (in what would, after all, be a needless third fight; Fury having already beaten Chisora twice):

“Well, actually, they’re two competitive and very good fighters but, with due respect to them, we’re actually trying to make the fight with Deontay Wilder,” Warren told talkSport. “First of all we want to see what he looks like on August 18. Hopefully he will come through it well, reports from the gym are that he’s looking well. Tyson, as he’s said himself, has been talking about Wilder in the last few weeks and it’s a fight I think the British fans would like to see. If it happens it will be some time in November or December. That’s where I would like to see him, providing he comes through okay and that’s no disrespect to anybody. He’s the lineal champion. He’s the guy who hasn’t been beaten.”

A Wilder-Fury fight would almost certainly prove to be a massive affair; whether it took place in the UK or (far more likely) the US. Two unbeaten stars, both with unbeaten records and an attention-grabbing personality – what’s not to like. It just might be that Fury and Wilder do get it on and, in so doing, make fans forget about that big but ever so frustrating to make Wilder-Anthony Joshua fight.

Would the winner of a Wilder-Fury fight be recognised as THE man at heavyweight? Maybe so. Fury has proven he is unafraid to travel for a big fight and Wilder – as per his trainer Jay Deas, who told Sportsmail that the fight can happen “as soon as Fury is ready” – wants to face Fury. If he is ready this November or December Fury may well head to New York to rumble with the WBC king in what would be a fascinating clash of styles.