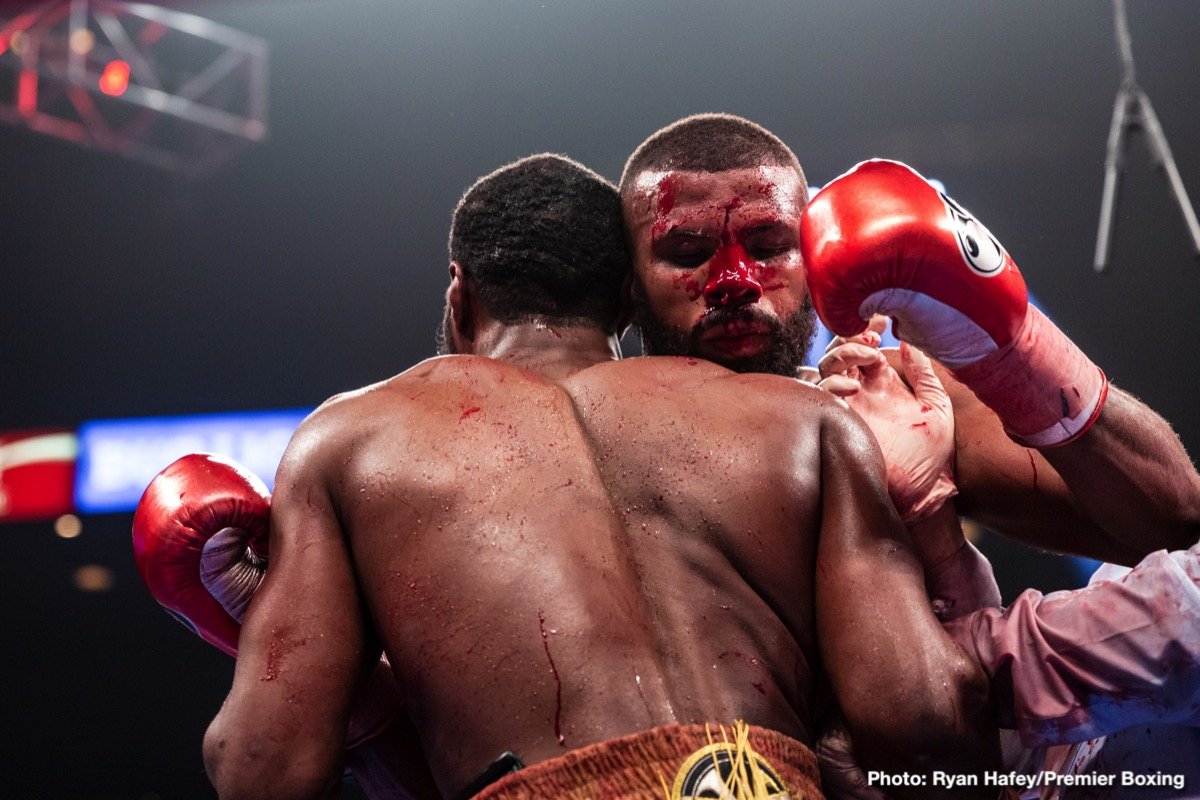 Light-heavyweight warrior Badou Jack had a very tough, not to mention unlucky, 2019. This past Saturday night, Jack fell short, just, in a thrilling battle with Jean Pascal, losing a split decision that could easily have gone his way. While back in January, in his other fight of the year, Jack suffered THE worst cut you have seen in 2019, or many other years.

Cut Of The Year is no usual award, nor is it one any fighter would want to pick up. Yet the raw courage Jack showed in his January defeat to Marcus Browne, when he suffered a gory, hard-to-look-at gash, tear, slash in the middle of his forehead, really was something to admire.

Jack lost to Browne in their interim WBA light-heavyweight title clash – and clash really is the right word. It was round-seven when the two fighters clashed heads, and Jack came off worse, far worse.

The cut, really a gash, literally poured with blood; it was X-rated stuff, make no mistake. Jack bravely fought on, showing zero inclination to quit, yet he lost the decision (along with a good amount of blood).

At the time, some fans wondered if the fight should have been stopped. Fighters are too brave to quit themselves (usually anyway) so they need protecting from themselves, and that comes down to the officials. With the amount of blood involved, should Jack have been pulled out? Maybe, but he fought on like the warrior he truly is.

Despite the loss, and despite the damage he picked up (Jack needed 25 stitches) some good things did come from the fight: the sheer sportsmanship, not to mention amazing courage, Jack showed. Imagine the number of excuses Jack could have made, how many excuses a number of other fighters would have made had they been wounded the way the 175 pounder was.

Badou Jack, 22-3-3(13) didn’t win a fight in 2019, yet he can in no way be described as a loser. Instead, the man from Sweden won our hearts with his bravery and his sheer fighting spirit. Now, can he get a little bit of help from Lady Luck in 2020? He sure deserves it.