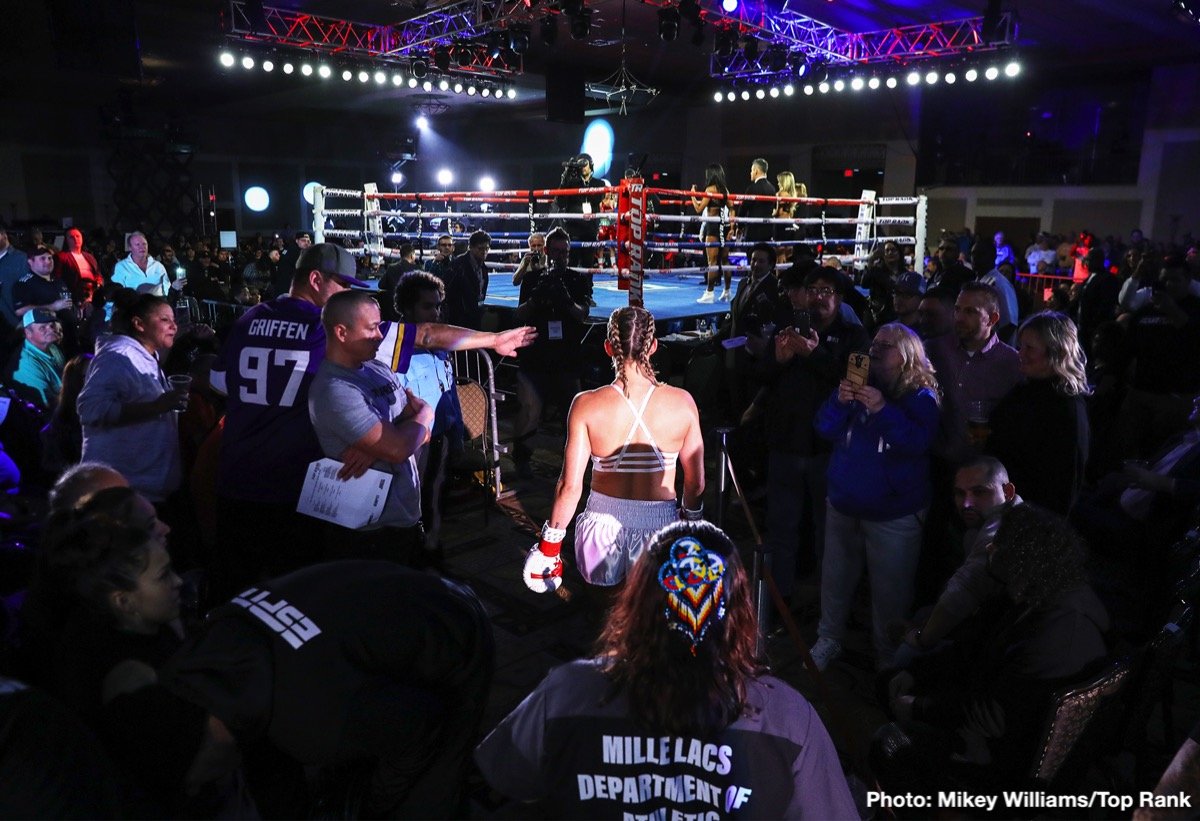 Earlier today in his native Japan, defending WBO flyweight king Kosei Tanaka scored a brutal third-round KO over China’s previously unstopped Wulan Tuolehazi. Tanaka, who capped off a excellent 2019 with the win, having bagged two earlier, thrilling victories this year, dropped his challenger with a right to the head followed by two swift and sickening left uppercuts to the jaw.

Tuolehazi was laid out, flat on his back, and he was motionless for some time. Getting assistance from the medics, the 26 year old was thankfully okay. He falls to 13-4-1(6) and in losing to Tanaka, Tuolehazi suffered his first defeat since October of 2016. 24 year old Tanaka is now perfect at 15-0 (9).

After a fairly even and slowish opening round, Tanaka dug to the body with some hurtful work, his punches to the midsection making an audiable ‘thwack’ sound as they made contact. The body attack continued in the third, before Tanaka, a three-weight world champ (WBO minimumweight, WBO light-flyweight and now WBO fly) connected with his vicious three-punch combo upstairs. Tuolehazi really did not know what hit him, it was that fast, that accurate and that powerful.

Tanaka, who has given us some classic 12-round wars – his distance win over Sho Kimura from last year and his points win over Ryoichi Taguchi from this March – was not really known as a massive puncher. In light of his savage display a couple of hours or so ago, maybe we must have a rethink.

Tanaka didn’t receive too many votes as far as 2019 Fighter of The Year goes, but perhaps he should have done. While the highlight reel KO he delivered today will perhaps remind the powers that be who give out the year’s awards, such as KO Of The Year, that they should wait until the year is actually OVER before making their picks.