Paul Smith says that the confidence from his first clash with Arthur Abraham and the improvements in the gym means he will be taking the WBO World Super Middleweight title back to Liverpool after the pair rematch on Saturday at O2 World in Berlin, live on Sky Sports. Smith pushed Abraham to the limit when the pair met for the Armenian-German’s belt in September in Kiel, where the champion held onto his belt but controversy reigned over the wide-margins in the scoring after such a close contest.

The Liverpool favourite landed the rematch he craved in December and has been working tirelessly in the gym with trainer Joe Gallagher to build upon the confidence from their first meeting and perfect a plan to leave the result in no doubt. Smith feels primed to rip the title from a champion that he respects, but does not believe can offer anything more than he did in their first meeting.

“I am ready and willing to do whatever it takes to get the win,” said Smith. “I am fit, I am strong and I have sparred very well; I know I have got what it takes to defeat him. He can be fitter and stronger this time around, but he cannot add anymore strings to his bow, he’s not that type of fighter, that type of man or that type of guy in the gym. What he does in incredibly effective, it’s won him many, many World title fights and I respect him massively, but there’s not going to be anything new from him.

“My sparring with Chris Eubank Jr was fantastic. He’s not got the same style as Abraham but a lot of his best attributes are similar, like Arthur he has a very good jab. We were both lucky getting that sparring, he wants it for his fight next week too, and we got some great rounds in. To get fit to fight you have to spar and spar hard rounds, and that’s what we did.

“I always thought that this rematch would come. I would be lying if I didn’t think that it might not come off for one reason or another, the only doubt I had really was that he wouldn’t want the fight as he knows that he was in a hard and close fight. I know that everyone here wants him to fight Sturm, they are all looking at that as a big summer fight, so I am here to crash the party and take this chance that one or two people doubted I would get and prove I belong here.

“I think had that one card not been so out of line with the others then maybe I would have been defending my British title and looking at getting a European title shot or looking at facing Anthony or Andre Dirrell for a World title, the fights would have been there for me because I proved myself at World level in the first fight.

“I’m 32, I don’t want to be competing at a level below, I believe I can win this title and that’s why I am here. If the cards had been seven rounds to five for him then I would’ve accepted that as it was a 7-5 fight to him or me or a draw, I would have thought ‘I am in Germany, I don’t expect to get the nod in a tight fight’. I believe I won seven rounds in that fight, possibly eight, and many people watching the fight agree, some disagree, some sat on the fence and thought it was a draw, but it was never an 11-1 fight so the fact that a judge scored it like that probably opened the door for the rematch as the scoring was controversial.”

Fight week has arrived! Today, Arthur Abraham (41-4, 28 KOs) and Paul Smith (35-4, 20 KOs) participated in a public workout at the famous Max-Schmeling-Gym in Berlin ahead of their WBO World Super Middleweight rematch on Saturday night at the O2 World. Both fighters were put through their paces by coaches Ulli Wegner and Joe Gallagher, to the delight of the press and public in attendance.

Judgement Day: Abraham vs. Smith II is available to watch live on Sat.1 in Germany and Sky Sports in the UK. Tickets are available via tickethall.de

Paul Smith (35-4, 20 KOs) can settle the score with Arthur Abraham (41-4, 28 KOs) in their WBO World Super Middleweight Championship rematch on February 21 at the O2 World in Berlin, Germany.

Smith was left disappointed after finding himself on the wrong end of a unanimous points decision in his first attempt to dethrone the German champion. Although, the 32 year-old is aware he may face an even tougher task in the repeat of their September showdown, he is confident of bringing the belt back to Britain.

‘’I’m extremely confident,’’ said the 32 year-old former British Champion. ‘’I went into the first fight believing I could beat Abraham, this time I go into the fight knowing I can beat him. I know what I am in with now and I’m 100% confident I will win. He won’t be able to rely on the judges this time.

‘’I do believe Abraham will be fitter this time, he will come to fight and that is exactly what I’ve prepared for. I’m certainly fitter and better than last time too, and I‘ve improved technically. The first fight for me was a chance to prove that I belong at world level. Although, I didn’t get the decision, I felt I beat him and I got a massive confidence boost from that. I now know I belong at world level and I know I can mix it with the best.’’

Despite fighting in Abraham’s hometown, Smith will not have to worry about a lack of support. The Liverpudlian brought a travelling army of fans with him to Kiel for their first fight, and is expecting an even better turn out in the German capital.

‘’I’ve already sold more tickets,’’ reveals Smith. ‘’Last time there was the Merseyside football derby, Liverpool vs. Everton on the same day. I have friends who wouldn’t miss a derby for their own mother’s funeral, never mind one of my fights. This time everyone is coming and we will all be celebrating in Berlin after I win!’’ 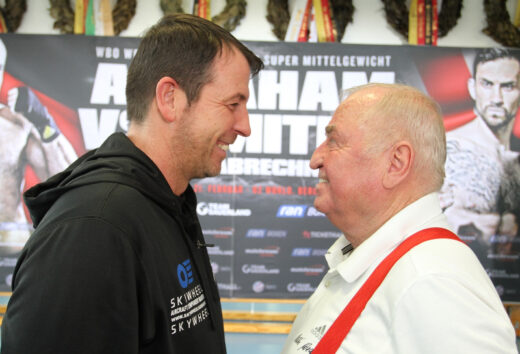 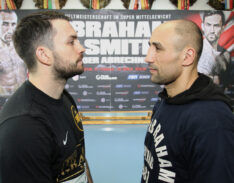 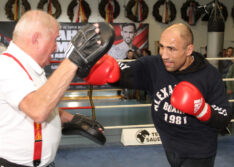 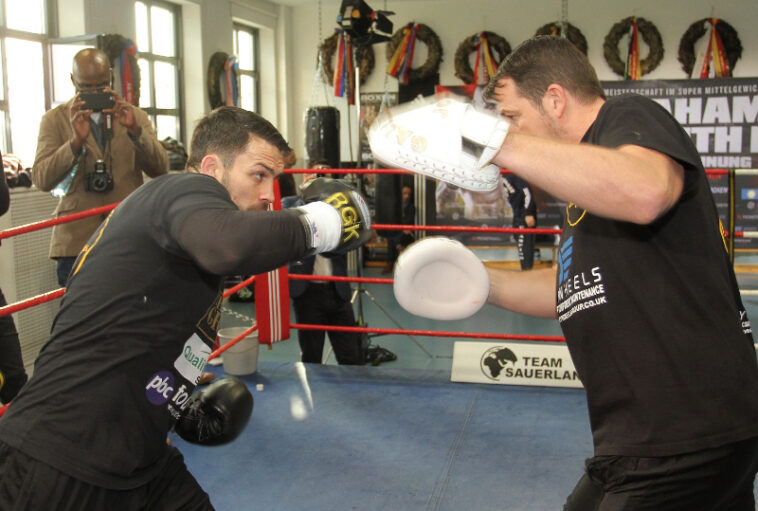