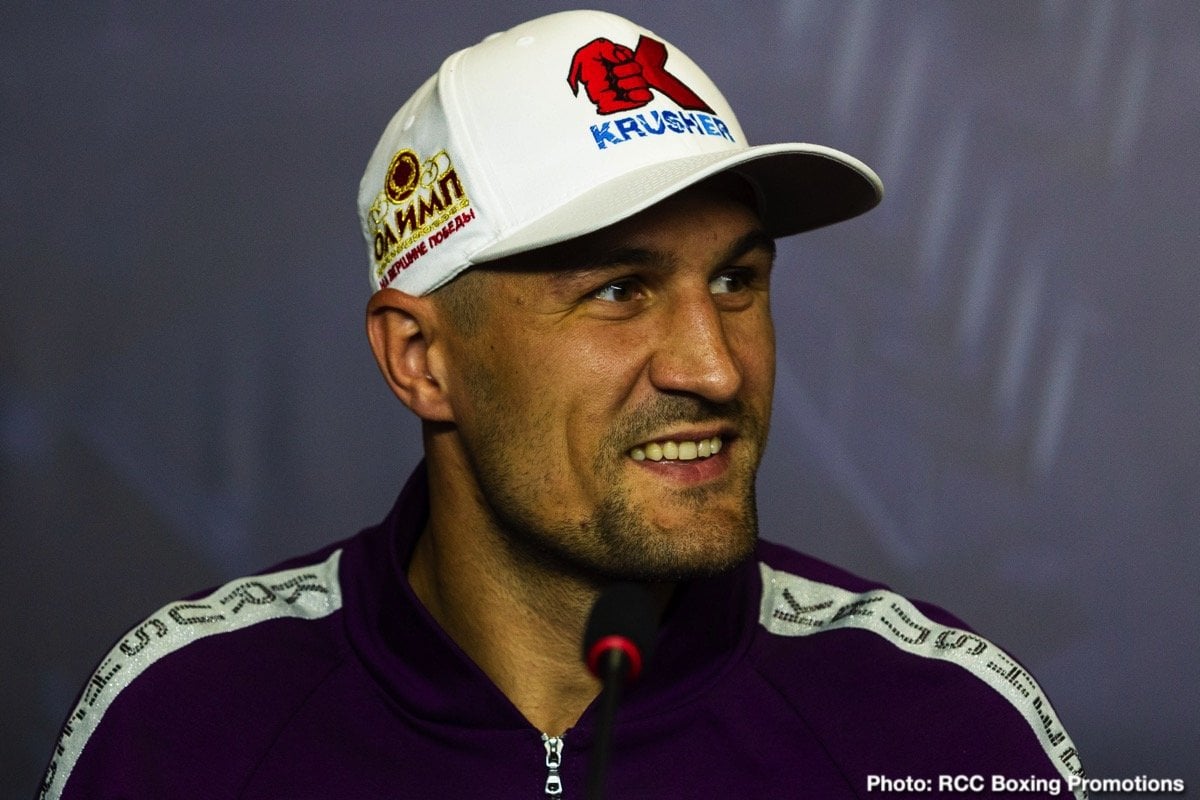 As fans may have read, Mexican superstar Canelo Alvarez wants to fight again on November 2, no later. And Sergey Kovalev, who seems to be Canelo’s preferred choice of foe, was told he must be willing to fight again pretty quickly after his gruelling war with Britain’s Anthony Yarde – an 11th round stoppage win for Krusher, but one he really had to work for – if he wants the big Canelo fight/payday.

Just over two months after that hellish battle with Yarde might seem too quick a turnaround to some, especially when considering Kovalev’s age and long career, but Egis Klimas, 36 year old Kovalev’s manager, has told ESPN.com that yes, his fighter will be fine fighting again on November 2nd. Now Klimas wants Team-Canelo to make an offer to get the fight on.

“We’re ready, so if they’re serious about that fight, they should come with an offer,” Klimas said.

Additionally, ESPN.com reports how Kovalev’s trainer, Buddy McGirt, says he does not feel concerned about the quick turnaround, “because we don’t have to do as much work to get in shape.”

So maybe returning to the ring so soon would actaully be beneficial to Kovalev, whose tools are still sharp after having just seen action; even if his body could arguably do with a good, longer rest (longer than around a couple of weeks or so) before going back into another training camp. We all know McGirt knows his business and knows what he is doing.

Maybe the chance to earn a career-best payday is the main reason Kovalev is willing to fight again so soon, and he has of course earned a big payday, having given us so many excellent fights throughout his career. And though many fans will no doubt look at the younger, far fresher and perhaps peaking Canelo as a pretty big favourite to take Kovalev’s WBO belt (in so doing adding to his legacy, as a multi-weight world champ), no way can the Russian warrior be written off. No way.

It’s a gamble of a fight for Canelo, as fighting again so soon could be looked at as a gamble for Kovalev. Now let’s see if Canelo and his people extend a serious offer to Kovalev – one he cannot refuse.