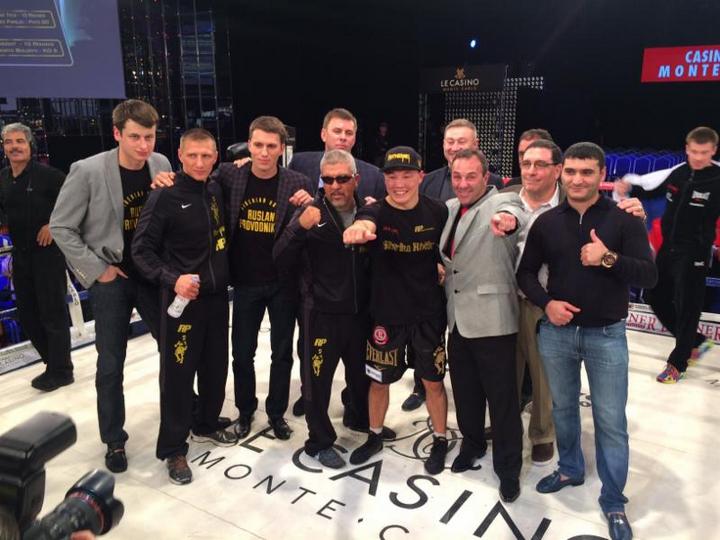 Ruslan Provodnikov promised to put on a show and he didn’t disappoint as he overwhelmed unbeaten Jesus Alvarez Rodriguez in four rounds at the glitzy Salle Des Etoiles in Monte Carlo on Saturday night. With HRH Prince Albert looking on, the former WBO junior-welterweight champion wasn’t unduly stretched as he hit his stride early and pounded away until the finish of their scheduled 10-round welterweight clash. The Russian was the aggressor and although his Mexican opponent had some success counter-punching, he didn’t have the strength to hold off Provodnikov.

Rodriguez was sent reeling in the fourth, taking an eight-count after a succession of hooks to the body. After Rodriguez was decked again soon after, referee Stan Christodoulou wisely called a halt. It was Provodnikov’s first win since his narrow April defeat to Lucas Matthysse.

“I must praise Rodriguez,” said the Russian later. “A lot of big names didn’t want to fight, but he did.”

Navarro was a game opponent, but the Armenian took over from the fifth round, switching between orthodox and southpaw in a bid to throw Navarro off track. The Venezuelan was deducted a point in the fifth round for a low blow, which foreshadowed his game plan un-ravelling.

After being put over in the ninth round he was asked by Christodoulou whether he wanted to continue. With a shake of the head, it was waved over.

Countryman Yonfrez Parejo had no better luck as he dropped a split decision to Ricky Hatton protégé Zhanat Zhakayinov for the WBA Interin bantamweight title.

It was nip and tuck from beginning to end with the Kazakh’s crisper punching giving him the edge.

In the night’s most explosive finish, cruiserweight Youri Kalenga of the Democratic Republic of Congo produced a devastating left hook to knock Roberto Bolonti of Argentina out in the ninth round.

Despite being put down twice in the third round, the Argentine proved a resilient opponent who often made Kalenga miss and was typically awkward. Bolonti also lost a point in the seventh for using his head.

Kalenga tended to be wild at times, but there was nothing wrong with his finish as he caught a back-pedalling Bolonti flush, sending him down for the full count.

In a fight for the WBC Silver super-bantamweight title, Qui Xiao Jun of China was barely troubled as he won via 11th-round TKO over Amor 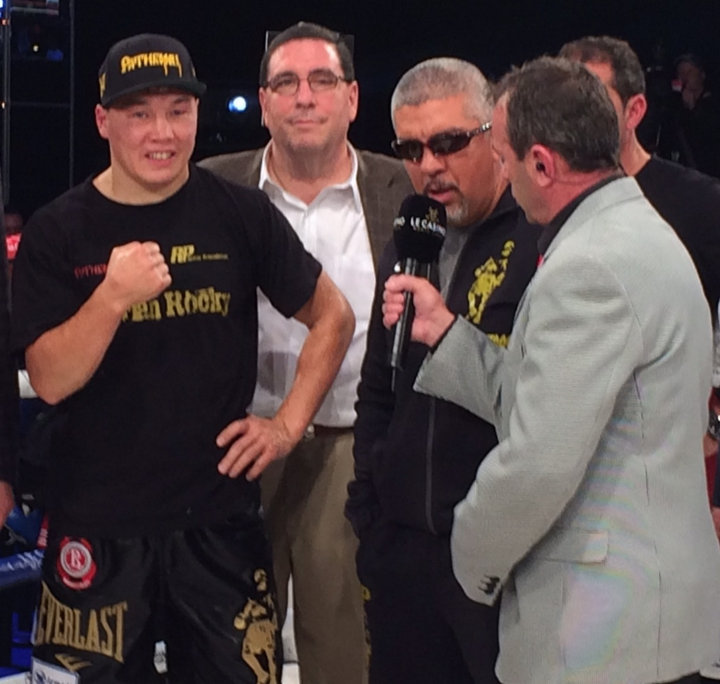