Robert Garcia feels that victory was close for Anthony Joshua against Oleksandr Usyk but something was missing, and Garcia believes that if Joshua had pressed Usyk two or three rounds before, like he did in round 9, the result would be different.

“Joshua should have started his pressure earlier”, Robert Garcia told IZQUIERDAZO. “On round 9 we put pressure on Usyk, and almost closed the fight, when he started to punch Usyk’s body more emphatically, and to press him more. If he had done that two or three rounds before, maybe the result would be different”.

AJ was executing the game plan that they trained in the gym, Garcia believes, but what he lacked was intensity.

“About the work that we did in the gym, and for how the fight was going (until round 9), I think that Joshua was doing what we planned”, Garcia explained. “He was using his punches to keep Usyk at distance, his jab, his reach. But I would have liked him to throw his jab with more power. Sometimes he was just using his jab to keep Usyk at distance. But there were many opportunities where the jab could have been more solid, but it wasn’t that way”.

Garcia insists that Joshua was competitive in the fight, and in round 9 he almost knocked out Usyk, but the fight changed on round 10.

Robert Garcia is convinced that Anthony Joshua lacked more intensity, and as his trainer, he takes responsibility for that.

“I was training him”, Garcia admitted. “I have to see what I missed (in our training camp). I am a trainer, and a person who doesn’t like to lose. I keep working, on Monday I arrived at my gym to start work in other fights that I have. I keep myself busy. But I think about that fight and really believe we were doing well until the tenth round. We were winning on judges’ scorecards. But we could have done more, throw the jab with more power. Throw his straight right hand more solid, throw his 1-2 combo more frequently”. 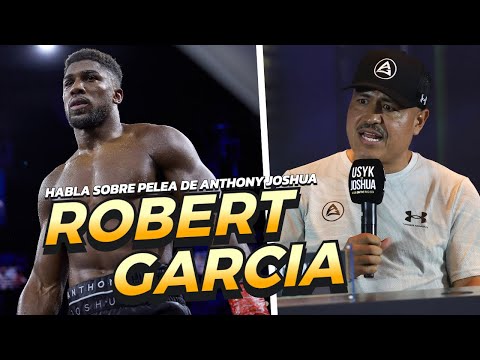