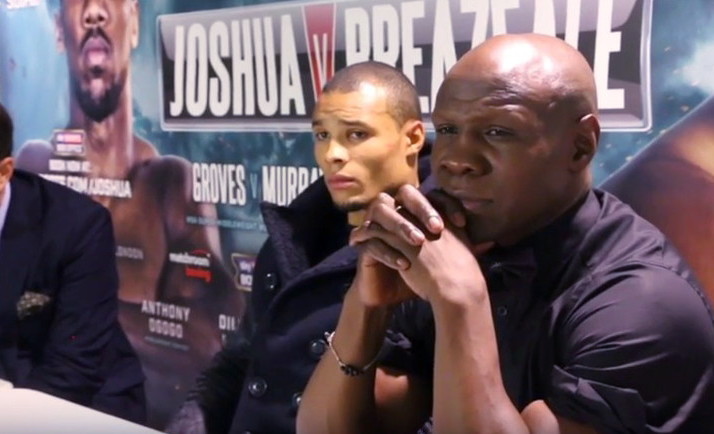 It seems the scheduled return to boxing for terrestrial channel ITV has been bugged by problems – what with fans balking at the idea of having to pay for the first planned ITV pay show, between Chris Eubank Jnr and the little-known Renold Quinlan in a fight that will contest the lightly regarded IBO super-middleweight title.

As critics have already pointed out, the show, scheduled for February 4, has no announced under-card and the main event does not seem worthy of carrying a payment fee (with rumours saying this fee could be as high as £20). But now, to make matters even worse, Quinlan says he may pull out of the fight due to what he says is a distinct lack of exposure and media attention.

“It’s only a few weeks away and I’ve got the feeling that it’s going to be delayed,” Quinlan said of the Eubank Jnr fight when speaking with The Mirror. “There’s been no media around it and it’s not getting the exposure it should be. I’ve been training well but I’m not 100 percent focused now. I have a feeling it’s going to get pulled.”

Quinlan, who says he hasn’t even got a flight booked from Australia to the UK, says he would like Eddie Hearn to step in and promote the fight, possibly on the huge Klitschko-Joshua card. This seems very unlikely, as the Eubanks and Hearn just cannot seem to work together, so Quinlan may well carry out his threat and walk away.

What a mess this whole fight/Pay-per_View debut for ITV has seemingly become.

Meanwhile, Eubank Jnr has again seen his name mentioned by the representatives of middleweight ruler Gennady Golovkin, who told Sky Sports that while “no new negotiations are in progress with Eubank Jr, we would be open to that fight, as we were last September when Eddie Hearn made the offer.”

Just where Eubank Jnr goes next if the Quinlan fight does fall through, is anyone’s guess! The former British middleweight has not boxed since last summer and he seems to be at risk of wasting his considerable talents.

Canelo tells Andre Ward: ‘You can get it in the ring too’ after Caleb Plant464 Total Shares
Ten Years Ago: Floyd Mayweather KO’s Victor Ortiz With The Ultimate Sucker-Punch, But Larry Merchant Steals The Show358 Total Shares
Exclusive Interview: Thomas Hearns Speaks On The Sugar Ray Leonard Classic340 Total Shares