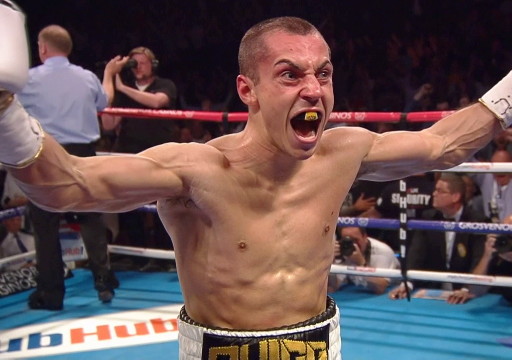 Midway through the 2nd round, Quigg took absolutely everything from his Spanish opponent – who seemed to be warming to the task after an encouraging opener – with an enormous right uppercut that dipped his legs and left him laid on the canvas moments later following a further assault from the vicious champion.

Upon returning to his feet he was met by a world wind of a champion who was hell bent on finishing him in a fashion we have never seen before.

Resistance was not an option and Martinez had absolutely no answer to a stinging barrage of punches that had him in all sorts of trouble, resulting in a huge right hook that stapled the Spaniard to the canvas for the full ten count.

This was clinical, ferocious and any other superlative you can think of to define the complete destruction of a respected and former world-class opponent.

Obvious talk of performance comparisons between Quigg and Frampton will rage on, but this was the night Scott Quigg extinguished the flames of any claims that he is not a legitimate World champion.

This was as world class as it gets, from the humble super bantamweight, who will probably be back in the gym, eager to improve, which could be a scary prospect. 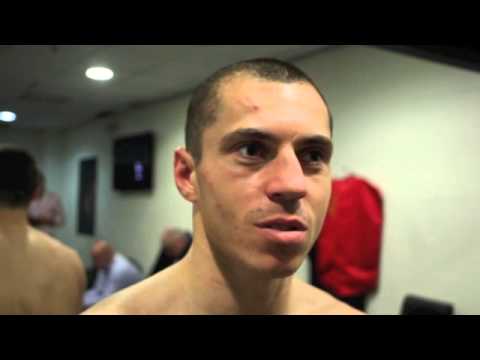 Anthony Crolla’s fairytale contained a cruel twist this evening when battling to a controversial draw against reigning WBA lightweight champion Darleys Perez, 32-1-1 (20KO’s), despite the champion having two points deducted in the final two rounds for repeated low blows.

When the judges scorecards of 115-114 (Perez), 116-112 (Crolla) and 113-113 the shock was audible around the boisterous Manchester Arena, who believed completely that they had roared their man on to victory.

Crolla, 29-4-3 (11KO’s), his team, the crowd and a dejected looking Darleys Perez, could see the writing on the wall, only for the rug to be lifted from Crolla’s feet once more in a cruel twist of fate befitting the last 3 years of his life.

The fears that Crolla would be outclassed, or suffering lasting damage from a horrific attack that left him hospitalised last year, were vanquished almost instantly as both fighters went about their business confidently from the first bell.

The Manchester man established his impressive jab early, pumping it repeatedly in the face of the Columbian, who was content looking to counter the challenger to good effect.

It was Crolla who made the first impression when a perfectly timed right hook turned the champions legs to jelly only for the Perez to tuck up well and hear the bell for the end of the second stanza.

Showing no ill effects from his mini crisis, Perez rallied, regaining his senses, finding Crolla off either wing regularly to regain a foothold in a fight that threatened to get away from him against the odds.

When Crolla gets his jab going it lands with such rhythm that his opponents seem devoid of that very quality and Darleys Perez was no different, launching his erratic attacks with varying success.
Crolla controlled the action through to the 10th behind his wonderfully timed jab, happy to exchange punches with the dangerous Perez to find a home for his work. The last word in the exchanges invariably came from Crolla, his high work rate visibly effecting Perez, whose footwork became laboured.

In an apparent act of desperation Darleys Perez was deducted two points for wild low blows throughout the fight.

Regardless of the result and it must be said a lot of the action was difficult to score, Anthony Crolla put on an incredible performance against a fearsome and world class opponent and for this writers money at least, should toasting his new belt. 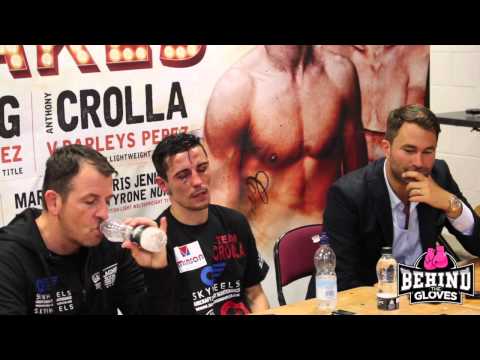 As it is, Perez returns to Columbia with the WBA lightweight crown and Crolla is sent back to the drawing board for what he must hope is the final time, for there isn’t a more deserving man within the sport.