PILSEN – Three Czech boxers will fight for their titles on March 5 at HM Arena in Pilsen. H Fabiana Bytyqi (6-0, 2 KO), Lucie Sedláčková (5-0-1, 2 KO) and Štěpán Horváth (15-5, 6 KO) will fight for European WBO titles in their division. But this is not all. The fans will have the opportunity to see eight fights. And one will be better than another.

It’s been four years since the world-title fight took place in the Czech Republic. Lukáš Konečný won over the French Salim Larbih. And Lukáš Konečný now together with his stable SES Boxing and the Pilsen formation Qwert Boxing now organizes this event.

„It is great that my colleagues Michael Wallisch and Franceco Pianetu are in my stable but I think that it is me who is the best heavyweight in the stage. And within two years I would like to be the best in the world,“ a twenty-one-year-old bloke for whom the local beer is the reason why he likes Pilsen.

„It is the only Czech word I know,“ smiled Schwarz. He won’t be the only one interesting for fans of heavyweight division. The former Czech number one, Ondřej Pála (33-5, 23 KO), will return to the ring for the exhibition with the British Danny Williams (48-25, 36 KO). The planned fight against Pavel Šour is impossible to be held due to the rules of his amateur career.

Josef Zahradník (1-0, 1 KO) from Pilsen or Sebastian Bytyqi (6-0, 6 KO), Fabiana’s younger brother, will be there as well. The eight fight will probably be Robert Stieglitz (48-5-1, 28 KO), a former world champion in super middleweight division who is now in light heavyweight division.

„Robert has not been signed yet but he is the next great boxer. The event will be quite unusual for him as won’t be the main star,” said Lukáš Konečný. He hopes that the diversity of boxers and divisions will appeal to a wide range of fans.

The stadium fillers will definitely be our Czech fighters. Lucie Sedláčková entered the press conference with a quite nervous speech when she wished everyone “a good evening” at noon: “Good evening. I am looking forward to the match very much, it is a great change for both of us. It will be the first ten-round fights for both of us.”

„I would like to thank you that you are here. I am really looking forward to this event. I surely be nervous but this is something I’ve been dreaming about my whole life. I am happy that I can already fulfill my dream,” added her partner from SES Team Czech Republic Bytyqi, who was apparently calmer.

Konečný, as a true gentleman, answered the question about the growing nervousness: „The are likely to be nervous but the girls have a perfect trainer who will support them, tell them some kind words and everything will be as it should be.

Then he was more serious: “It is good for them that there will be more title matches. I will be in the corner with them and with Sebastian Bytyqi. I must have enough time to help the girls. They are both quite calm, psychically stabily. It there was to much media fuss around them, I would tell them to relax or to train. The situation will be something new for them but I think they will be able to handle that.”

He also believes in cooperation with some of the Czech televisions. “This is difficult, really difficult. This gala will cost more than ten million and we need television to help us with it. I believe that we will work that out. Nova Sport has started to support girls, broadcast their fights from Germany and we hope it will be helpful now as well.”

„The card is now full. And I hope we will fill the whole capacity – that means eight thousand places,” added Konečný. “Starting today, the tickets are available. It they would have been sold by the end of the week, the event will be organized at Pilsen football stadium. But we want to be modest,” said Matouš Rajmont whose agency Hera is responsible for the course of the pompous event. 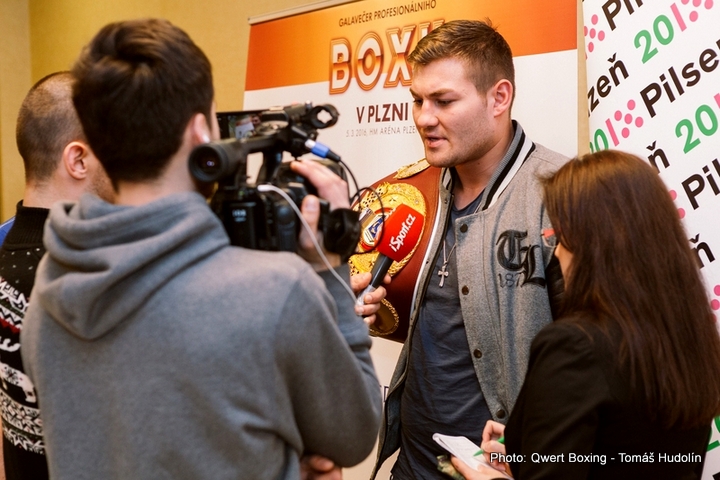 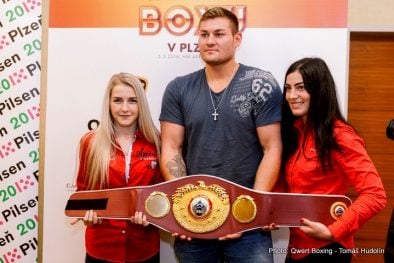 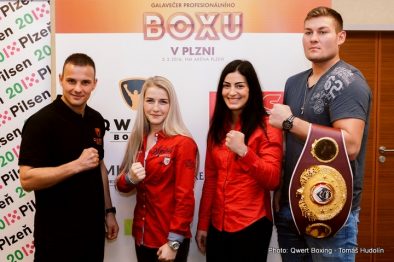 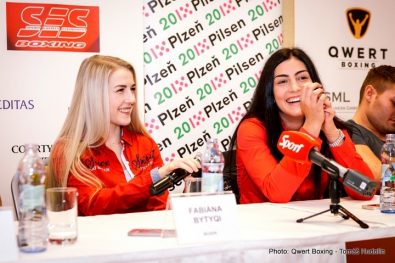 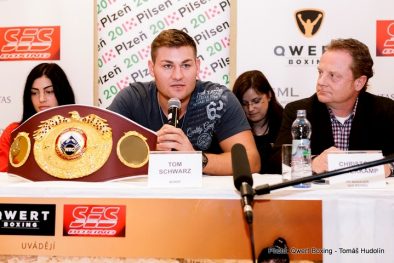 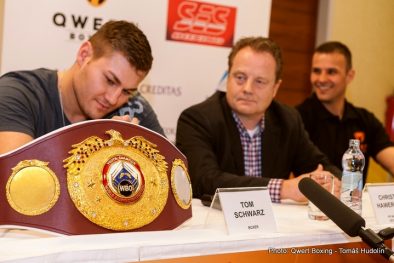 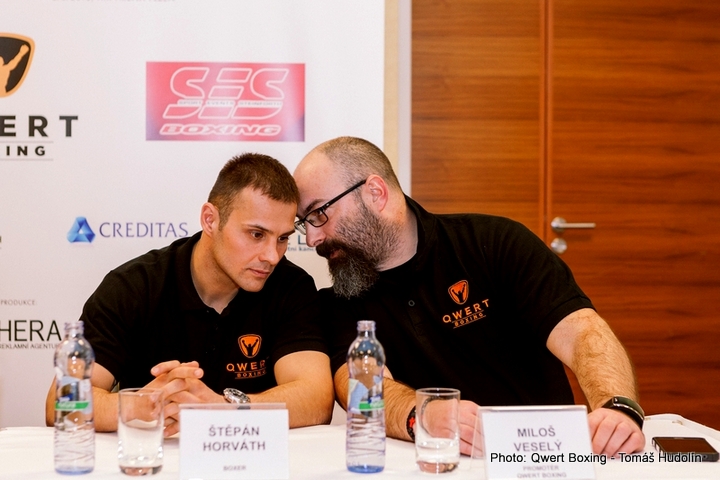