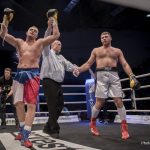 PRAGUE – A fully packed Kralovka Arena in Prague proved to be a venue for some stellar boxing spectacle this past Saturday. All in all, ten fights were scheduled – and each had its own, unique script. Among those who impressed the most were Stepan Horvath (18-5-0, 8 KOs), Josef Zahradnik (8-0-0, 4 KOs), Lucie Sedlackova (9-0-1, 4 KOs) and Fabiana Bytyqi (10-0-0, 3 KOs), but unfortunately, their stellar fights had no such support from the crowd as the planned visit of American boxing legend Floyd Mayweather eventually failed to materialize. 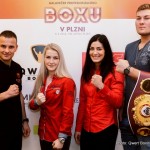 PILSEN – Three Czech boxers will fight for their titles on March 5 at HM Arena in Pilsen. H Fabiana Bytyqi (6-0, 2 KO), Lucie Sedláčková (5-0-1, 2 KO) and Štěpán Horváth (15-5, 6 KO) will fight for European WBO titles in their division. But this is not all. The fans will have the opportunity to see eight fights. And one will be better than another. 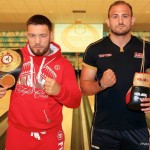 PRAGUE – He came to Czech Republic for two weeks, for two fights and to prepare for the last fight in his career. But forty-year-old Danny Williams (46-21) has another goal to achieve.

“I want a revenge with Tomáš Mrázek. I beat him once and I think it is possible to beat him again and to have a great fight,” says a nice bloke from Brixton who admires Jersey Joe Walcott, Joe Frazier, Muhammad Ali and Rocky Marciana. And also, surprisingly, Mike Tyson. A man who was beaten by him…

PRAGUE – Ten days ago, after being beaten by Peter Quillin, Lukáš Konečný ended his long professional career, and a week before, Štěpán Horváth had lost with Tolja Hunanyan. It is no surprise that the Czech boxing scene is looking for a new professional star. Will that be a 26-year-old Slovak Martin Parlagi (14-0)? 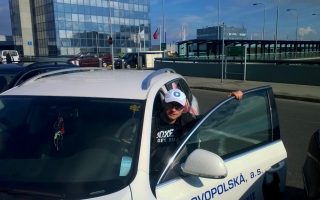 Wearing a brand new glasses and with a big smile on his face – that’s how the Czech Republic’s most successful professional boxer Lukas Konecny (50-4-0, 23 KOs) approaches his American adventure (as well as his ultimate fight) against the local middleweight champion Peter Quillin (30-0-0, 22 KOs).

“Quillin’s still the big favorite, but I won’t give him anything for free. We’ve done some things in the camp, working on a specific strategy, so let’s see how it all pans out in the actual fight,” said the 35-year old fighter from Usti as he was waiting on the Prague Vaclav Havel Airport for his noon departure for Frankfurt. Once there, he’ll join his trainer Dirk Dzemski, and the two will then head straight for Washington D.C. 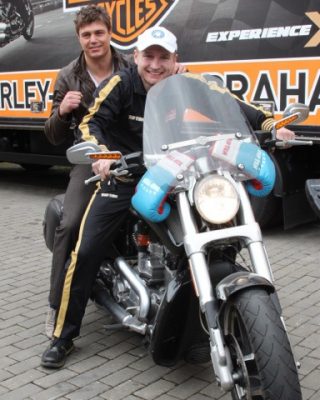 Exactly one month before the “world title” match with Peter Quillin (30-0) in Washington, the best Czech professional boxer Lukáš Konečný met with journalists at a press conference in Prague which was gathered by his stable SES Boxing and Profiboxing.cz.

What was said there? The main thing was that this 35-year-old fighter from Ústí nad Labem said that the fight the undefeated American boxer with Cuban roots would be the last one in his career.

“I’ve been saving the best for last. I want this fight to be my last. The result is not important. I’ve been doing this sport at top level for more than twenty years. Now it is time to leave,” said Konečný who has fought in fifty-four fights during his professional career. During his amateur career, he participated in more than 300 duels.

Konečný’s coach Dzemski and Christof Hawerkamp (a press agent of the stable SES) approved the decision. But then Konečný finally confirmed that thanks to the option of the Golden Boy Promotion stable, which is the main organiser of the gala, there is a chance that he may return one day. 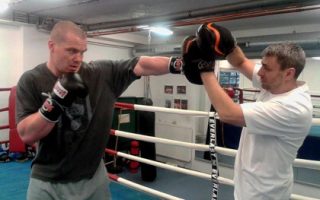 Last November he experienced a bitter end of the closely watched fight with Dereck Chisora (20-4). A few months later, the best Czech heavyweight fighter Ondřej Pála (33-4) is going to face another rival from the British Islands, David Price (16-2), no matter that he competes for a German team with the Austrian Sauerland Event licence, David Price.

Approximately half the way through a seven-week-long training, the 29-year-old member of the Médea Boxing Team of Prague is quite content. “I feel perfect,” says a noticeably thinner Pála in an interview with Proxiboxing.cz. “Next week, tall guys are going to come for sparring, everything has been going smoothly so far,” adds his coach Jurij Krivoručko.