By Paul “Paparazzi” Jones  | Photo © Paul Jones – OXON HILL, MD – When WBC world champ, Gary Russell Jr. (28-1, 17 KOs), and mandatory challenger, Joseph Diaz Jr. (26-0, 14 KOs), lock horns on Saturday night at the MGM National Harbor in Maryland, one thing is for certain: the winner will be one step closer to unifying a featherweight division that is bursting at the seams with talent and titlists.

Nevertheless, Russell Jr.’s fight against the 25-year-old Diaz Jr., which opens Saturday’s split-site card (10:05 p.m. ET/PT), is a high-stakes affair for two reasons. First, a loss for the DC Native would effectively derail his hopes of unifying the division. Second, and equally important, a loss to Diaz Jr. dampens Russell Jr.’s case for a rematch with consensus pound-for-pound king, Vasyl Lomachenko.

According to Russell Jr., a shot at avenging his only pro loss to Lomachenko remains atop his boxing bucket list, along with cleaning out the featherweight division.

Given these subplots, boxing fans can expect an all-action matchup when Russell Jr. and Diaz Jr. enter the ring.

Fortunately, Friday’s weigh in results confirmed that Russell Jr. vs. Diaz Jr. is on.

Here are the official weights: 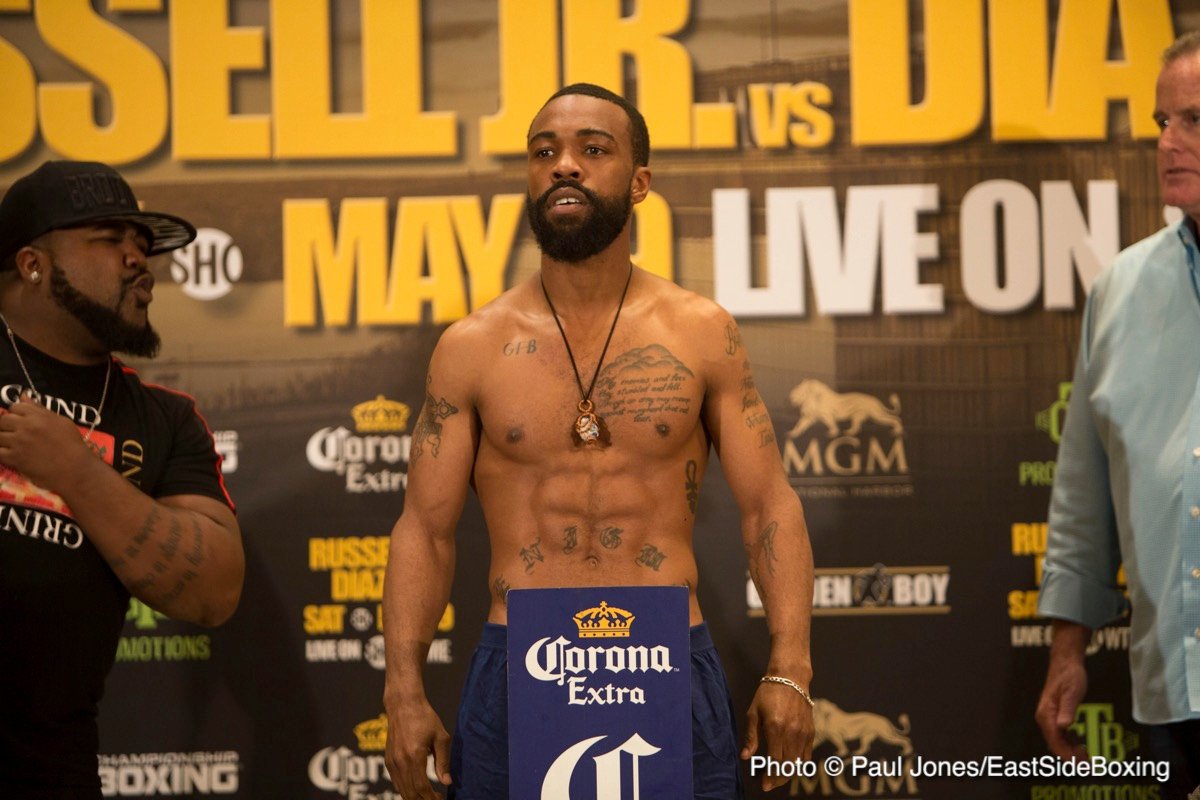 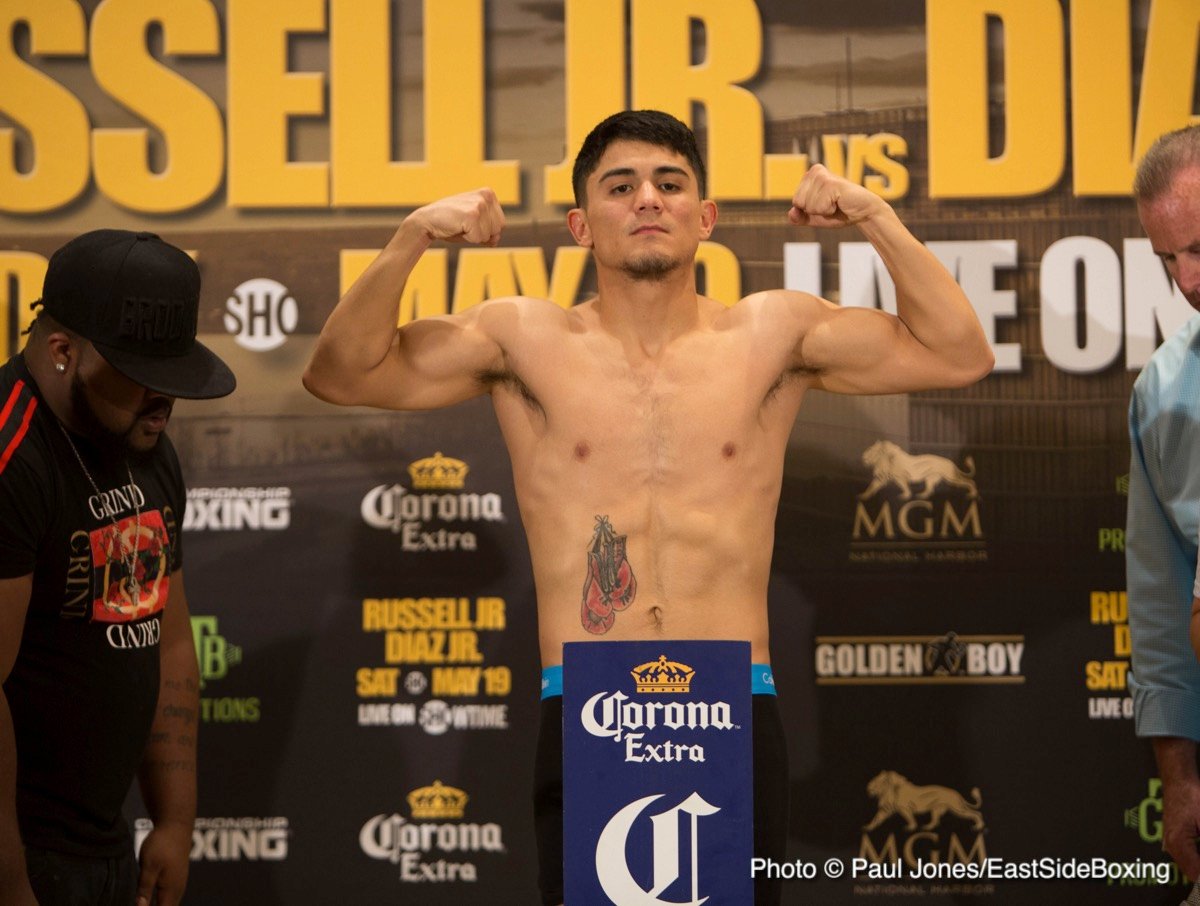 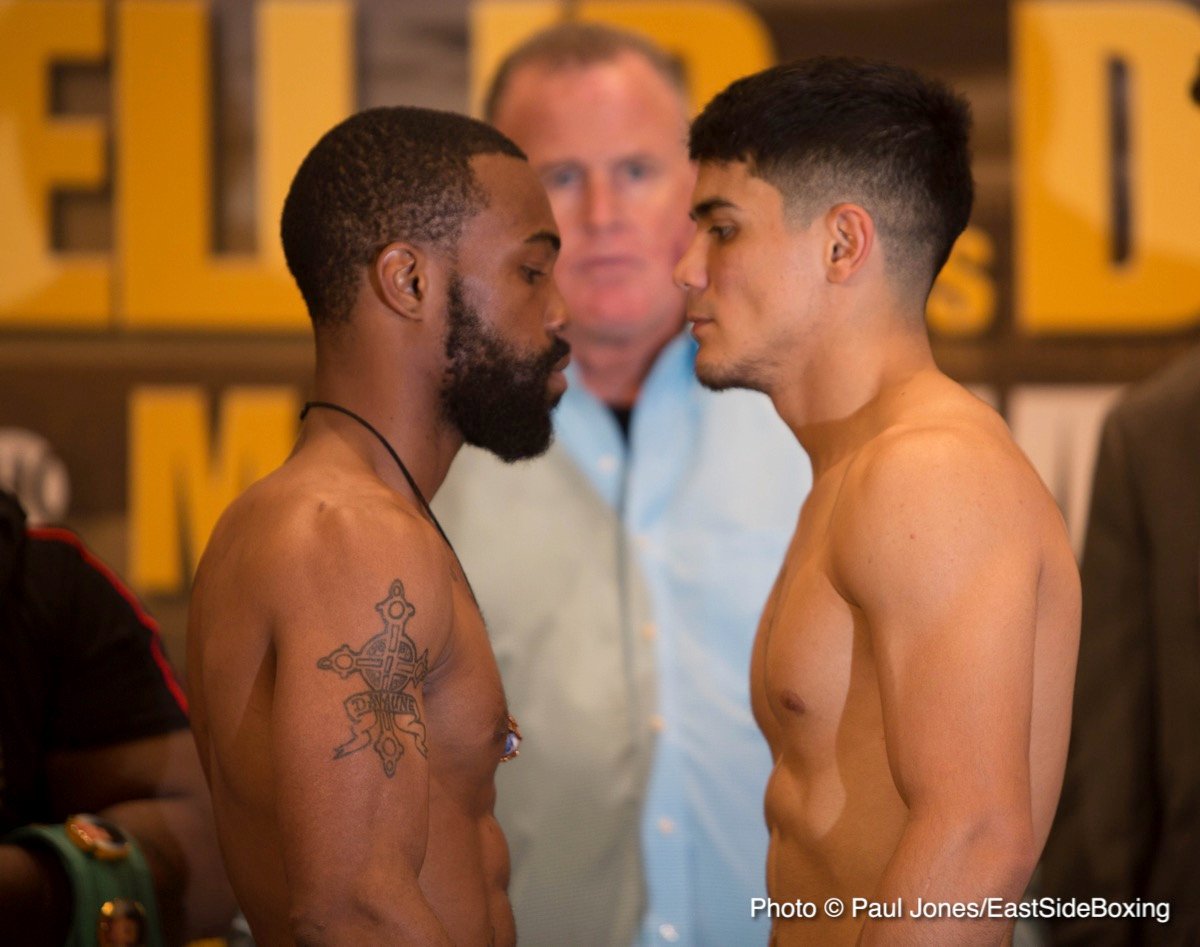 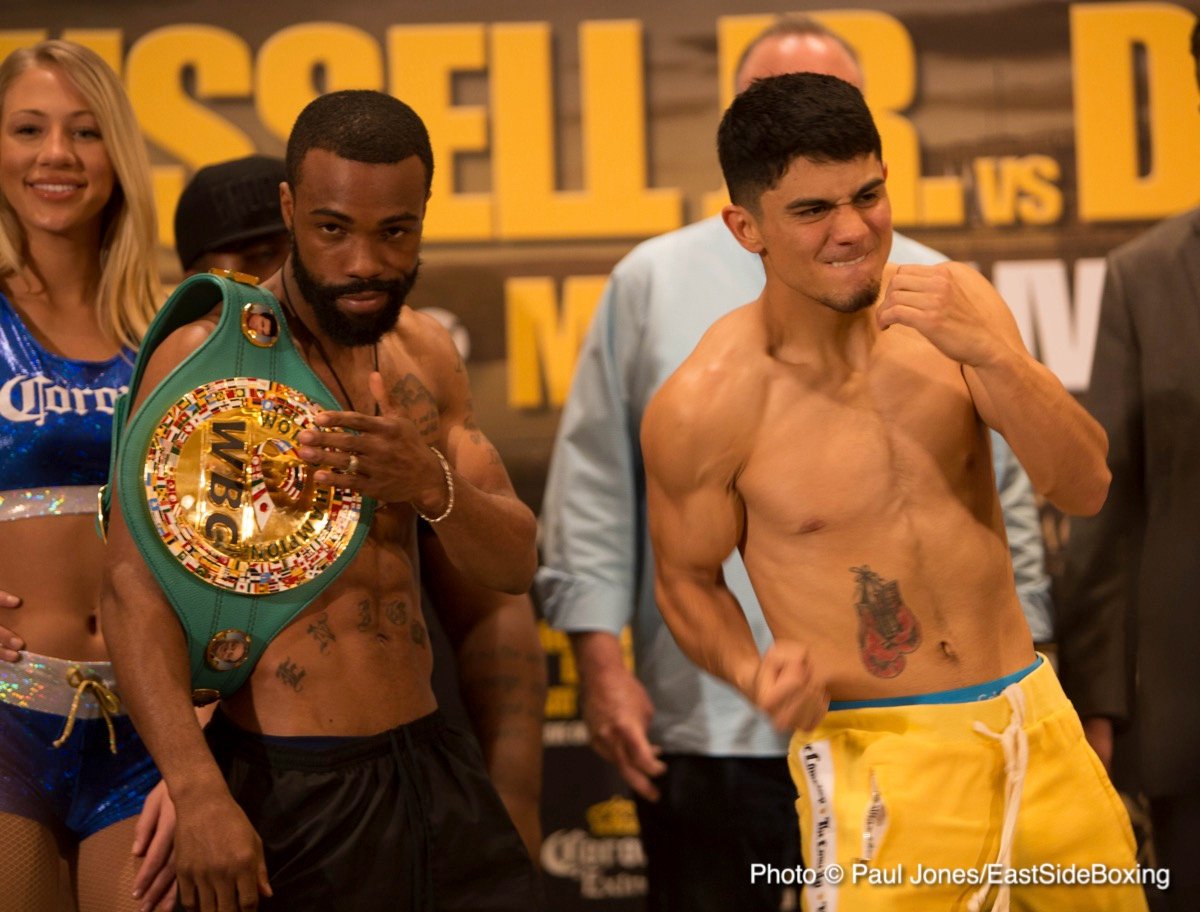 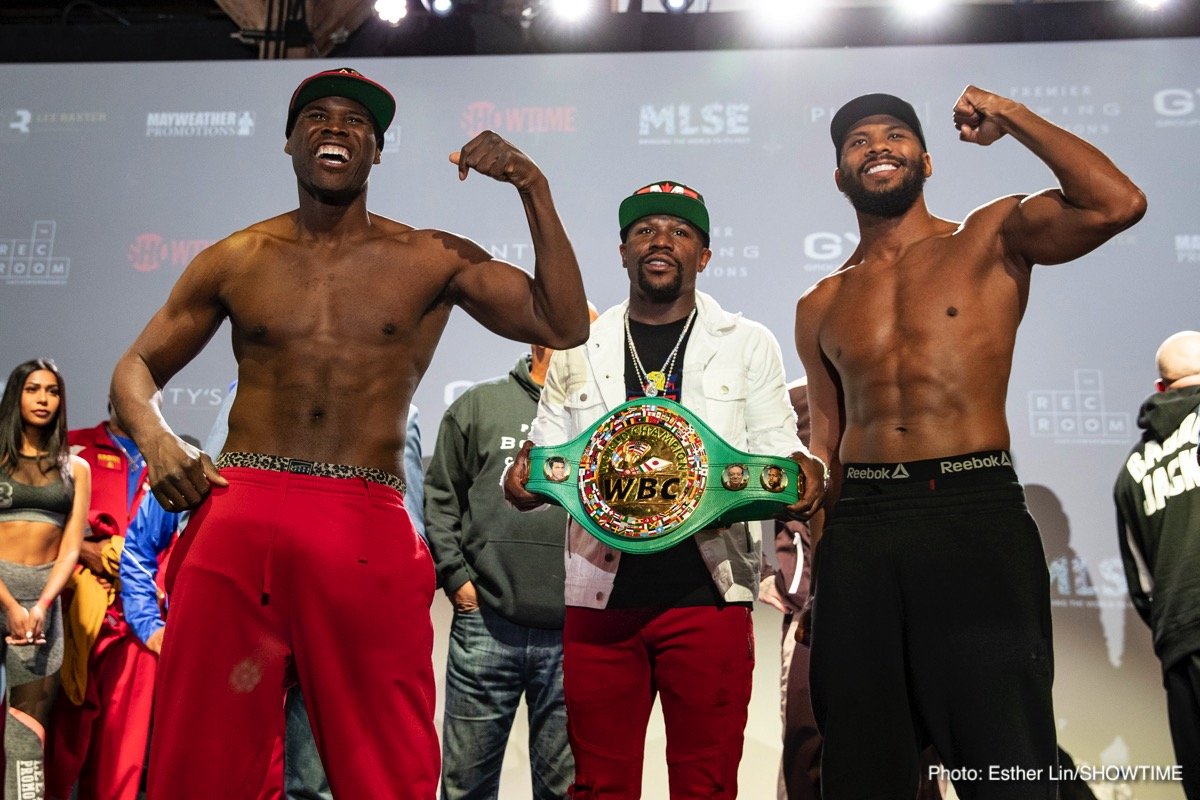 Stevenson will defend his title against Jack in a bout that could produce a Fight of the Year candidate.

And, don’t forget to check out our Twitter polls and let us know who will win Russell Jr. vs. Diaz Jr. and who you’d like to see the winner fight next.  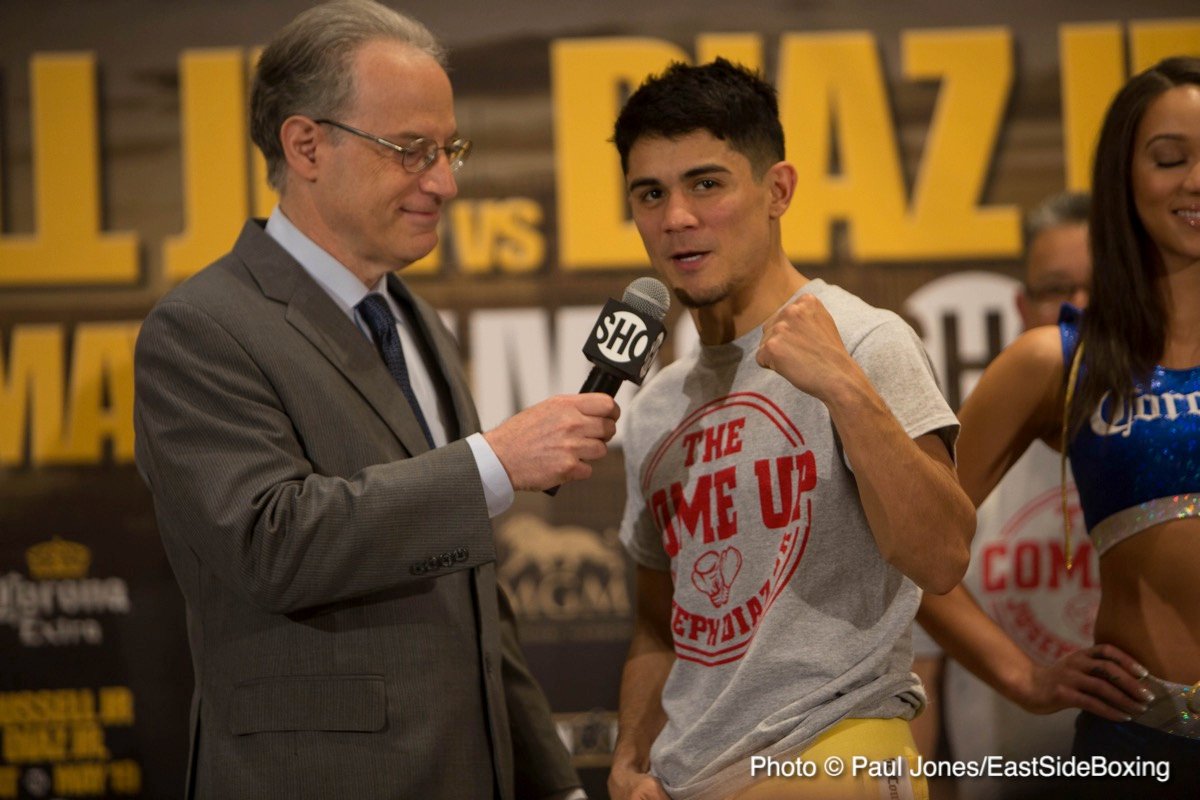 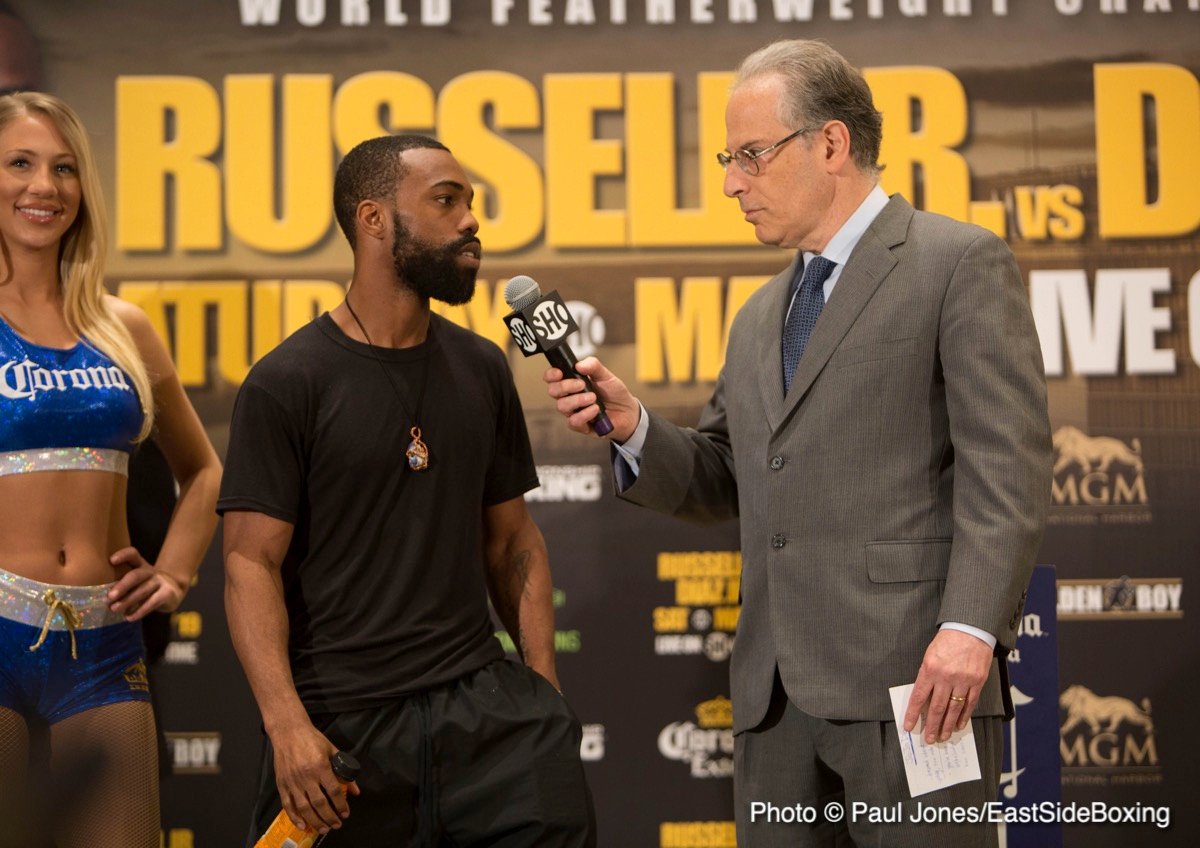