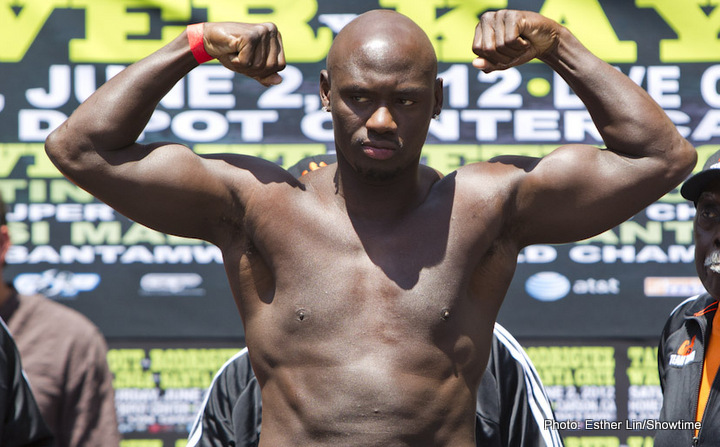 It seems almost an eternity ago that Antonio Tarver, as a light-heavyweight, stunned the entire boxing world with a second-round KO win over pound-for-pound king Roy Jones Junior. That was back in 2004 and a whole lot has happened since, with “The Magic Man” going through plenty of ups and downs.

Tarver, now aged 49 and sporting a 31-6-1(22) record – during which the former 175 pound ruler has never come close to being stopped – has survived defeat, a failed drugs test, long and frustrating layoffs and the inability, he says, to get a meaningful fight. Well, Tarver now has himself a good fight. Set for June 10 (a Sunday) in Lancaster, the southpaw from Florida will face Travis Kauffman.

Tarver will be having his first fight since his August draw with Steve Cunningham in 2015. 3-0-1 as a heavyweight, Tarver still believes he can win a word title if he is afforded the opportunity. Kauffman, 31-2(23) has also endured inactivity, having fought just twice since his big 2015 fight with Chris Arreola (a 12 round points loss that was later changed to a no-decision due to Arreola testing positive for marijuana). The 33 year old from Reading, Pennsylvania lost his last fight, when he was decisioned by Amir Mansour in March of last year and he too needs to win on June 10.

It may all depend on how much Tarver has left. Experience-wise, and from a point of sheer class, Tarver is leagues ahead of Kauffman, but Tarver is the naturally smaller man and he is almost 50 years of age. Kauffman is no huge puncher, so we may have a distance fight next month. Kauffman should be able to outwork and outpace Tarver but a stoppage win seems unlikely.

Or can Tarver reel back the years for one more “magic” night? If Tarver can pull off a win, he may get himself a bigger fight. Even so, it’s almost impossible to picture Tarver defeating an elite heavyweight; let alone one of the two reigning world champions. Tyson Fury has mentioned Tarver as a possible foe during his soon-to-begin comeback though, so there could still be some money out there for Tarver to get his hands on.