Weigh-ins can be dull and formal affairs, with the process being nothing much more than a mere formality. But with the heavyweights, things can prove interesting, and the upcoming weigh-in for the Oleksandr Usyk-Anthony Joshua rematch could prove very interesting. Reports have come out telling us how Usyk, the former unified cruiserweight king who has had just three fights as a heavyweight, has added some serious muscle to his frame.

Amir Khan, who spoke with Seconds Out, says Usyk told him he has packed on a quite incredible 15kg (a little over 33 pounds) due to his simply brutal training routine (which is said to include a gruelling 5 hours of swimming) – so this means Usyk, who came in at 221 pounds for the first Joshua fight, could in theory tip-in around the 250 pound mark on August 20! That does seem too high, yet Usyk was telling Khan the truth, it is possible Usyk could weigh MORE than established heavyweight Joshua on the night; who came in at 240 back in September of last year. 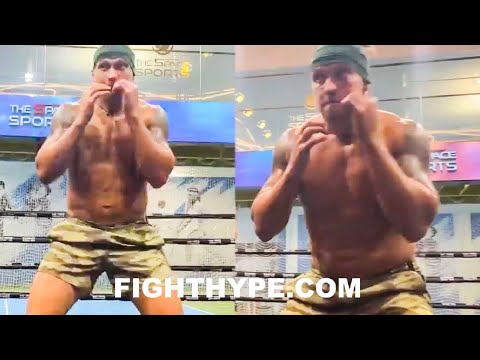 And Usyk has added only muscle, not fat (at least this is what it looks like in the photos and “leaked” training footage we have seen of the Ukrainian). It would be a real stunner if this “small” heavyweight, which is what plenty of people were calling Usyk when he made his heavyweight debut against Chazz Witherspoon back in October of 2019, scaled around 250 pounds for the big rematch.

Khan has been impressed by the “solid muscle” Usyk has packed on, telling Seconds Out how Usyk is “very thick” and that he could “see the definition in his body as he was hitting the pads.”

Khan said Usyk no longer resembles his former cruiserweight self one bit. Fans are now excited to see whether Usyk will be a far better, more powerful, physically stronger fighter in the rematch in Saudi Arabia. If Usyk is superior in these departments, and if at the same time his speed has not been compromised by the added weight, Joshua could be in big trouble.

To repeat, next Friday’s weigh-in should prove most interesting. 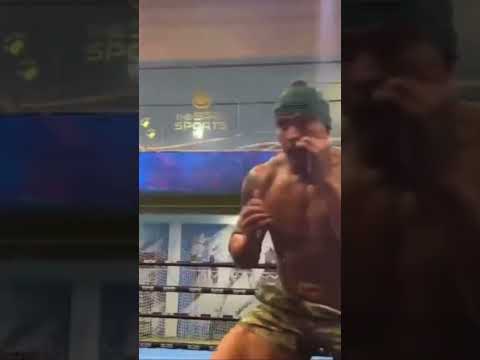