This Saturday night Teofimo Lopez embarks on his ‘Takeover 2.0’, this time at the junior welterweight division. When the opening bell rings Lopez’s foe standing across the ring from him will be once-beaten Pedro Campa. This event’s purpose is to re-launch Teofimo after suffering his first professional defeat last November to the former lineal champion at lightweight George Kambosos. At the 140-pound division there are plenty of quality opponents for Teofimo Lopez to help accomplish his quest of becoming undisputed according to him and his father Lopez Sr. This fight card will be broadcasted live on ESPN/ESPN Deportes and streaming on ESPN+.

To be fair their isn’t much to break down as far as preview wise when it comes to Saturday’s main event bout between Teofimo Lopez and Pedro Campa. Campa has a shinny record 34-1-1 but as they say the devil is in the details, Pedro’s best win came in his last time out stopping a boxer with a 22-0. It doesn’t take long to look at Carlos Sanchez Valadez’s resume and realize it’s very weak. Other than that win, Campa had a draw with a solid fighter in Abner Lopez in 2019 but also was stopped by the 11-8-1 Carlos Jiminez in 2017. His best win may be Marvin Quintero or maybe Juan Antonio Rodriguez. It’s safe to say Lopez will get a knockout it’s just a matter of when and what punch.

My Official Prediction is Teofimo Lopez by early to mid round knockout.

If Teofimo plays his cards correctly on Saturday night he could sneak in one more outing and it may be headlining on the annual Top Rank slot post Heisman Trophy Award show which is always a great rating to help as a lead-in to boost the numbers. Bob Arum spoke this week to the media and he listed several options on the table for Lopez’s next fight. Jose Ramirez is a possibility, although he just made a deal with the WBC to allow Jose Zepeda and Regis Progrias to go thru with the winner forced to fight him so the outcome of those two bouts could be pushed back to mid-to-late 2023.

Bob Arum also mentioned the winner of Josh Taylor vs. Jack Catterall once again that would likely be pushed to next year given their fall date. Devin Haney appears to have not just one fight in a rematch against George Kambosos, but also Arum seems to be targeting Vasiliy Lomachenko for Haney in the 1st or 2nd quarter in 2023. That would allow the outcome of Haney/Kambosos 2 and at the same time give enough time for Lomachenko to get a tune-up of sorts in.

The Teofimo camp reiterated the most important foe is the one with a belt attached to it. What that means for Oscar De La Hoya attending Saturday’s event and the chances we could get a Teofimo Lopez vs. Ryan Garcia is doubtful. It should be noted that Bob did say he was open to talks with Oscar for what would be a phenomenal pairing.  Arnold Barboza Jr. just collected a victory over Danielito Zorrilla in July on ESPN so presumably he is a frontrunner for a potential December matchup.

Side Note: Rising junior welterweight prospect Xander Zayas takes on Elias Espadas in an 8-rounder and Andres Cortes vs. Abraham Montoya all part of the TR/ESPN undercard. 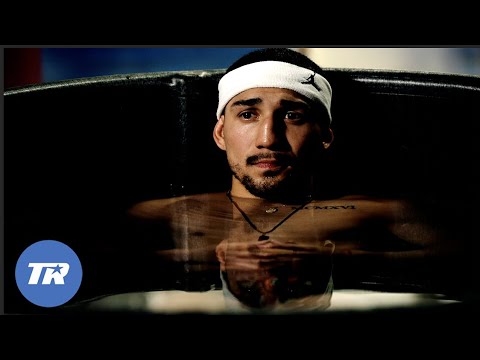