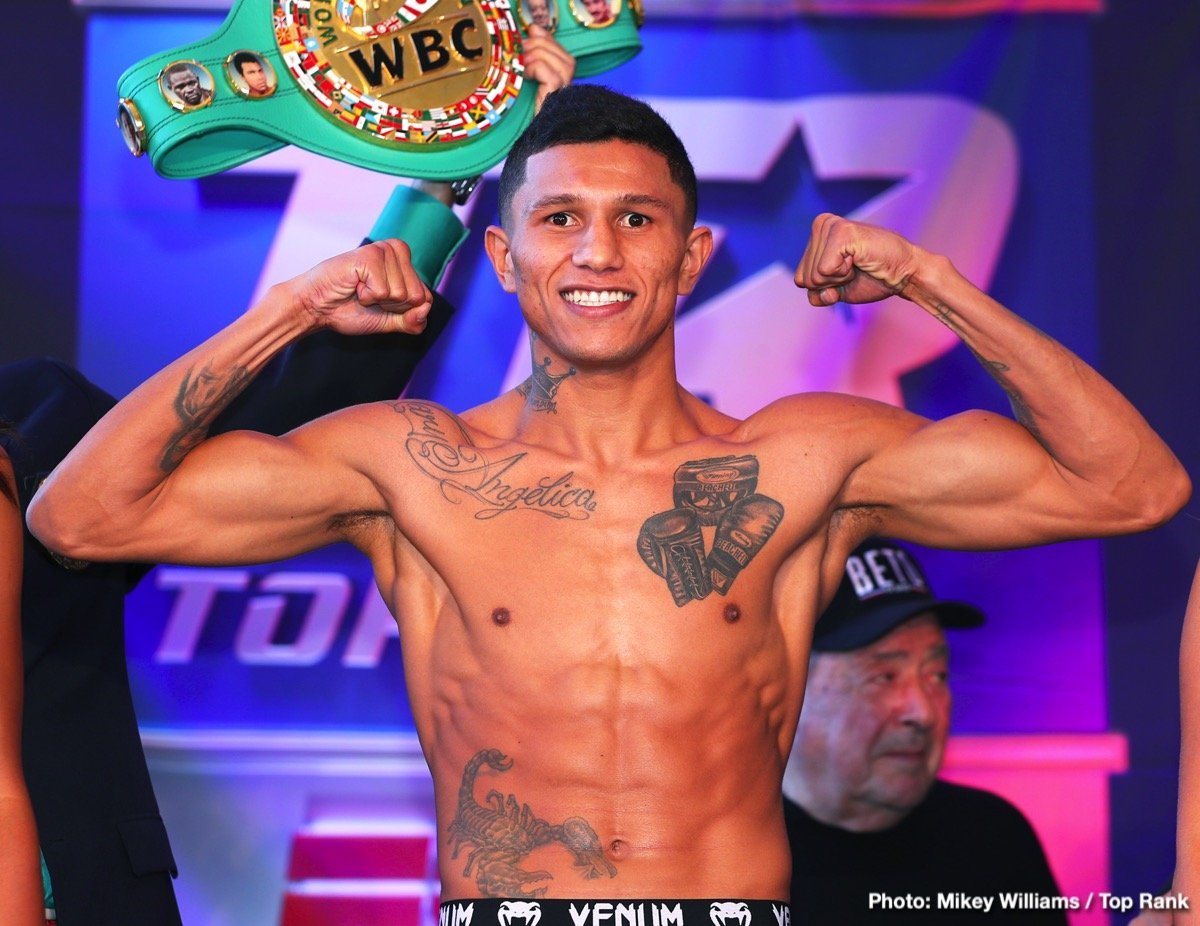 Expectations are high going into this Saturday night’s fight between 130 pound warriors Miguel Berchelt and Miguel Roman, as is almost always the case whenever two proud Mexican fighters face each other. In fact, it’s fair to say Saturday’s WBC title defence by Berchelt, 34-1(30) against Roman, 60-12(47) is not getting the hype or attention it deserves; with only hardcore fight fans getting truly excited about the upcoming fight/war.

While it’s true neither guy is a star, or even a big name, the action is all-but 100-percent guaranteed to be sensational when these two lock horns in El Paso; as Berchelt has made clear. Both men are hungry for a KO win but they also know it will be tougher than tough in there. Berchelt, who is making the fourth defence of his belt, has already given us an absolute classic: his title-winning stoppage victory over Francisco Vargas. That 2017 war had it all and fans walked away wanting more from Berchelt.

Since becoming champ the 26 year old has won a close one over Takashi Miura (Berchelt showing his boxing skills here) and he has made pretty swift work of both Maxwell Awuku (TKO3) and, last time out, Jonathan Victor Barrios (TKO3). Roman, winner of his last four – including a fine stoppage win over everyone’s favourite tough warrior, Orlando Salido in 2017 – figures to test Berchelt harder than anyone else has done this year.

Roman, the older man by six years at 32, may not have a shining record with those 12 losses, but he has been stopped just twice. Common opponent Miura manged to halt Roman in the 12th-round of another slugfest in January of last year, while you have to go right back to 2012 and Roman’s lightweight title fight with Antonio DeMarco to find his only other stoppage loss.

Berchelt was stopped via TKO in his sole loss, when Luis Florez beat him back in 2014, but there is nothing wrong with Berchelt’s chin – or Roman’s. The fight on Saturday could indeed prove to be FOTY material. Both fighters are expecting this, and they’re ready for war. Come to think of it, no hype is needed here.