It has been reported by Mail Online how British hero (in every sense of the word) Michael Watson will be enshrined in the British boxing hall of fame this month, on the 18th. In recognition of the efforts, he has made to combat severe brain injury and for the many £thousands Watson has earned for various charities, the 57-year-old, will get what he fully deserves in London, at the ceremony provided by the British Ex-Boxers Association.

Watson, who suffered terrible brain injuries in his September 1991 return fight with Chris Eubank – and was, it was thought, going to die as a result of the trauma – made a recovery that was/is nothing short of miraculous. After having been in a coma for 40 days, Watson was then wheelchair-bound for months. Watson, who refused to give up, had to learn how to walk, to talk, to read, and to write all over again.

In time, this incredible person – really a true fighting man – even managed to run a marathon. Watson was an excellent fighter in the ring: defeating Nigel Benn and giving Eubank two hard fights, yet he is an even greater fighting human being. The honour he is about to receive has been a long time coming.

“I have to thank my carer (Haroun Topalak), he has done so much for me,” Watson said. “I am training every day – each day getting a big stronger, a bit better. I always want to show people you can come back from hard times.”

Watson came back from unbelievably hard times, and astonishingly dark times, and he truly is an inspiration to millions. One of the best British fighters never to have managed to win a world title, Watson holds a unique title all of his own – that of ‘Miracle Man.’ Begging the also brave Danny Jacobs’ pardon, but this title is Watson’s and Watson’s alone.

All these years later, and many fight fans who were either there live or were watching the fight on TV, will never forget the sheer effort Watson made against Eubank, who he really did dislike at the time. Watson pushed himself as hard as any fighter ever has in the search of victory. And Watson was mere seconds away from triumph, when Eubank, who dug so deep himself, came back with that cruel punch to end the fight.

To this day, many fans have been unable to watch the fight on video. They don’t need to; the memories are as stark as can be. Over three decades on, it’s simply remarkable that Watson is still here. He is one of a kind. 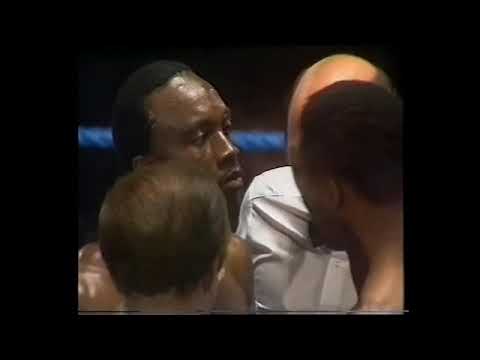