Regis Prograis says he’ll be looking to fight Gervonta ‘Tank’ Davis or Ryan Garcia after he wins the vacant WBC light welterweight title in his fight against Jose Zepeda (35-2, 27 KOs).

t’s been three years since Prograis lost his WBA belt by a narrow 12 round majority deision to Josh Taylor in 2019.

It’s taken Prograis longer than expected to work his way back into the title picture due to him having problems trying to get the top contenders to face him. The only reason Prograis is getting this opportunity to fight for the vacant WBC 140-lb belt is because Jose Ramirez, who was supposed tto fight Zepeda, is getting married and won’t be available.

“I think he’s good. He’s definitely a dangerous fighter. It’s going to be a good fight. That’s all I want to say about it now,” said Regis Prograis to Fighthype about his clash against Jose Zepeda for the vacant WBC 140-lb title.

“So if you ask me this stuff when I’m in fight camp, I’ll give you a different answer. I want to fight for the belt. After that, then we can discuss this,” said Prograis when asked if he’d like to fight Ryan Garcia.

“For me, I want to be champion again. That’s legacy, the championship stuff. The money is cool and all that stuff. Don’t get me wrong, you definitely want to fight for money.

“My goal, I stayed at 140 because I want to fight for the belt. I could have if I wanted bigger money, I could have gone up to 147 a long time ago. I want to be a champion.

“Yes, it is. That’s exactly why,” said Prograis when asked if he’s staying at 140 because the popular 135-pounders are moving up in weight. You hit it on the head. I’m definitely staying around.

“So that’s why, I stayed at 140, because I feel like the 140-lb division in the next two years, it’s going to be the hottest division in boxing. I definitely been wanting to fight Gervonta for sure,” said Prograis. 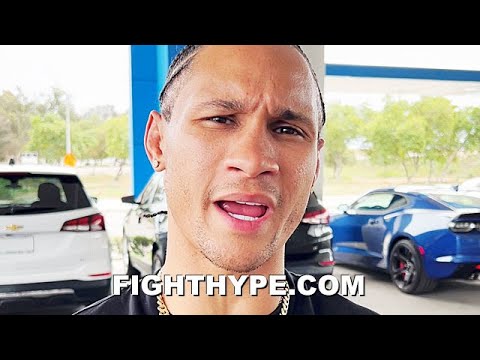