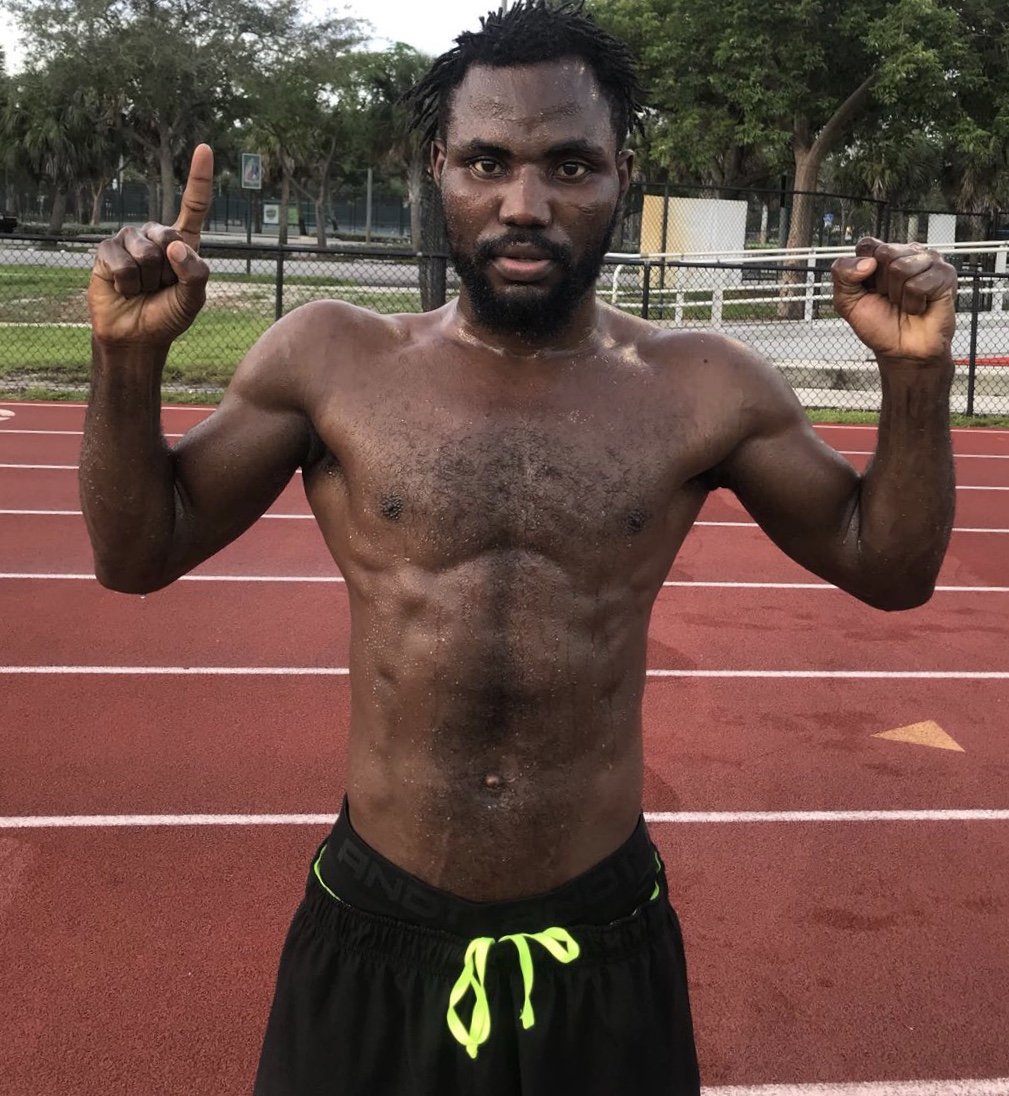 The on, off, on again impending world title fight between Ghana’s Rafael Mensah and Alfredo Machado is now tentatively set to take place at the Hard Rock Hotel Casino in Las Vegas, Nevada on July 21 alongside the WBO junior middleweight title fight between Jaime Munguia and Liam Smith.

Unbeaten Munguia (29-0, 25 KOs) who has already fought three times this year, stepped up at short notice in May to replace an injured Smith and stop Sadam Ali in round 4 to claim the title he will now defend against Smith (26-2, 14 KOs) in the co-main event a month hence.

According to reports which emerged late Wednesday, Golden Boy Promotions and HBO who are expected to telecast live the show have added a third big fight featuring former WBA super welterweight champion, Demetrius Andrade versus 2012 Olympian, Yamaguchi Falcao in a middleweight clash in which both boxers are unbeaten with a combined record of 40-0, 23 KOs.

Negotiations for the Mensah-Machado fight began before the end of 2017 when the WBA ordered a mandatory defence by Machado against the then number 3 contender, Mensah who has since risen to become number one. Unfortunately, the camps of the two boxers failed to reach a deal, resulting in several postponements of purported purse bids. An agreement was however reached in May pending a finalising of venue and other details which finally appears to be the case now set for Las Vegas.

Undefeated Mensah (31-0, 23 KOs) has never fought outside Ghana but has been training in Florida, USA since the beginning of the year and says he is ready to follow recently crowned WBO junior featherweight king, Isaac ‘Royal Storm’ Dogboe and take down also undefeated Machado of Puerto Rico (19-0, 16 KOs) who will be making a first defence of the belt he defeated Panama’s Jezreel Corrales to annex last October.

“Tell all Ghanaians to rally behind me. We all thank God that Isaac Dogboe has led the way, now everyone should get ready for a second world title of the year,” Mensah told this writer via phone from his US base on Thursday morning.

“I am training very hard, I’m determined and I assure everyone that I am also bringing them another title,” he affirmed.
Attachments area