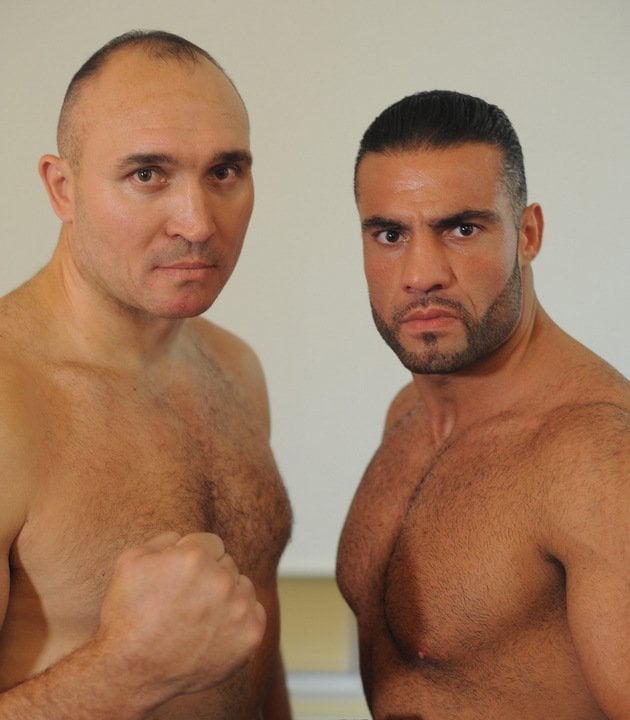 Charr will return to action after having hip replacement surgery in May. In his last fight in September 2016, the “Diamond Boy“ dominated previously unbeaten Sefer Seferi to win the WBA International Championship. Ustinov had his last fight in May 2017 in England when he annihilated Brazilian journeyman Raphael Zumbrano Love in one round.

“I am very proud of Manuel and his work ethics“, said Charr’s manager Christian Jaeger. “Two years ago he got shot and nearly died, then he had the hip surgery – but he never quits, he always continues fighting and he is even working harder than he has ever worked before. This will be an exciting fight between two of the best heavyweights in the world who have about the same experience. I am sure that it will be a great and exciting fight.“

Ustinov’s promoter Vlad Hrunov added, “This is a very difficult fight for me because Alexander is my fighter but Manuel is my personal hero. I remember him from the time when he started his pro career. At that time I brought Alexander Povetkin to Germany to team Sauerland. One day I heard that Povetkin got knocked out in sparring by a young guy. It was this gentleman over here: Manuel Charr. I followed his career ever since and I am impressed how he fought against all obstacles and always found his way to success. Coming back after all those setbacks and injuries deserves the utmost respect.“

Charr emphasized that despite all medical problems he never stopped believing in himself. “There is only one thing in the world that nobody can take away from you – and that is the power of your mind and your dreams“, stated Charr. “I never stopped dreaming. And I always dream big. Because I know that things will come true if I want them to come true. After I got shot and nearly died I started training in the hospital right the next day. After my hip replacement it was the same. I am very fortunate that I have a manager like Christian Jaeger who supports me. And I am also fortunate to have my special training equipment – the EasyMotionSkin – which allowed me to work out during rehab and get in the best shape of my life.“

Charr and Ustinov will square off in one of the most anticipated heavyweight bouts of the year on November 25th at Koenig-Pilsener-Arena in Oberhausen, Germany. Tickets priced between €25 and €500 (ringside) will go on sale shortly. Charr’s manager Jaeger also confirmed that he is close to finalizing a TV deal in Germany with details to be announced within the next days.