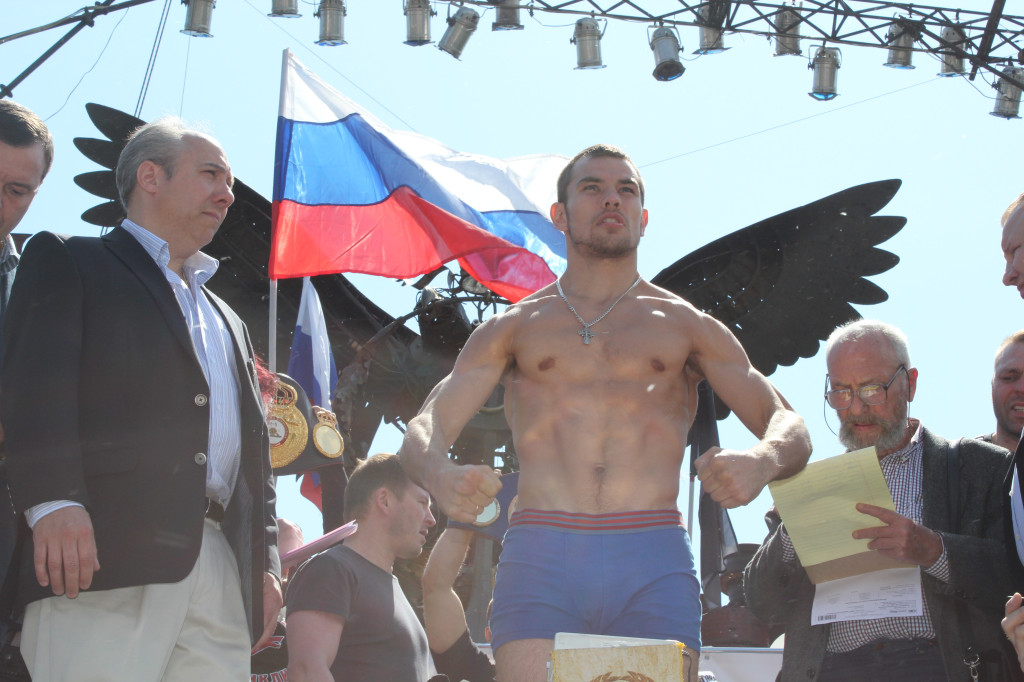 WBA (reg) super middleweight champion Fedor Chudinov (13-0, 10ko) has promised he is going to finish Frank Buglioni when he comes to London on September 26th to defend his title, and when he’s through with that, he wants to dethrone the other key British 168 lb fighters – chief among them, IBF champion James DeGale.

Chudinov, who postponed the fight once already, has one eye on German puncher Vincent Feigenbutz, the Interim WBA champ, and thus, mandatory challenger to his title, and the fight between the two young punchers is already agreed in principle, provided the Russian gets past Buglioni – something he is extremely confident of doing.

“It’s coming close to fight time now and Buglioni will be starting to realise what he has got himself into,” Chudinov said.

The relatively inexperienced Russian – who upset Felix Sturm to win his title back in May – has already postponed the fight once through injury, although it was suspected in some quarters he was trying to get out of the Buglioni match in order to take on the tougher, and ostensibly more lucrative, Feigenbutz fight instead.

Exuding confidence, the Russian insists that there is no danger of him overlooking WBA #4 Buglioni, who admittedly received his title shot as something of a surprise, and is talking as if the fight is already won, even though he will be in front of a roaring partisan crowd in “The Wise Guy’s” backyard, who will be doing all they can to see the betting underdog over the finish line in winning fashion.

“He must have seen George Groves’ weak challenge for a world title at the weekend and must be questioning his own credentials to be challenging for a world title. He is out of his depth and won’t be able to swim fast enough from the shark who will rip into him.

“I have fought in front of thousands of German fans and beat their hero (Sturm) in his own country, so coming to England and doing the same to Buglioni will be no problem for me, not problem at all,” Chudinov continued.

“When you look at Buglioni fight he is far too easy to hit. Sergey Khomitsky smashed him inside 6 rounds and I have a far higher knockout percentage and deliver much harder punches. He’ll be knocked out.”

Chudinov will be trained for the fight by Roy Jones Jr, who was bizarrely granted Russian citizenship last weekend, and claims he wishes to achieve similar levels of dominance as Jones did in his 90’s heyday.

“I have trained like a machine for this fight and will set an incredibly high pace that Buglioni can’t match. I have the strength and power to remove him when I’m ready.”

“Groves is finished and Buglioni will be finished, then I want to conquer Britain. What British fighters are left? James DeGale? I would destroy him and if Carl Froch wants to recapture his old belt then I will fight him too, no question.”