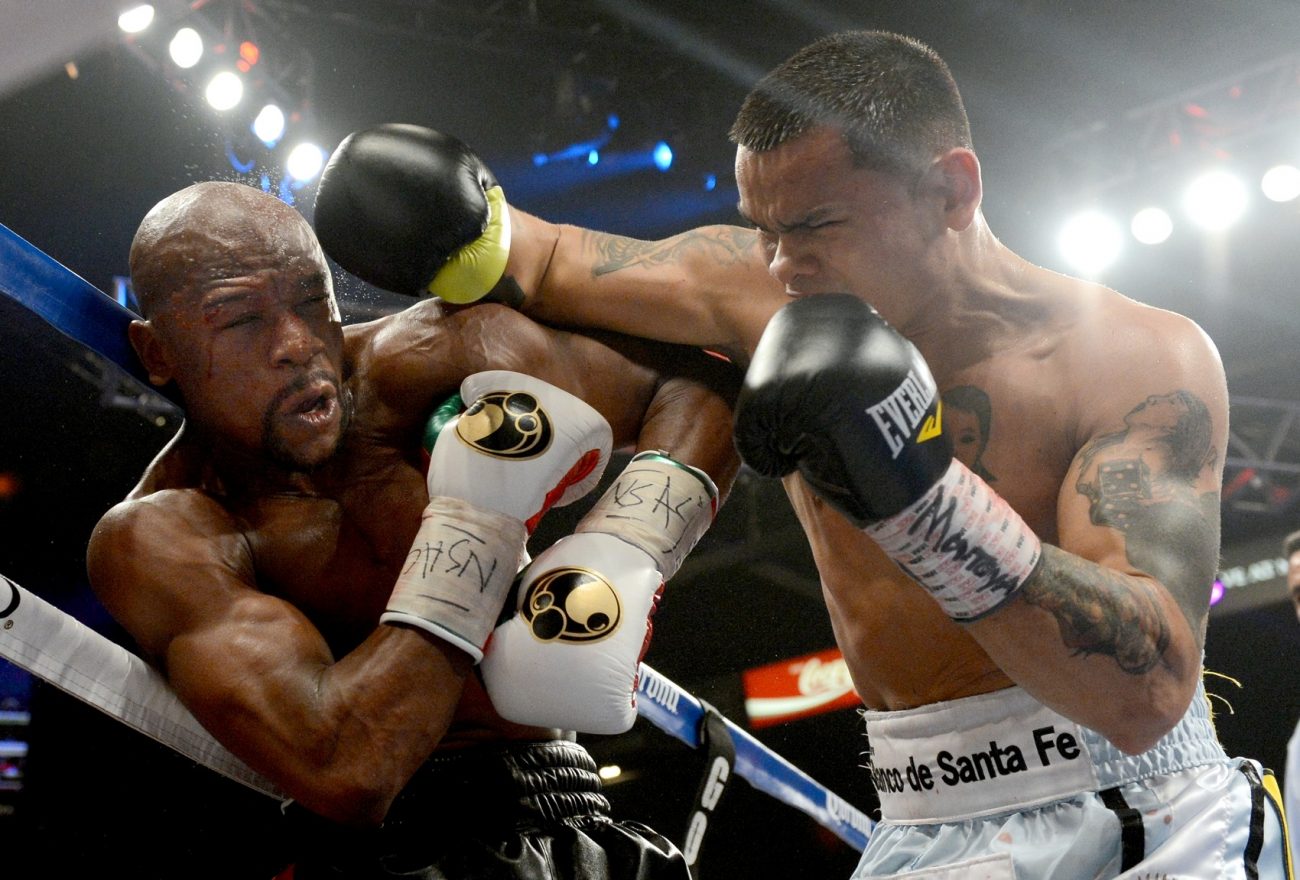 Marcos Maidana was going to lose. The odds said so. 46 out of 46 experts in Ring’s poll said so. Showtime reporter Jim Gray, interviewing Mayweather in the dressing room before the fight, literally reminded Floyd that the promotion was over and asked if he really thought Maidana would give him any problems.

And then Marcos Maidana walked into the ring with a smile on his face and proceeded to assault Mayweather for twelve rounds as if his opponent had publically insulted his mother.

More than any other fighter in recent memory – more than De La Hoya, more than Cotto, and more successfully than Hatton – Maidana launched a sustained attack against Mayweather that rendered the Mayvinci Code moot and made Little Floyd look human. Even more impressive is that Maidana, working from a three-inch reach deficit, set up his combinations from a nice, stiff jab that prevented Mayweather from entering his usual near-superhuman groove. Maidana, who came in on fight night at a surprisingly heavy 165, bullied Floyd better than Canelo ever did, driving him into the ropes, landing wild overhand rights, landing thudding shots to the body and, shockingly, making Floyd miss on numerous occasions.

My enthusiasm here suggests a blowout, which was certainly not the case. The 37 year-old Mayweather didn’t get old overnight (a “Moment” perhaps yet to come). He landed his laser lead right plenty – though not as much as I imagined he would – and demonstrated his ability to adapt to any situation by getting off some impressive inside work. Any distractions (his interest in buying the Clippers) or emotional traumas (his break-up with Miss Jackson, stemming from allegations the pro-life Mayweather leveled that she aborted his twins) did not translate to the ring.

He was still Floyd Mayweather Jr., the only active boxer who does, for better or worse, transcend the sport. He’s not a part of the show. He is the show – a literal carnival at this point that includes, amusingly, circus performers preceding his ring walk and, embarrassingly, Justin Bieber, who must believe that association with Mayweather will spur on puberty any day soon. Like Bernard Hopkins, Mayweather possesses supreme physical and mental gifts and carries with him a full-body, trance-inducing presence that can hypnotize and frustrate say, a Victor Ortiz, and rob him of his composure and any reasonable chances of a win.

For proof, see the tenacious pressure Maidana applied every second of every round. See how he attempted to knee Mayweather. See how he drove Mayweather through and nearly out of the ring as the fight drew to a close. Mayweather is a polarizing public figure, a businessman, and a boxer. Marcos Maidana is a fighter through and through, a man who isn’t afraid to rough up a multi-millionaire Twitter celebrity. Forget Burt Clements. Marcos Maidana walked away the real winner last night.