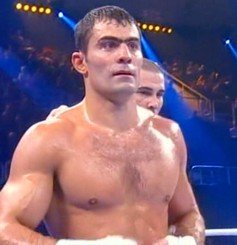 Chakhkiev won’t have to worry too much about getting a fair shake with the judges because the fight is taking place in his home country of Russia. If Chakhkiev can’t beat Wlodarczyk by a decision in Moscow then he doesn’t deserve it. There should be no questions about controversy in this fight.

Wlodarczyk likes to fight on the outside using a stiff jab to do most of his work. He’s very economical with his punches, and he’s got excellent power. It’s going to be interesting to see how Wlodarczyk handles the pressure, the inside fighting and the high work rate from Chakhkiev in this fight. Wlodarczyk can move a little, but he’s not going to be able to move enough to keep Chakhkiev on the outside for 12 rounds in this fight. He’s going to be forced to fight him in close whether he likes it or not.