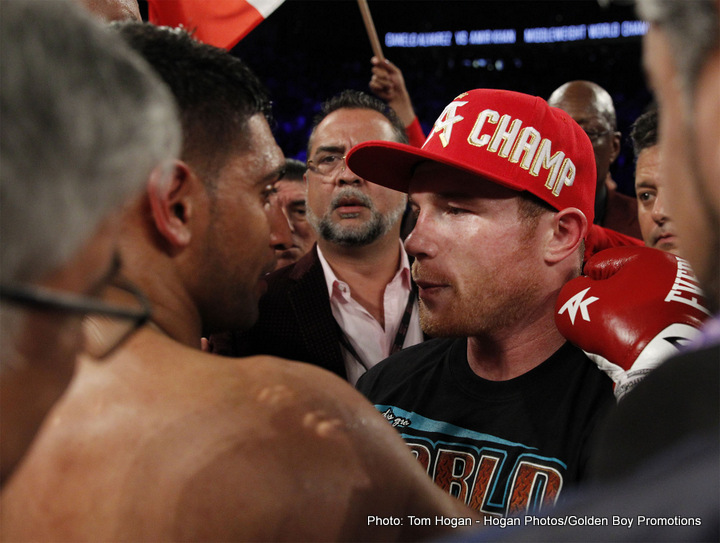 Amir Khan, thankfully okay after being brought down by one heck of a thudding blow by the much bigger and more powerful Saul Canelo Alvarez, is already plotting his next move; and this certainly does not include retirement. Khan, a fighter who has always gone after the biggest fights on a global scale, has lost none of his ambition, even if his gamble of a weight climb against Alvarez resulted in his fourth career defeat. In fact Khan, as he revealed when speaking with Sky Sports, has maintained his desire to engage in mega-fights.

Khan says he will most likely drop back down to his “ideal” weight of 147-pounds, a weight-class he is undefeated in. And Khan says he would like to make his return in the UK, hopefully this December.

“I’m in the peak of my career, everything was going fine until that one big shot,” Khan said upon reflecting on Saturday’s 6th-round KO loss. “When a guy’s a lot bigger and stronger, that’s what’s going to happen – but I’ve still got a lot left in me. The future still holds big fights. I don’t think this puts me down in any way; I was winning the fight. I’ve got the [Danny] Garcia fight there, I’m still [in] the mandatory position with the WBC. There are big fights for me in America, even Miguel Cotto – bringing him to the UK – or Manny Pacquiao, I’d like to fight in the UK next, hopefully December.”

Fans will perhaps raise an eyebrow at Khan’s suggestion the retired Pacquiao would come back to fight him, much less in the UK, but a Garcia fight will have to happen if Garcia wants to keep his WBC belt. Cotto, who knows, maybe the future Hall of Famer who has never before boxed in the UK, would be interested in ticking another box before his great career finally comes to an end? Khan will always be a draw, because he is always in exciting fights – win, lose or draw. 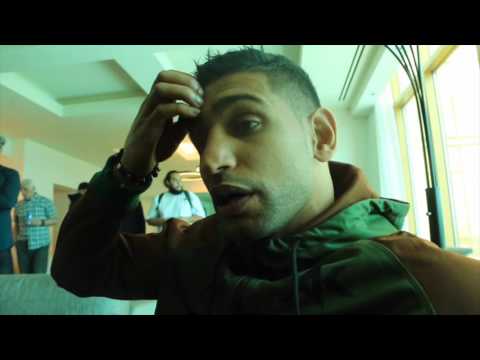 Khan didn’t mention Kell Brook, but that fight will always be there for him as long as Brook remains unbeaten, calling him out at every opportunity. Khan of course cannot afford another heavy defeat, and a decent warm-up or tune-up fight would perhaps be his best move. Then, if he feels and shows no ill effects from the brutal KO at the hands of Canelo (who, interestingly, Khan reckons weighed around 180-pounds in the ring on Saturday, while he was carrying 161-pounds) Khan can look at another big fight in early 2017.

Whatever Khan does next, fans have to agree he is as brave as can be and that the sport could use many more like him.