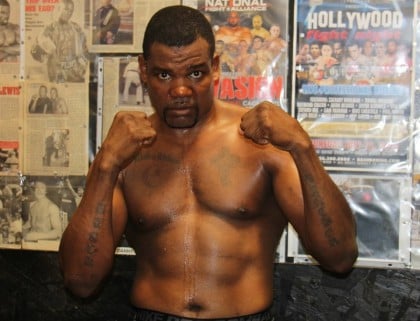 Juan Carlos Gomez kept his word when returning to the cruiserweight division with a bang on Friday night in Dachau, Germany.

“The Black Panther” seemed to feel very comfortable back at 200 lbs. landing nice combinations at will against an overmatched Adnan Buharalija from Bosnia and Herzegovina. Gomez dropped his opponent with a nice left hook at the end of round one and followed up in the second flooring Buharalija again. Only seconds before the end of round two the referee stepped in to stop the one-sided fight to save Buharalija from further punishment.

“I said it – and I did it! “The Black Panther” is back! This was only the first step on my way back to the world championship. I will take back what’s mine. I will be cruiserweight champion of the world again!”, said Gomez smiling and celebrating with his fans.

In the co-feature of the night local hero Alexander Petkovic stopped Chupaki Chipindi from Tanzania in the fourth round to retain his GBU championship belt. Petkovic dominated the fight landing some clean and hart shots but Chipindi took them very well and kept firing back as long as the fight lasted.

“I am very happy with my performance. I hope I made my fans proud”, said Petkovic. “There’s always a lot of pressure when you fight at home in front of your friends and family. But I handled it well and took care of business. I thank everybody who helped me and supported me.”

Promising unbeaten light heavyweight prospect Shefat Isufi got past rough and tough contender Vasile Dragomir in a competitive fight. Dragomir suffered an injury on the left arm which forced him to quit on the stool after the fourth round. On the undercard 18 year-old super middleweight talent Vincent Feigenbutz, cruiserweight contender Goran Delic and up-and-coming lightweight James Chereji added victories to their unbeaten records.