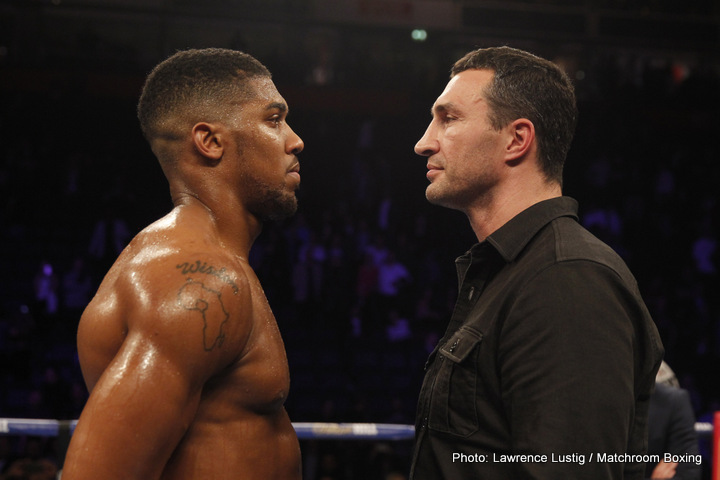 Molina, who gave WBC heavyweight king Deontay Wilder a real fight last summer, offered little against the bigger, younger and faster Joshua. The fight, expected by some to be a test for the champ who was making his second title defence, was anything but. The big story was the official (but wholly expected) announcement of the Joshua-Wladimir Klitschko fight, which will go ahead on April 29 at Wembley.

Former champ Klitschko was at ringside to watch Joshua’s handy-work and he later climbed into the ring for a face-off with the man who is 13 years his junior. Will we see a good fight in April, with Joshua finally being tested hard? We can only hope so.