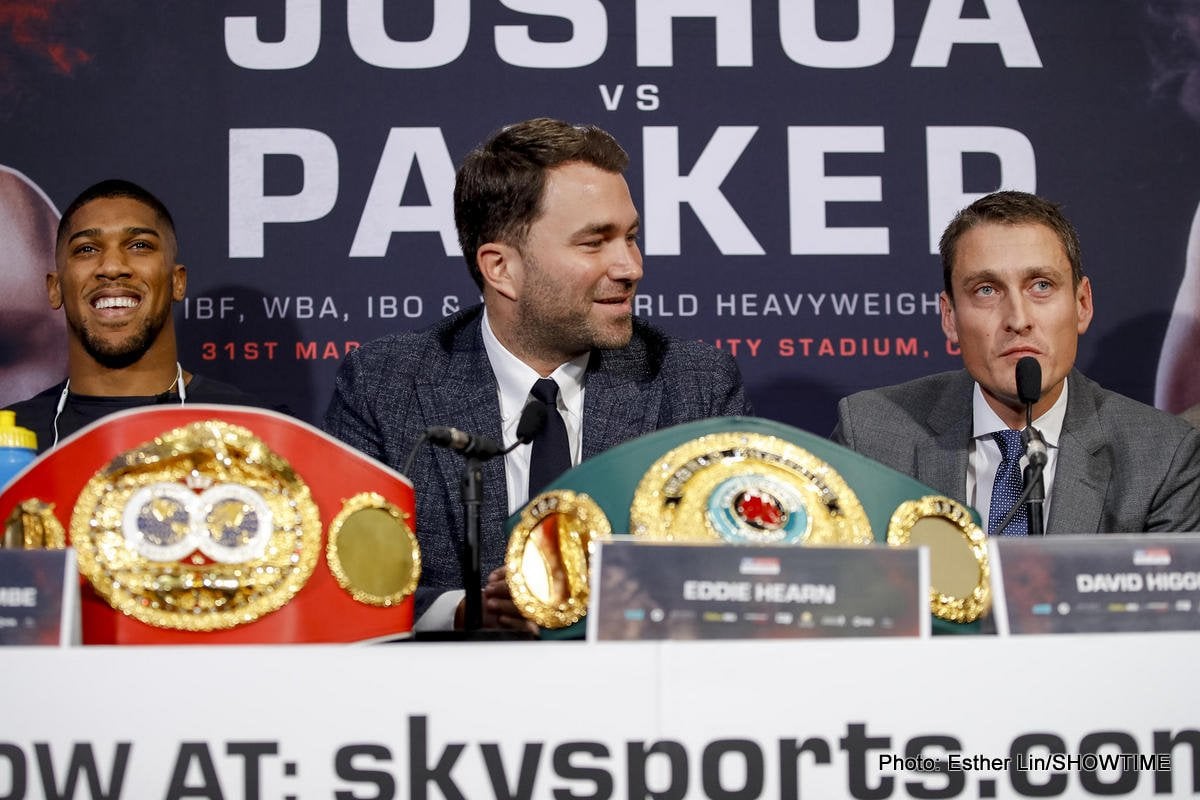 Dave Higgins, promoter of former WBO heavyweight champ Joseph Parker, is demanding a competent referee be installed for the upcoming fight between the New Zealander and British warrior Dillian Whyte. Higgins made it clear he was far from happy with the performance of referee Giuseppe Quartarone, who worked the March fight between Parker and Anthony Joshua.

Higgins stated how the Italian referee broke up the two fighters far too frequently, thus not allowing Parker to go to work up close. Higgins was also angry about the initial referee appointed to work Parker’s fight with Hughie Fury; eventually having him replaced. Now, in speaking with Sky Sports, Higgins made it clear he wants The BBB of C to appoint a fair and impartial third man for the Parker-Whyte eliminator in London.

“Twice we have come to the UK and twice the officiating has involved a level of disgrace,” Higgins told Sky Sports.”There is probably a handful of referees in the world, maybe half a dozen, four or six that are considered the best in the world. Everyone knows who they are, so why for a heavyweight unification [did] they choose an obscure Italian, who has mostly officiated lighter weights? It was appalling. He didn’t let the boxers engage and fight properly. [For the Parker-Whyte fight] We would like to see the British Boxing Board of Control and the officials selected be competent, experienced, well-known professionals. Ideally neutral with a good track record. We hope that’s not too much to ask.”

Parker has plenty to gain with a win over Whyte; possibly even a return fight with Joshua. A close distance fight does look a good possibility for July 28 and of course nobody likes seeing bad scoring or biased refereeing. This past Saturday night’s fight between Josh Taylor and Viktor Postol was marred somewhat by quite disgraceful scoring, with all three judges having Taylor of Scotland a wide winner in Glasgow. We do not need to see such bad scoring again.

Higgins certainly has a point regarding the Joshua-Parker fight, as the ref did break them up too often. Let’s see Parker and Whyte given a fair crack in July. Both men deserve credit for taking this risky fight and neither fighter’s chances should be affected by bad officiating.