Johnny Nelson is one of the many people that are recommending that Chris Eubank Jr steer clear of returning to 160 for a rematch with Liam Smith after the way he crumbled in the fourth round, getting TKO’d by the smaller, weaker fighter last Saturday night at the AO Arena in Manchester, England.

Eubank Jr has gotten away with fighting at 160 since 2019, but he’d been fighting domestic & European-level opposition.

Liam Smith isn’t a major player at 154 any longer, but he’s a lot better than the guys that Eubank Jr had been fighting in the last four years since his loss to George Groves.

Eubank Jr will likely ignore Nelson and the many people that are telling him to stay away from a rematch with Smith and to return to the 168-lb division.

Besides Eubank Jr’s pride, he can make a lot of money in the rematch, and that might be the overriding factor for why he’ll take the fight with Smith again.

Eubank Jr can make a lot of dough fighting Liam, and he won’t see similar money if he goes up to 168, where dangerous fighters like David Benavidez would be waiting to beat him worse than Smith did.

“How he finished was just mad. I think Liam showed calculated pressure; he showed his depth, his education, his and his talent,” said Johnny Nelson to Secondsout about the upset victory by Liam Smith over Chris Eubank Jr last Saturday night.

“He walked Chris down. Chris was sharp. I thought Chris won round one, two, and three.

“It was educated pressure [from Smith] and he did excellent. I think Chris getting down in weight, when Chris went, he was gone. It just makes you fragile and that’s what you saw. 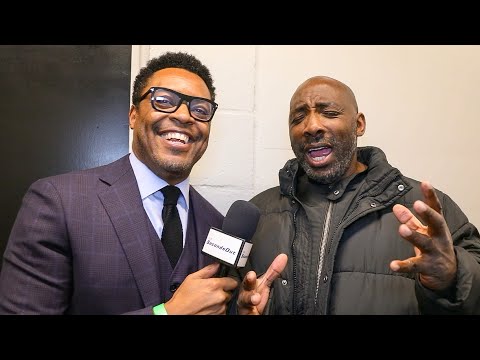 “I wouldn’t do it at that weight number one,” Nelson said when asked what Eubank Jr must do to win the rematch with Smith.

“Number two, I think there’s going to be a lot of soul searching because when you’re torn up like that and beaten like that, it’s hard to get your head around it. Once bitten, twice shy, what do you do?

“Move up in weight,” said Nelson about his advice to Eubank Jr. “I’ll give you an example. Tony Bellow fought at light heavyweight. We saw him get teared up and then move to cruiserweight and have all the successes. All of his talent came together. He [Eubank Jr] should go up to super middleweight,” said Nelson.