Sam Jones is over the moon about Joe Joyce’s eleventh round knockout victory over Joseph Parker last Saturday night at the Manchester Arena in Manchester, England.

Jones feels that with the way Joyce (15-0, 14 KOs) looked against former WBO heavyweight champion Parker (30-3, 21 KOs), he beats Anthony Joshua and Oleksandr Usyk. Also, he would give Tyson Fury the “fight of his life.”

It’s questionable whether Joyce will get a chance to fight any of those three fighters because two of them are heading towards retirement soon.

As for Joshua, he’s lost three out of his last five fights, and if he loses to Fury in December, it’s hard to imagine him sticking around to become a punching bag for Joyce.

“He was coming back with a few bursts, but Joe was battering him.  I gave him two rounds in that fight. He got battered. He got absolutely filled in and taken out in the end.

“I thought Andy Lee could have pulled him out. You could see that he was there top half, but his legs were all over the place. I thought he was too heavy as well.

“When he got taken out, I was concerned because fights like that can take a lot out of you, especially with Joe, how heavy his jab is. It’s like a brick hitting you. I just thought their game plan was a bit wild, if I’m honest.

“Joe Parker is all about hand speed. You can stand and trade, but there are moments to do it. I thought he was too heavy. I didn’t like their game plan. I thought it was a bluff. They generally disregarded Joe Joyce.

“Joyce, when he’s switched on, he’s a handful for anybody, and that includes Fury and Usyk. Let me tell you something. He would beat Usyk. ‘Oh, he lost [to Usyk] in a WSB fight.’ This is 12 rounds with 10-ounce gloves.

“Joe Joyce would beat Joshua; he’d beat Usyk and give Tyson Fury the fight of his life. I’ve seen Joyce spar thousands of rounds, and I’ve seen what he does to people with 20-ounce gloves on. I’ve seen the damage he causes.

“Even when he’s working on things [in sparring], the damage he inflicts on people.

“In round six, he came out like the Terminator. This is the Joe Joyce I know. It irritates me when people say Joyce has got a granite chin. He’s got an elite-level jab, and his engine is the best in the heavyweight division.

“You don’t win a silver medal when it was supposed to be gold when you’re crap at boxing. Look at the other things he does. The bodywork he was doing last night. I think he busted Parker’s ribs.

“Usyk is not going to fight him. He wants the undisputed fight, and he’ll probably fight Canelo in a gimmick kind of fight, then maybe a farewell fight in Ukraine like he says. Joe Joyce is not in his plans,” said Jones. 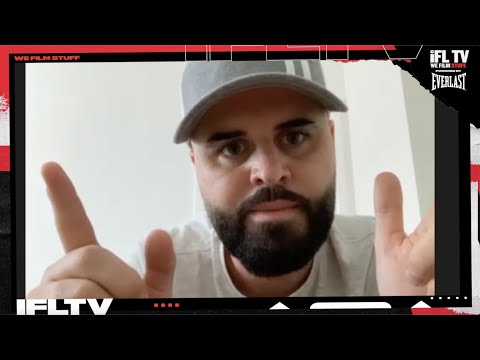