Fans cannot wait to see Joe Joyce’s next fight. Why? Because “The Juggernaut” is one of the toughest, strongest, most incredible heavyweights out there today. The interim WBO heavyweight champion courtesy of his brutal 11th round KO win over Joseph Parker, Joyce is in a good place, with plenty of options out there for him. The big one, the obvious one, – the one Joyce wants next – is Oleksandr Usyk, for the full WBO belt along with the IBF and WBA titles the immensely skilled Ukrainian currently holds.

Joyce – who dropped a decision to Usyk in an amateur fight way back when – called Usyk out after beating Parker. But there are other targets Joyce, 15-0(14) is aiming for. 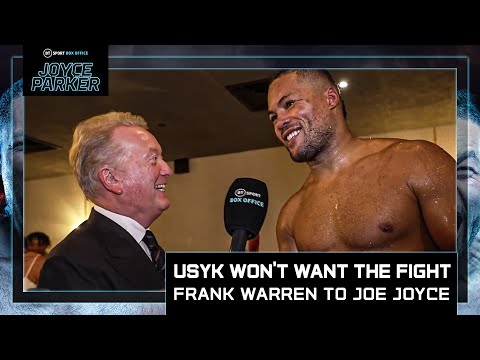 Before Saturday’s important win, 37 year old Joyce gave a list of fighters other than Usyk that he would like to face: Tyson Fury, Anthony Joshua, Andy Ruiz, Deontay Wilder, Dillian Whyte.

In truth, either of these match-ups would be good to see, some more so than others. I don’t know about you, but other than the Usyk fight, this being the world title shot Joyce has earned, the one fight from the list that really stands out is Joyce Vs. Wilder. What a fascinating match-up that one would be – devastating punch Vs. granite chin. Which force of nature would triumph?

It’s been said that Joyce’s chin is off the charts, that it cannot be cracked, dented even. But if any heavyweight puncher can break Joyce’s magnificent mandible, it’s “The Bronze Bomber” and his vicious right hand. Wilder, 42-2-1(41) may or may not fancy the challenge; the former WBC heavyweight champ, like Joyce, having a number of options open to him, including a possible fight with Usyk. Also, we have to see how Wilder looks in his October 15 comeback fight with Robert Helenius. Have those three wars with Fury done irreparable damage to Wilder?

But what a fight Wilder-Joyce could be. This would be one fight that would not be for the faint-hearted, that’s for sure. There would likely be blood, broken bones, some savage trading, and maybe a knockout. But which of the two warriors, the same age at 37, would be the man scoring it? If Joyce is the immovable object, Wilder is the irresistible force. Something would have to give. There are a number of guaranteed thrillers when it comes to heavyweight fights that can be made, yet this one could be something truly special.

A world title shot aside, for either fighter, Wilder-Joyce is the heavyweight fight to make. Agree or disagree? 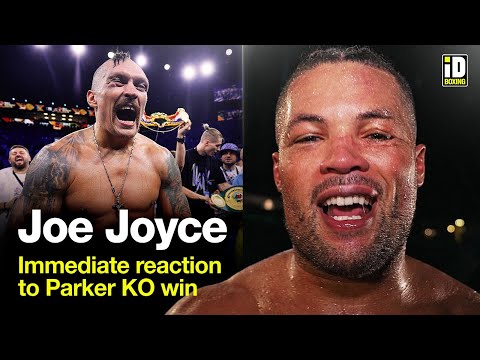