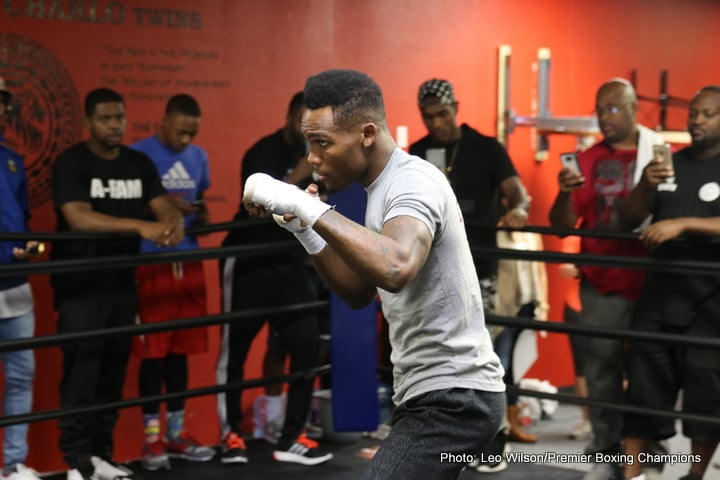 Charlo saw one potential opportunity for a world title fall apart a year ago when then [WBO] belt holder, Demetrius Andrade, pulled out of fighting him before eventually being stripped, and has since seen his older brother (by just 1 minute) capture IBF 154 lb honours by making short work of former champ, Cornelius Bundrage last month in Connecticut, stopping his man in 3.

While Charlo is hardly set to move nearer to a world title in what is for all intents and purposes a frightful Halloween mismatch tonight, he is focused clearly on the job in hand and working on becoming a more complete fighter with every outing.

“I can’t continue to focus on why I haven’t had yet won a world title, I need to focus on being a better fighter,” he said this week. “I feel [Alcine] is going to try to dictate and take advantage that I’m young. But he fails to realize that I’m all that, as well.

“Joachim Alcine does certain things in the ring that I’ve seen and taken note of. There are some things I believe I can take advantage of.

“Hopefully he makes those mistakes and I can make him pay. But he puts in hard work. I know I’m not just going to go in there and beat him up. I’m going to have to be smart, but it should be a very entertaining fight.

“My plan is to come in strong and powerful, be the faster man, move a lot and try to make him commit to the things he’s used to seeing me do in previous fights,” he added.

“And that’s how we’re going to open him up. I don’t necessarily have a prediction, but I’m going to knock him out. I don’t know what round it will be, but he’s going down.”

The Premier Boxing Champions Card is on NBC Sports Net in the US.

UK TV has declined to screen the card.