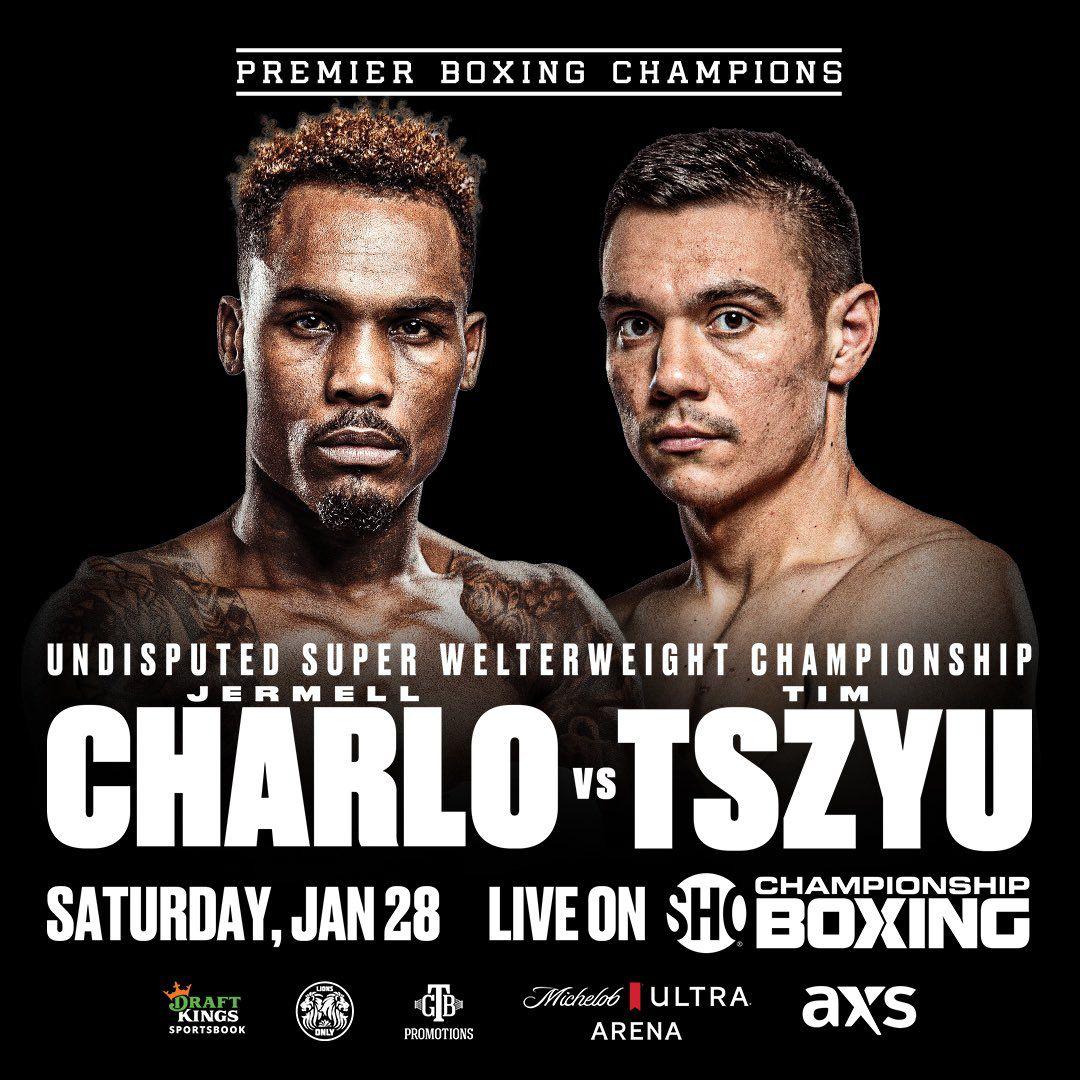 Jermell Charlo will defend his four 154-lb belts on January 28th against Tim Tszyu on Showtime. Charlo-Tszyu will take place at the Mandalay Bay Resort in Las Vegas, Nevada.

Tszyu says he will “shock the world” on January 28th by pulling off the user over Charlo. If that’s going to be the case, Tszyu will need to get to Jermell early in the fight because he’s the type of fighter that gets better as the rounds go by.

The Aussie Tszyu will be on the road, fighting Charlo in the U.S., likely in front of many of his fans from Texas.

It could have been worse for Tszyu if the contest had been scheduled in San Antonio, Texas, where he would have had to deal with a sizeable pro-Charlo crowd.

Most would agree that the 28-year-old Tszyu needs more seasoning to take on a fighter the caliber of Charlo at this point in his career, but he’s not going to give it his best shot.

The experienced 32-year-old Charlo (35-1-1, 19 KOs) has been looking forward to this match for some time, and now he’ll have the opportunity to try and prove himself as being the best fighter at 154.

“Jermell Charlo will be back to defend his crown and add another chapter to that history on January 28 in Las Vegas,” said TGB Promotions president Tom Brown.

“This is a battle of contrasting styles as Jermell Charlo brings his special blend of power and sublime ring skills against unbeaten Tim Tszyu, who will bring an aggressive style and championship pedigree.”

Jermell is coming off a tenth round knockout victory over Brian Castano last May in their rematch. In that fight, Charlo showed a lot of improvement over their first contest in July of last year in July 2021 in San Antonio, Texas.

“Stylistically, Charlo vs. Tszyu is one of the most attractive fights that can be made in boxing, given Jermell and Tim’s aggressive temperaments in the ring,” said Showtime head honcho Stephen Espinoza.

On paper, Charlo-Tszyu is an appealing fight that promises to have a knockout at the end. We can only hope that fight isn’t plagued by controversy like the first Jermell vs. Castano fight.

“Both Jermell and Tim have never shied away from a challenge, and this stacks up to be a real Fight of the Year type match-up,” said Espinoza.