Living legend Manny Pacquiao has spoken some more about his upcoming exhibition bout with martial artist DK Yoo. The two are set to have their bout in Seoul this December. Yesterday, Pacquiao spoke at a press conference to promote the fight, and further details were also given.

The fight will be fought over a scheduled six two-minute rounds but there is not yet an official weight in place for the bout, as Rappler reports. Yoo is currently around 175 to 180 pounds, while Manny, not too much above his welterweight fighting days, currently scales around 153 pounds. Pacquiao said yesterday he has no plans for a full boxing comeback, that this fight is purely for charity, with Pacquiao aiming to use the money the fight generates to help people in Ukraine and also to build houses for the homeless in the Philippines. 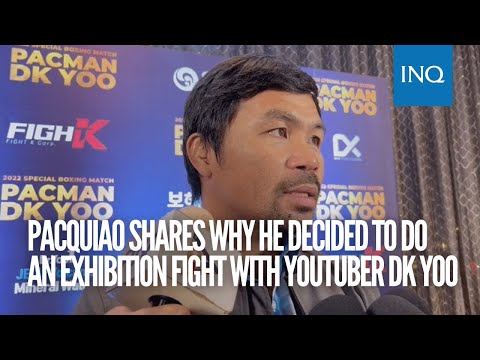 “I just want to work hard and make sure my conditioning is 100 percent so I can still show off my skills in the ring,” Pacquiao said at yesterday’s presser. “Although this is just a charity event to help people out, we will still prepare like it’s a championship fight. I took this exhibition to help out more in need, so we can continue giving out homes to our countrymen who don’t have one. I already have a lot of Pacman Villages started, but not yet finished. The income from this fight will be used for more homes.”

Pacquiao, really as great at giving to the needy as he was at giving us tremendous action fights, is a person we should always cherish. It’s inspirational, how selfless Manny is, and fans are expected to fully support the upcoming “curiosity bout.”

Even at age 43 (44 in December), Pacquiao remains more than capable of sending any YouTuber packing, surely! I don’t know about you, but I know next to nothing about DK Yoo. How much can the MMA fighter bring to the event? Let’s hope Manny doesn’t embarrass or hurt the guy! 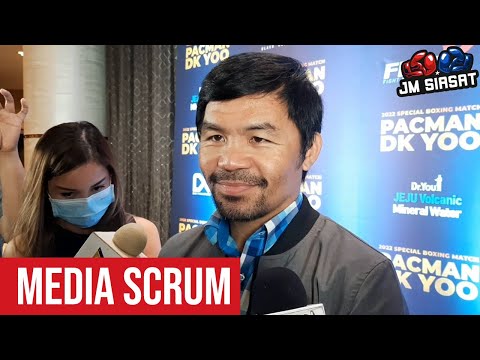