Last Saturday night, Jaime Munguia blasted through previously unbeaten D’Mitrius Ballard, stopping the Maryland native in the third round at the Bullring by the Sea, Tijuana, Mexico.

It’s believed that the only fight that Munguia and his promoters are looking for is a middleweight title well-paying money fight against IBF champion Gennadiy Golovkin. Other than him, no other champion needs to apply for the contest.

The money that Munguia can make fighting Golovkin would be considerable, and he would have a chance of beating the soon-to-be 40-year-old fighter, as he’s getting older and hasn’t fought a high-caliber opponent in many years since his rematch with Canelo Alvarez in 2018.

If Munguia can dethrone Golovkin, he could potentially hold onto his IBF title for a year or two before he’s forced to give up the belts due to his struggles to make the 160-lb limit.

It’s debatable whether Munguia will make weight for more than another fight at middleweight because he’s growing rapidly and already looks as heavy as super middleweight contender David Benavidez.

It was no accident that Munguia looked ill after weighing in last Friday. That’s a signal that the 25-year-old has outgrown the 160-lb division and needs to move up to 168 pronto if he doesn’t want to start missing weight over and over, as we saw with Julio Chavez Jr. when he outgrew the middleweight division in 2012.

Janibek a step too far for Munguia?

Munguia says he wants to fight for a world title in “early May.” Still, for that dream to become a reality, he’s going to need to face the highly dangerous Janibek Alimkhanuly, assuming the WBO 160-lb title is vacated by champion Demetrius Andrade. 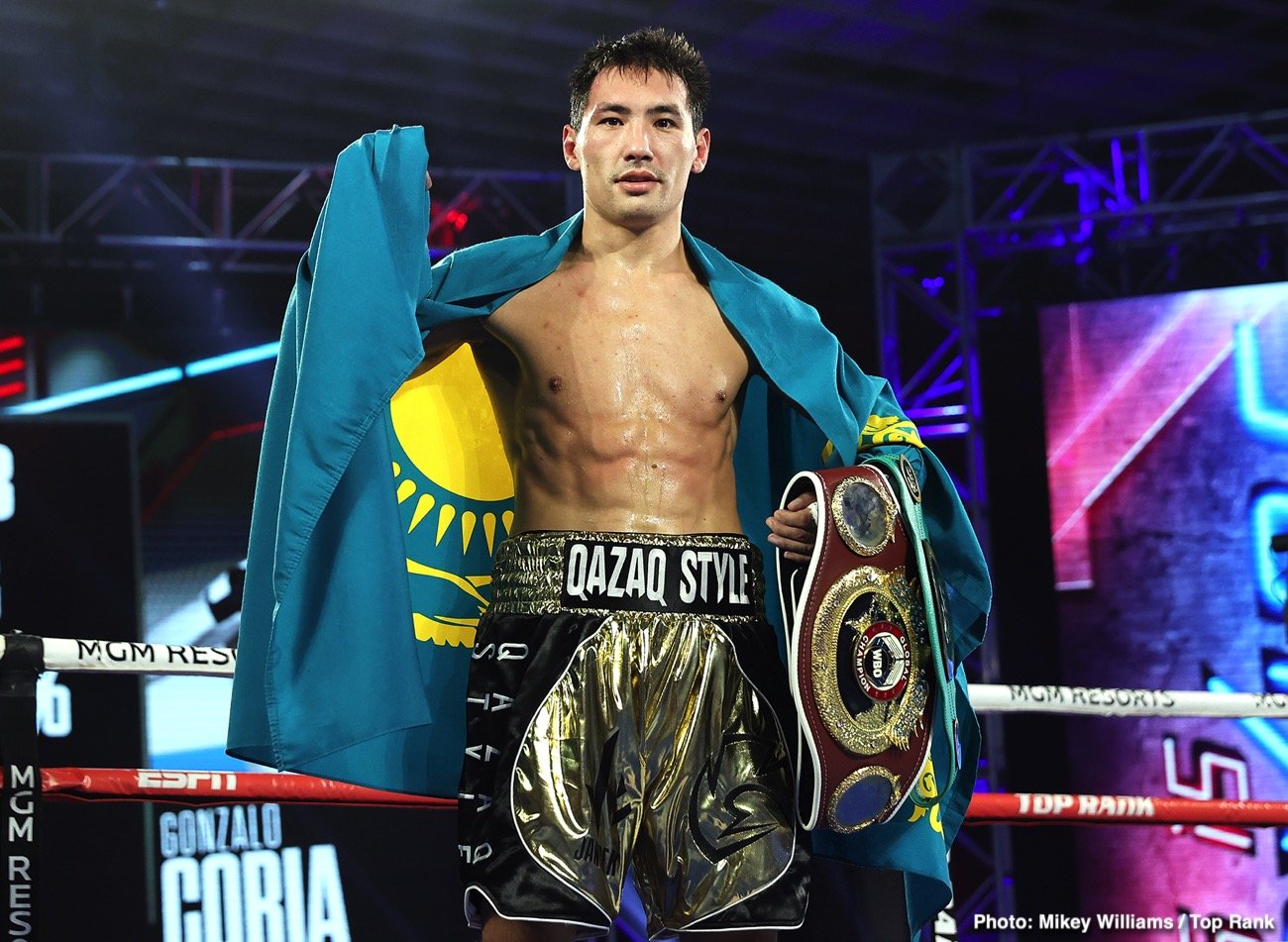 Thus far, Andrade still hasn’t relinquished this WBO strap, and there’s a possibility he’ll be allowed to sit on the title while he goes up to 168 to face Zach Parker for the WBO interim title. If that’s the case, the best Munguia can hope for is to battle #2 WBO Janibek for the interim middleweight title.

The question is, will Golden Boy allow Munguia to take the fight with Janibek?

It would have been better for Munguia to have fought the heavy-handed Janibek when he first moved up to 160 before he began having problems making weight for the class.

Now that Munguia is in his mid-20s, it’s evident that he’s outgrown the middleweight division and needs to move up to 168 as soon as possible to avoid a loss.

The former WBO junior middleweight champion Munguia didn’t look that sharp last Saturday night in his fight with Ballard, as he looked bloated, heavy for the division, and not as quick as he’d been in his previous four fights at middleweight.

Had that been the Janibek (11-0, 7 KOs), who has been compared to a younger version of Gennady Golovkin, Munguia might have tasted his first career defeat.

Janibek punches a lot harder than Ballard, and he wouldn’t have made a stupid mistake of backing up against the ropes repeatedly the way the Maryland native did in that fight.

With that said, some boxing fans are beginning to wonder when Munguia’s handlers are going to give him the green light to fight for a world title at 160, as he’s had open invitations from both WBC champion Jermall Charlo and WBO belt-holder Demetrius Andrade for a chance to fight for their belts.

Munguia could have already fought Charlo and Andrade for their belts, but instead, he’s been getting slowly acclimated to the 160-lb division at a glacial pace, fighting these middle-of-the-road bunch:

“I’m definitely aiming for a world title fight later this year, hopefully in the summer. Early May is my goal,” Munguia said to DAZN News.

“If it were my choice, I would really like to fight Gennadiy Golovkin or the winner of Golovkin vs. Murata,” Munguia said.

There’s little chance that Munguia will get a shot at the winner of the Golovkin-Murata fight, as it’s expected to be Golovkin, and he’ll be facing Canelo Alvarez in September. 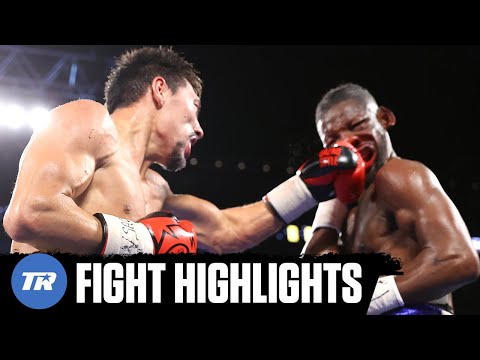