Barkley became a three-weight champ, at 160, 168, and 175 pounds and many of us feel “The Blade” carved out enough of a career to have been welcomed into The Hall of Fame. That’s another story. But what are Barkley’s favorite fights that do not involve himself? It’s always interesting hearing what fights and fighters inspire another great fighter, and here, Barkley – always a cool guy to talk with – lists his all-time Top 5 fave fights.

Choosing some fights from the weight class he himself terrorized, Barkley also likes the heavyweight battles.

Very much a student of the sport to which he gave so much blood and guts, 61-year-old Barkley kindly took the time to give us his five greatest favorites.

“I really like the first Duran-Leonard fight,” Barkley told me. “Their styles just clashed so well. Back then, Leonard had the great skills but he hadn’t really been tested hard yet – he’d fought guys he was supposed to beat. But Duran was his first real, real test. And Duran was so crafty, and hard to figure out. Leonard never knew what he [Duran] was gonna do next. Duran had great concentration in that fight, and he was so slick! 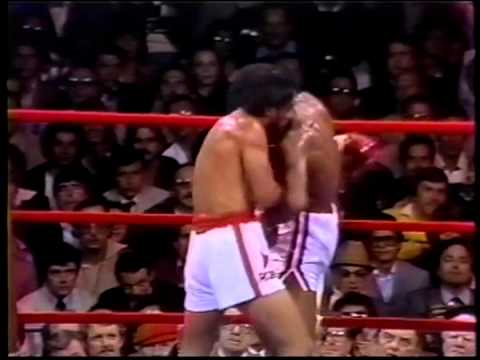 “Leonard found out how tough it [fighting] really was in that fight. Duran made Leonard fight his fight. It was fifteen rounds of great action, but I think [it went 15] only because Duran never really carried his power-up [from lightweight] with him. In that fight, Leonard had to show courage for the first-ever time.”