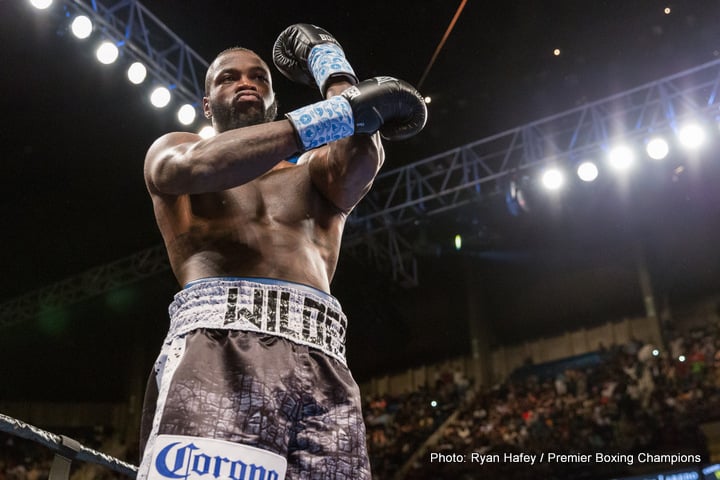 The ’90s era, after the glorious and super-rich 1970s era, is looked at by many as the best in the heavyweight division’s history: great fighters like Lennox Lewis, Evander Holyfield, George Foreman and Mike Tyson took turns in ruling the roost, and there were a handful of top contenders who helped make the decade a special one for the big men of the division.

How would Wilder have done had he had to defend against these four power-punchers, granite chins, talented boxers: David Tua, Donovan “Razor” Ruddock, Andrew Golota, Ike Ibeabuchi?

Tua, a short and stocky powerhouse with an absolutely granite chin the likes of which the tall and powerful Wilder has never, ever seen, would, in all likelihood, mow down the raw, wild and aggressive-minded champ. On the one hand it might not last very long at all, on the other there would be the chance that Wilder, with his huge reach advantage, would try to box Tua and keep him at a safe distance for all 12 rounds the way Lennox Lewis did; but it’s ever so easy to picture Tua blasting clean through Wilder’s suspect chin in a nasty and ever so violent manner.

Ibeabuchi, the teak-tough warrior with boxing skills, who out-slugged Tua in THE greatest heavyweight rumble of the ’90s, would give Wilder absolutely all he could handle. Possessing seemingly limitless stamina and thoroughly lethal one-punch power (see “The President’s” chilling stoppage of the hard to hit Chris Byrd) along with a chin that never once let him down before his unstable mental state unfortunately did, Ibeabuchi may well have taken Wilder’s heart. This one would be brutal, maybe even career-ending.

Golota, the single most unpredictable heavyweight of his era this side of Mike Tyson, might have jumped right on Wilder and got the job done, or “The Foul Pole” might have been intimidated by “The Bronze Bomber” and taken out in short order. This fight, between two bangers, would result in don’t-blink entertainment. A guaranteed KO either way, Wilder-Golota would likely come come down to the mental state of the two men.

Ruddock, a genuinely nasty puncher with bludgeoning KO power, was almost as raw and as wild as Wilder has been at times. This one is simple: whoever lands first with a bomb wins. It might go a round, it might go a few rounds, but no way on God’s earth would Ruddock-Wilder have a prayer of going the distance!