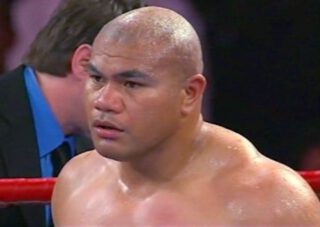 Moorer says Tua was the hardest puncher he faced Whenever the subject of greatest heavyweights never to have won a world title comes up, David Tua’s name comes up; due … Read more 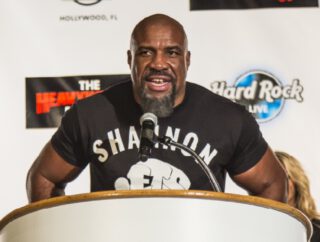 Atlantic City, New Jersey, March 15th 1996. An exciting heavyweight card dubbed “Night Of The Young Heavyweights” took place on this day in 1996, and the three main events all … Read more

It may not seem it, but David Tua’s final KO win took place almost ten long years ago; this October. That was back when Tua, one of the most lethal … Read more 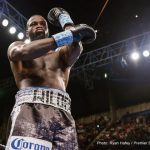 Hamilton City, Claudelands Showgrounds: Ringside: Chants of Tua! Tua go up! The ring announcer gets an A plus for animation. Never quite seen or heard a ring announcer throw himself around the ring with so much vigour and enthusiasm in introducing fighters. Fair to say he is an excitable type of chap.

Alexander Ustinov ring walk: All you can really say about the man is he is one very big piece of humanity. His ring walk music of the Russian variety is music not often heard in this part of the world. He leaps the top rope of the ring with ease and that impressed the hell out of the crowd. At 6ft 8 and 139 kilograms (according to ring announcer) his immensity makes him a proposition for the sheer fact of his immensity – he carries no excess weight and appears in exceptional condition. Hamilton New Zealand was the scene of a battle of differing proportions—6’8” Belarussian Alexander Ustinov squared off against Kiwi Samoan 5’9” David Tua who also gave up 50 lbs in weight.

Round One: Feeling out round. Ustinov controls the action, with Tua backing up.

Round Two: Round is Ustinov’s but Tua is more aggressive and loosening up his left hook.

Round Three: Ustinov’s round. He continues to keep his left low but Tua won’t throw a right hand. Tua mostly missing with his left hook, but connects with a few.

The David Tua-Alexander Ustinov heavyweight clash, a big deal in New Zealand but in truth nowhere else, will see a Tua who has gotten himself in his best physical condition for some time. Tipping-in at a trim and solid 236-pounds – to giant Ustinov’s 292 – Tua knows he will have to retire if he loses.

Now in his forties, the Samoan powerhouse is coming off a points loss to Monte Barrett. The real carrot for Tua in this fight is the vague possibility of a shot at Wladimir Klitschko should he get the job done in style. But can Tua, even an in-shape version, get inside on the much taller Ustinov and detonate his bombs? A true David Vs. Goliath showdown, this fight could be lively, or it could go the other way and be a dull affair. If Ustinov uses his height, reach and strength and is content to jab and then tie Tua up, how will the much shorter man be able to cope? David Tua whose latter career has been punctuated with weight problems had reportedly blown out to 348 pounds before starting to train for this fight.

Originally the pair were meant to meet on August 31st but a grade one calf tear sustained by Tua in training caused promoters to amend the fight to its current date.

The extra training time has served Tua well. Tua’s appearance in August is remarkably different to the physical constitution he is sporting in the lead up to this weekend’s fight.