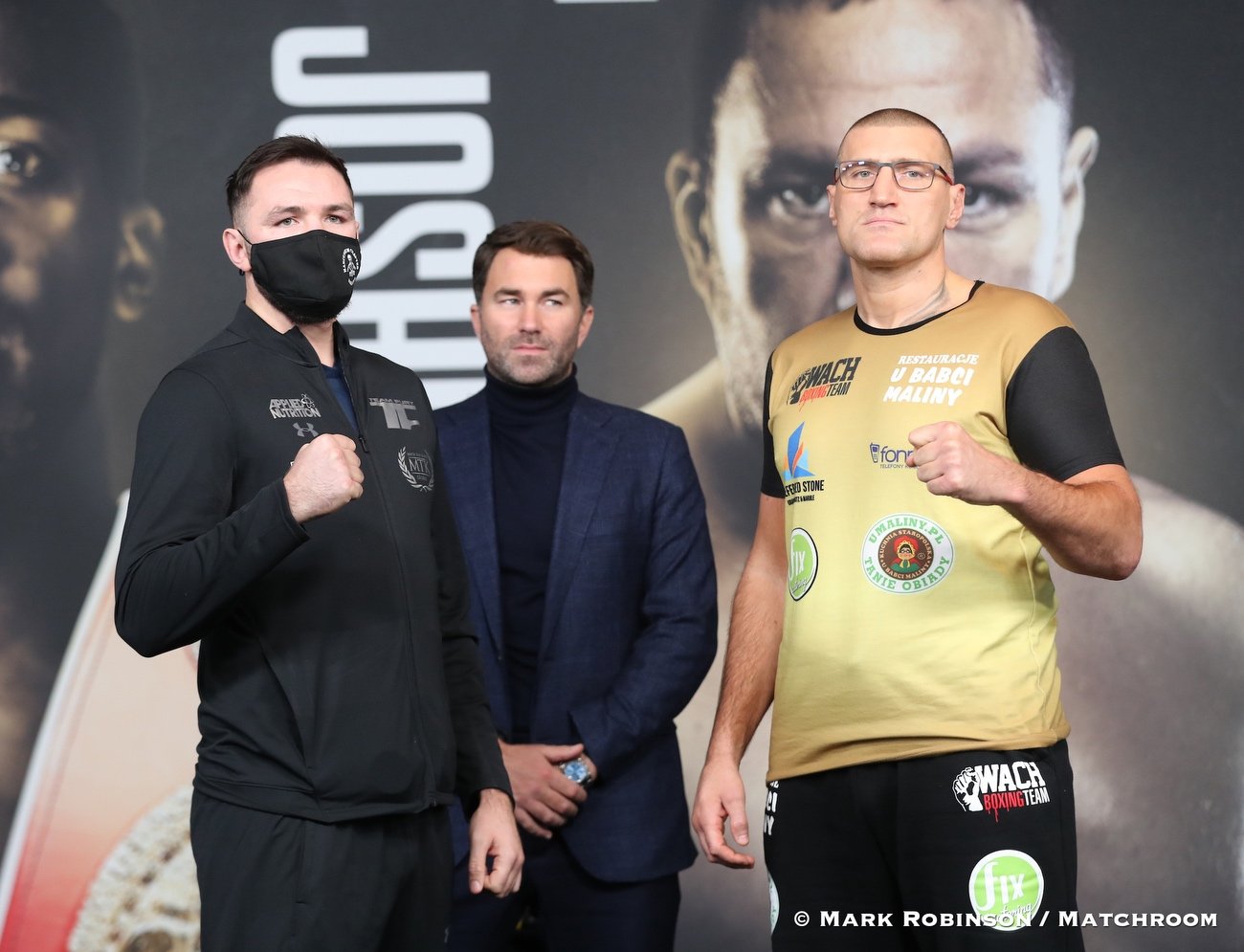 This potential heavyweight match-up could prove very interesting. As per a Sky Sports piece, there is a chance Hughie Fury and Marco Huck could fight some time down the road, with the vacant European heavyweight title on the line.

But in speaking with Sky Sports, Peter Fury said there is definite interest in a fight with the former, long-reigning WBO cruiserweight champ who quite recently fought as a heavyweight once again.

Joe Joyce was supposed to defend the European heavyweight title against Huck back in January of this year, but the fight fell through (and in light of how good Joyce has looked against guys like Daniel Dubois and Bryant Jennings, it’s hard not to tip your hat to Huck, a warrior through and through, one who is not afraid to take a risk!).

Now, with Joyce expected to vacate the European belt and go for a world title (he hopes against Oleksandr Usyk, for the vacant WBO heavyweight belt, should AJ decide to vacate it) – Fury and Huck could clash with the title up for grabs.

“We would be interested in it,” Peter Fury said of the Huck fight. “We would take that and if there are any other fights available, we would probably take them as well. We’re just looking to get Hughie busy next year, but if that fight came for the European title, Marco Huck, yeah 100 percent we would take it.”

And to repeat, what an interesting fight this one would be. Huck is a throwback fighter, in as much as he will fight just about anybody. Fury is still young at age 26 and he has time to feature in big, big fights.

For Fury, a win over Huck would put a good name on his record, along with bagging him the European title (probably, if the belt ends up vacant). For Huck, a win over Fury would show he isn’t done yet.

But how much has Huck got left a age 36? 42-5-1(28) overall and 2-0-1 no contest in his last three fights, these up at heavyweight, Huck last fought in August of last year, when he banged out a one-sided UD over Dennis Lewandowski.

For Huck’s last big fight you have to go back to September 2017, when he was TKO’d in ten rounds by Usyk. How much have the tough fights taken out of Huck?

Fury, 24-3(14) and never stopped, lost a decision to Alexander Povetkin last August and he has won one fight since (stopping Pavel Sour in March). Not a big puncher, Fury would be the boxer to Huck the puncher if this fight came off (Huck the cruiserweight puncher).

It would in all likelihood result in a very entertaining fight to watch. Huck has given us some real classics in his time (remember his close decision loss to Povetkin, for the WBA heavyweight title, from back in 2012?), while Fury has picked up a ton of experience by facing the likes of Povetkin, Kubrat Pulev and Joseph Parker.

Let’s hope Fury can get the win tomorrow night when he faces veteran Wach, and then that fight with Huck is indeed made for some time in the first half of next year. And for we British fight fans, it sure would be great to see Huck fight on these shores. Or maybe Fury would have to pack his bags and fly to Germany?