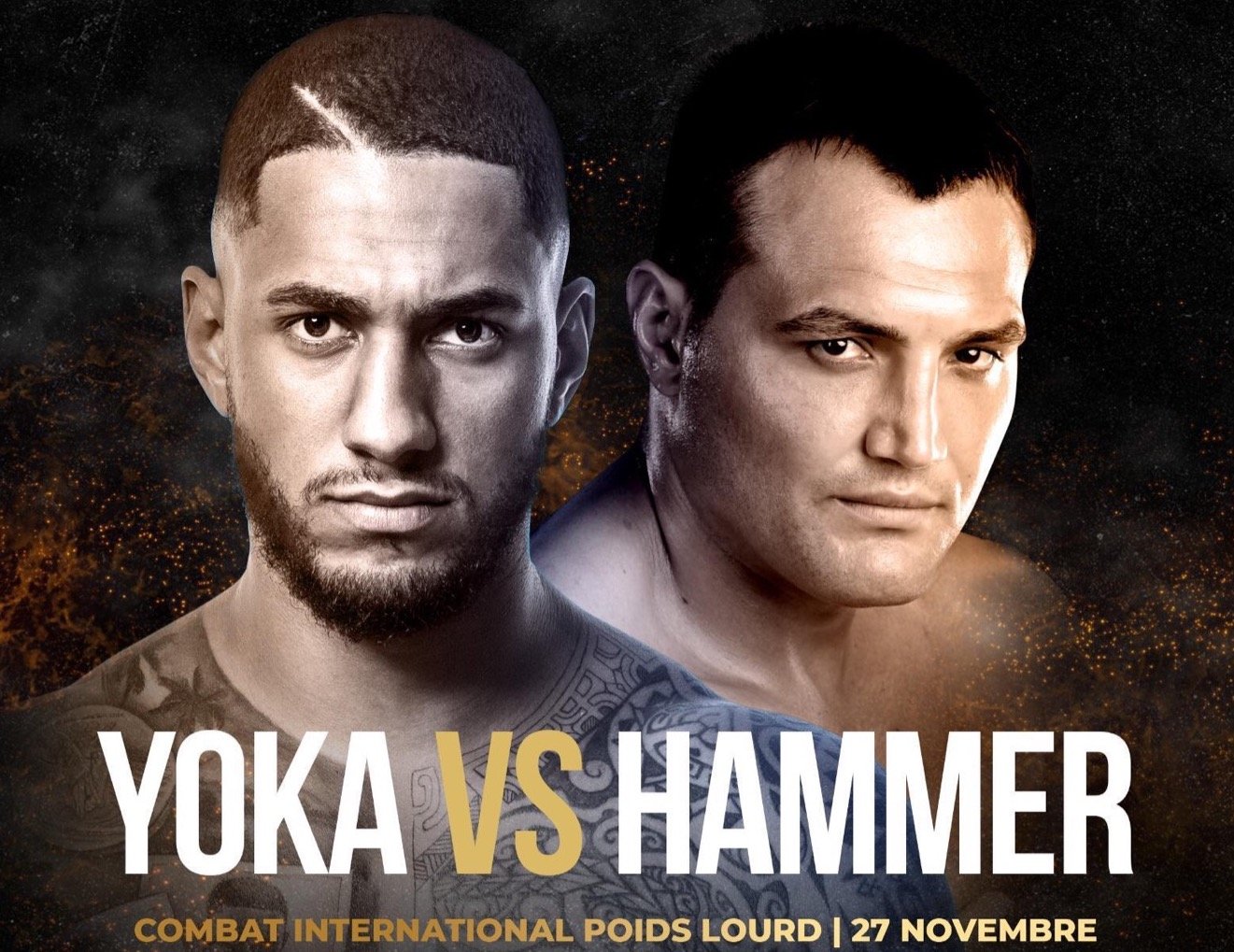 Unbeaten heavyweight prospect/contender Tony Yoka of France scored an impressive and fast stoppage win over countryman Johann Duhaupas on September 25th, stopping the former WBC title challenger (Duhaupas extending Deontay Wilder into the 11th round back in 2015) inside a round. Now, the 28-year-old who is 8-0(7) will face Romanian-born German Christian Hammer on November 27th. This fight will also take place in France.

The 6’7” Yoka just might be the most threatening young heavyweight coming through. Of course, Yoka has plenty of opposition, with the likes of Filip Hrgovic, Daniel Dubois, Joe Joyce and one or two other young and talented big men all looking at becoming the next champ. Still, Yoka, a former amateur standout who won, amongst other things, an Olympic gold at super-heavyweight in 2016, really is one to keep a firm eye on.

Hammer, 25-6(15) is an experienced fighter who is both durable and reasonably heavy-handed. Stopped just three times – in his pro debut, by Mariusz Wach way back in 2010, and by Tyson Fury, this a corner retirement loss in 2015 – Hammer has extended top names Alexander Povetkin (L12) and Luis Ortiz (L10). In his win column, the 33-year-old boasts stoppage wins over David Price and Michael Sprott, as well as a decision win over Erkan Teper. Hammer won his last fight, when he stopped Saul Farah in a round in December.

Hammer was of course set to fight Dave Allen on the Uysk-Chisora card of this past Saturday, before he went down with Covid-19. Let’s hope Hammer has made a full recovery, with zero ill effects following him into his next fight.

Yoka has yet to go 12 rounds in a fight, this the scheduled distance of his fight with Hammer. Hammer may stick around for some time, certainly longer than Duhaupas managed, but another Yoka stoppage win looks quite likely. If Yoka can take Hammer out fast it would be a decent statement (Hammer took Fury eight rounds). Thus far, Yoka has seen the tenth round once, with all his other fights ending in six rounds or less.

Yoka impressed us with his power and aggression last time out. Look for him to keep the momentum going against Hammer. 2021 could prove to be a big, big year for Yoka.