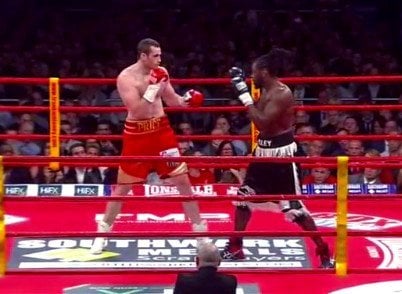 I’d like to see Price step up several levels and face EBU heavyweight champion Kubrat Pulev next instead of another local Brit fighter for him to pad his record on. Unfortunately, 45-year-old Matt Skelton, who fought on tonight’s card, is being considered for Price’s next fight.

After the fight, Price’s promoter Frank Maloney offered Tyson Fury a fight with Price. However, that’s not likely to happen.

In other boxing results on the card: