This Friday on DAZN, Golden Boy Promotions will stage a solid fight card. The event will take place at Banc of California Stadium in Los Angeles, California.

The main event will feature a former super middleweight champion who is now setting his sights at being a champion at light heavyweight. That fighter is Gilberto Ramirez. Not only does he want to become a world champion, but he wants to be recognized as a household name.

Gilberto “Zurdo” Ramirez (41-0, 27 KO’s) of Mazatlan, Sinaloa, Mexico, is still looking for name recognition. Ramirez is a tall southpaw at 6’2”, which is a rarity among Mexican fighters.

He has a fan-friendly style and is a pressure fighter. The 30-year-old has already made boxing history by becoming the first Mexican to win a world title at super middleweight. He went on to make five defenses of the WBO title.

At one time, Ramirez was considered the number one super middleweight. Even though he was successful and was being promoted by Top Rank, it didn’t seem that he got the push that he needed.

Top Rank did not secure any major opponents for him. Ramirez did not fight terrible opponents, but he was not tested against the other top super middleweights. Last year, Top Rank decided not to renew his contract, and Ramirez became a free agent.

Now Ramirez has set his sights on the light heavyweight championship.

Due to Ramirez’s height, he has decided to campaign in the light heavyweight division. So far, Ramirez has had two wins in the division by stoppage. His last win was a tenth round stoppage over Alfonso Lopez in December of last year.

Now that he has gotten acquainted in the division, he is ready to challenge the best fighters. In addition, he has signed with Golden Boy Promotions. His first step in his progress to the light heavyweight championship will be fighting former title challenger Sullivan Barrera (22-3, 14 KO’s) of Cuba.

Barrera will be a solid test for Ramirez. Barrera has fought some of the best light heavyweights and has done well overall. Even though Barrera has come up short in big fights and he also has had his share of big wins.

Ramirez will be looking to make a statement against Barrera. Therefore he could land a title shot. If he passes this test, then most likely we will see him against the likes of Dmitry Bivol, Artur Beterbiev, and Joe Smith Jr. 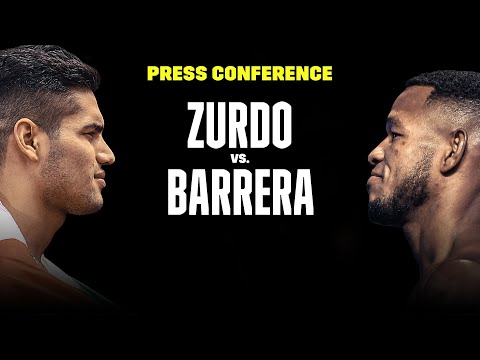 All those fights would be good for Ramirez. Most likely, a fight with Bivol can be easier to make. Ramirez wants to make a name for himself, and Bivol needs a name opponent. Either way, this is the right path for Ramirez.

With 41 fights all by victories, Ramirez cannot waste any more time and needs to have big fights going forward. I think everyone is curious to see how Ramirez will fare at light heavyweight and how far he will go.