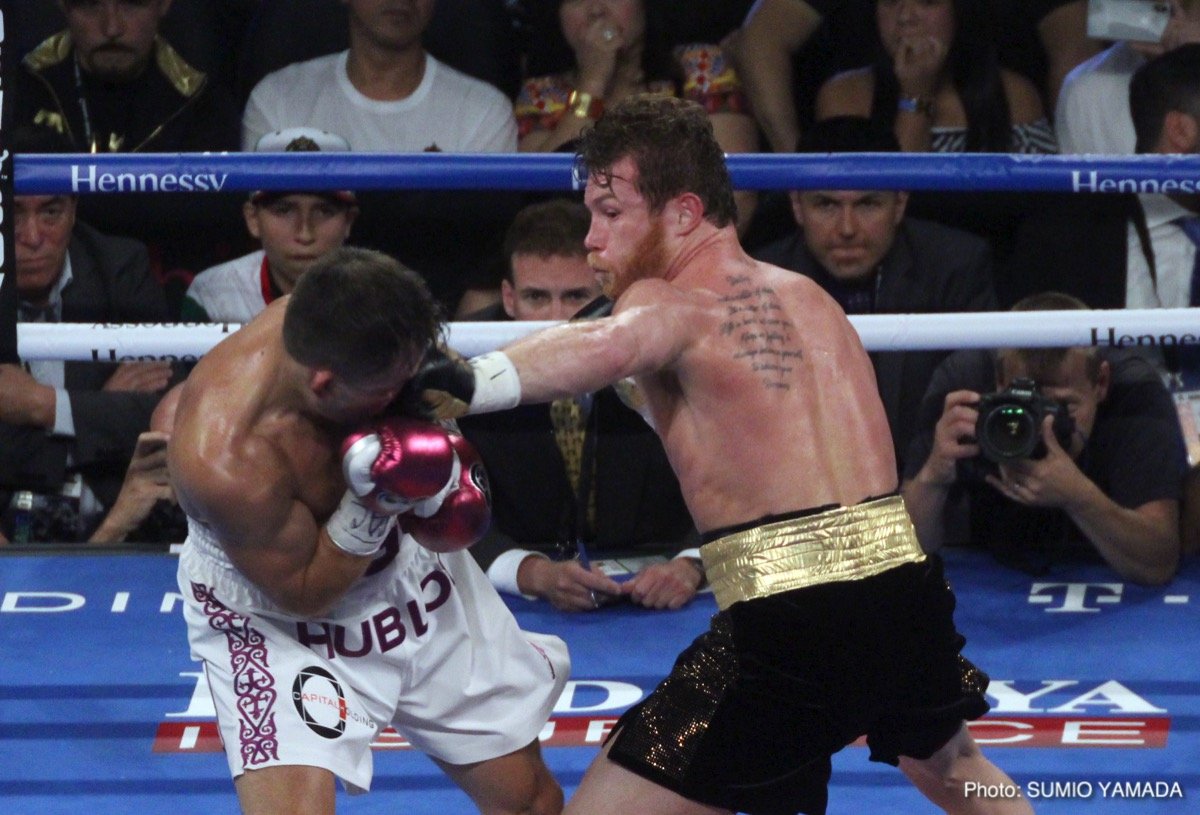 By Thomas Barry: Terrific match-up Saturday night between the putative top-two middleweights in the division, and undoubted top-tier fighters in the sport. Saul Canelo Alvarez attempted once again to wrest the belts from Gennady “GGG” Golovkin in a 12-round torrid affair in Las Vegas.

And what kind of money could you generate without a healthy dose of rivalry, amnity, and scandal? The one-time sparring partners have become sworn enemies, with Canelo declaring he will knock out Golovkin, and Triple G swearing he has no respect for Alvarez.

The pre-fight facts were manifest: Canelo, the smaller, quicker guy has faster hands, better upper body movement, superior counter-punching ability, and is most likely fresher due to youth and fewer altogether rounds (both amateur and professional)

Triple G is bigger, stronger, more powerful physically, and in terms of punching power. He is more experience, although this may be a moot point, given Canelo’s vast experience in terms of opposition and high-level fights. He is the busier fighter, having averaged more than three fights per year since his pro debut, including a win against Vanes Martirosyan just five months ago. He has psychological momentum, in this writer’s view, due to the aftermath of clenbuterol gate. This may be the key factor, in my opinion. That, and the Invisible Hand of Las Vegas, judges, wraps, Etc. Will we get a fair show?

And so, the dramatic Grudge Match commenced, after much Ballyhoo, and all excuses and accusations were left behind. This was a different fight than the first. Canelo, ignited by the flames of criticism opted to take the fight to Golovkin, starting off strong and dominating the older fighter with crisp powerful hooks to the head and body.

Golovkin, at the behest of his corner kept a steady jab in Alvarez’ face, avoiding combinations and power punches to save energy for the later rounds.

Alvarez seemed to have the edge in the early going, but the rounds were close, difficult to score, with GGG remaining consistent with his jab.

One big surprise was Canelo’s forward momentum. He seemed determined to back the bigger fighter up, and for the first time, we saw GGG on his back foot for much of the fight, as the red headed Mexican pushed the action.

In the later rounds, Golovkin seemed to focus, putting together combinations, and landing solid punches to Canelos head, and opening a nasty cit above his left eye.

A very close fight overall, and deserving of a trilogy.