Last night, as advertised, indeed as promised, middleweight warriors Jaime Munguia and Gabriel Rosada gave the world’s fight fans a sizzling slugfest, a Fight of the Year candidate. The two men at opposite ends of their careers, Munguia being 25, Rosado a decade older, thrilled us in inrelenting fashion over 12 great rounds. Points wise, it was all Munguia, yet last night’s battle tested both men, and again showed us how flawed the ten point-must sytsyem of scoring a round, a fight, really is. Munguia would edge a round, just about, this after taking some hurt himself, and he would win the round by a full point. It just doesn’t seem fair. Maybe they should bring in a half-point system? Or something.

In any case, Munguia, now 38-0(30), moves on, and so does Rosado, who, at 26-14-1(15), is not done yet. As far as where Rosado goes next, it may take a good, well earned rest beore Rosado makes a decision. As for Munguia, he wants and deserves a shot at a middleweight title next – and the Mexican with the almost unbelievable work-rate and the ability to pump out punches all night long mentioned one possible fight in particular that the very idea of makes a fight fan’s pulse quicken. 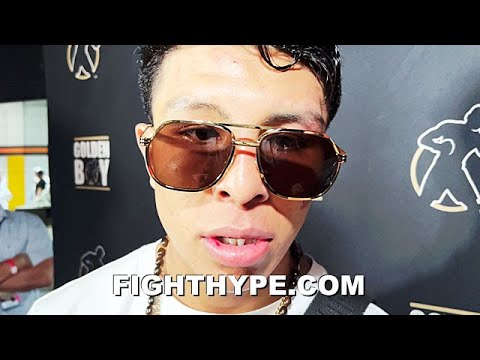 Last night, a victorious Munguia said he and Gennady Golovkin would be a “great fight.” Talk about selling a potential nuclear explosion of an all-out war way too short! If this one does happen there is simply no way the action does not send us all home in a frenzy. Munguia, with his relentless, all-out approach, against the rock-chinned, brutal punching GGG? Imagine the violence, the beautuful, savage violence!

First up, before we get too carried away, Golovkin must get past a determined Ryota Murata in December. This fight, itself no poor match-up, one that may well result in a superb action shoot-out, should give us some idea when it comes to how much GGG has left at age 40 (in April). If he looks good in Japan, and if he cannot get that third fight with Canelo Alvarez (or does not wish to go up to 168 pounds, this the weight class a third fight would have to take place in according to the Mexican superstar) then maybe Triple G will see a Munguia fight as his most attractive big fight option?

Would Munguia pick up the biggest scalp of his career and in so doing would he end Golovkin’s career? Or would GGG further (after a win over Murata) revive his own incredible career?

Hopefully we will find out some time next year. Which fight would YOU rather see: Golovkin-Canelo III, or Golovkin-Munguia?