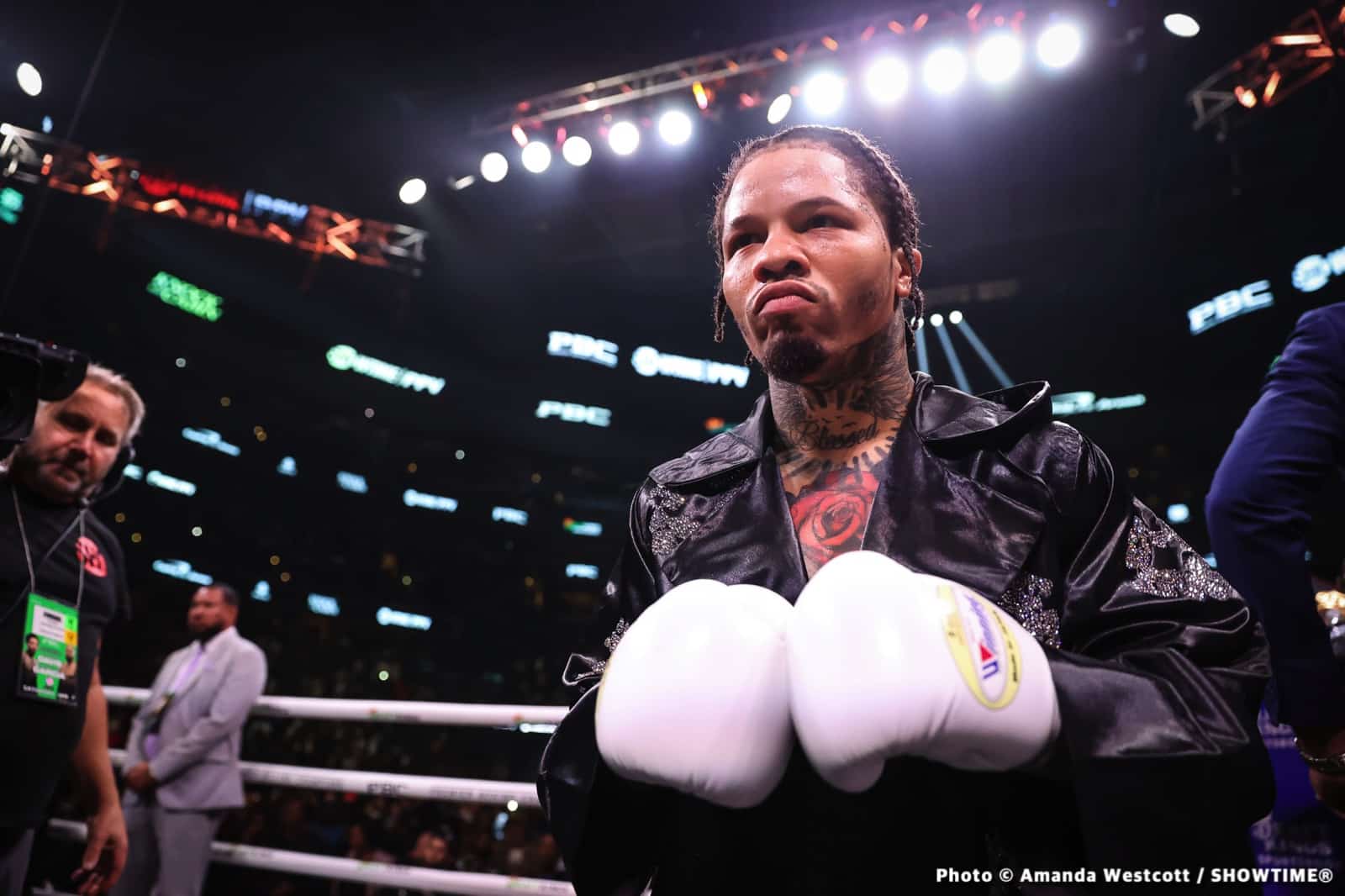 Former unified lightweight champion George Kambosos Jr isn’t sure how the inactivity that Ryan Garcia has had will affect him in his fight against Gervonta ‘Tank’ Davis in April.

Kambosos says if it had been him, he would have taken the tune-up fight against Mercito Gesta to stay sharp before facing Tank Davis (28-0, 26 KOs).

Ryan chose not to fight Gesta and is instead choosing to just sit and wait for the fight with Davis in April, which some boxing fans read to mean that he knows he doesn’t have a chance of winning and feels it doesn’t matter if he’s well-prepared or not.

The only important thing is the big payday Ryan (23-0, 19 KOs) is getting for the Gervonta fight. Indeed, it would have made the fight seem more legit and not just a cash-out for the 24-year-old Ryan, who hasn’t faced the same kind of competition during his career as Tank Davis.

Kambosos notes that Ryan is bringing his vast social media following into the fight with him against Tank, which is a way of earning the fight.

If Ryan didn’t have a huge fan base from his 9 million Instagram followers, it’s likely Tank Davis wouldn’t bother to fight him because he’d be bringing nothing to the table.

Ryan hasn’t fought anyone notable that makes him stand out among the many other contenders in the lightweight division, so the main thing that he has going for him is his social media following.

“He does numbers. He has a big social media base and a good head on him. He’s a good kid. I don’t disrespect him like that,” said George Kambosos Jr to Fighthype when asked if Ryan Garcia is getting the fight with Gervonta ‘Tank’ Davis because he earned it or because of his social media following.

“Had he earned his opportunity? Tank hasn’t fought obviously big names as well. His biggest name is probably Pedraza. The other guys he’s fought have been that second tier. They [Ryan Garcia and Tank Davis] are both big names, so it’s great for the sport. 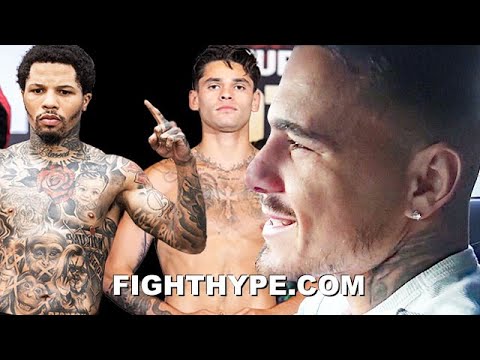 “If you bring that intensity and put that pressure on him straightaway and keep your combinations because, throughout the rounds, they can definitely create a lot of problems for a guy like Tank, but he’s got that devastating power. He’s a very dangerous guy.

“I landed a beautiful shot in round nine. Credit to him; there’s nothing wrong with that chin. I hit him with a pinpoint shot. He kept going forward. A lot of these guys will take a shot, the good guys, the elite guys, will take a shot and go back t that boxing and that movement.

“Myself, I’ll take a shot and keep coming. That was like a Hagler-Hearns fight,” said Kambosos about his fight with Teofimo. “It was up and down. That was a Rocky fight. If you want to show someone what boxing’s about, the heart, the desire for boxing, and the will to win, you show someone that fight.

“They recently put it back on Youtube. It’s a great fight. As much as people say, ‘Ah, that was his big fight.’ Damn right, that was my big fight. That’s where I won my belts, but it wasn’t my only fight.

“Ryan hasn’t fought for a long time as well. That could be a negative, but then again, he might be feeling fresh and backs himself and what he believes in.

“The caliber of fighters he’s fought. Luke Campbell was a good win, but Fortuna took some time off. Fortuna is a bit old, a former champion at 130. I could have fought Fortuna in my first [and only] defense. [Emmanuel] Tagoe as well. Not a well known guy.

“I know Tagoe personally. He’s a good man, a good person. He’s not well known, but he tried his best,” said Kambosos.