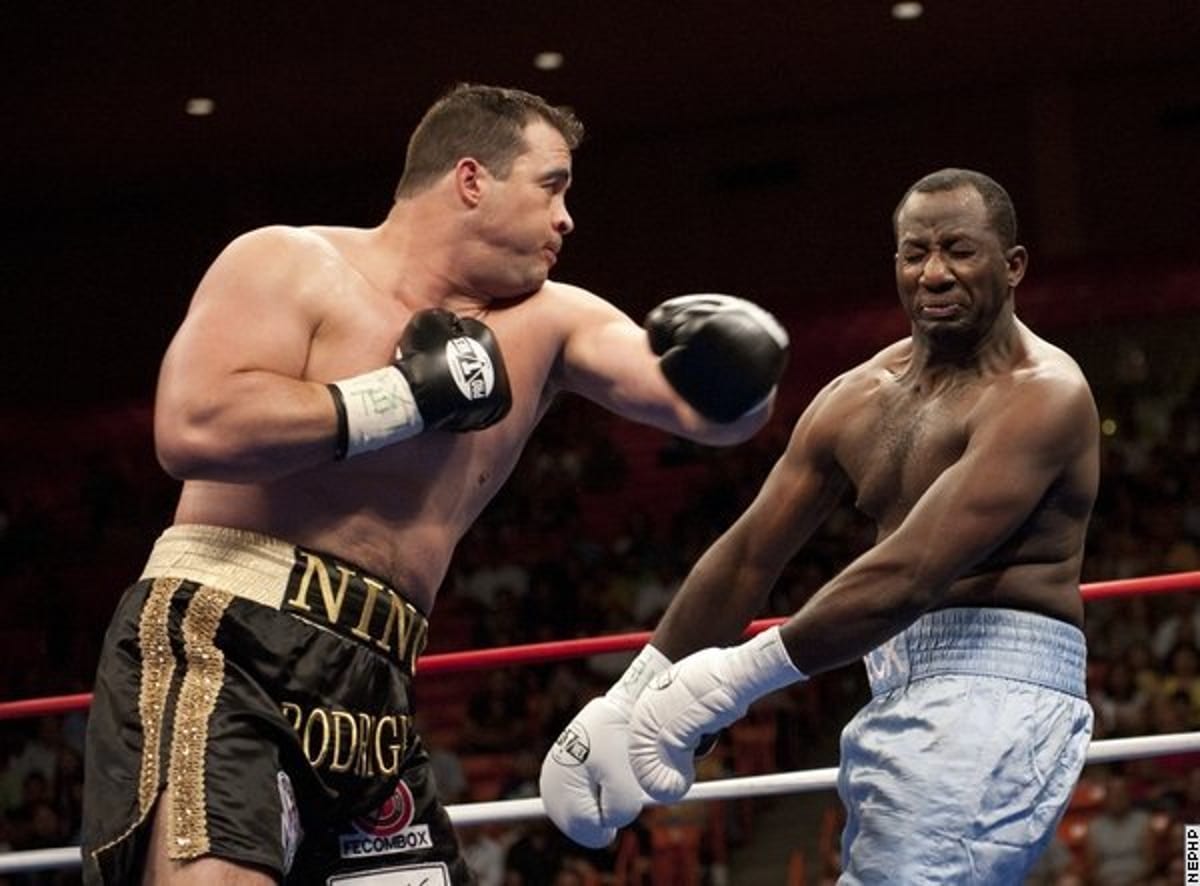 Jamaica’s Owen Beck was a colorful, gutsy heavyweight of the 2000s, a fighting man who basically, as the saying goes, fought ’em all – Monte Barrett, Nikolai Valuev, Manuel Charr, Tony Thompson, Cedric Boswell, David Rodriguez, Deontay Wilder, Oleg Maskaev. Yes, “What The Heck” really did live up to his cool nickname when it came to accepting a fight.

Today, Beck is a chilled individual, he speaks clearly, his memory is fine and he has moved on with his life. Beck may never have been a world champion but his is a happy ever after story all the same.

Q: First of all, your nickname, What The Heck! Who gave you that?

Owen Beck: “It was a family member. I didn’t like it but we took it to a vote and I was outvoted to I had to stick with it (laughs).”

Q: What was your amateur record as best as you can remember?

O.B: “I had over 100 amateur fights, but only 77 or 78 of them were recorded. I fought all over the world. Sherman Williams was a tough guy – “The Tank.” And I fought so many others, I cannot remember right now (laughs). Felix Savon of Cuba, I had a run in with him. He was amazing, he was everything we all wanted to be. It really was unexplainable, the things he was capable of as a boxer. He beat me, by decision.”

Q: You signed with Don King. When was that?

Q: What do you think was your ‘breakthrough fight,’ where you became a legit heavyweight contender?

O.B: “The guy, [George] Arias, he was so tough. There was no stopping him, no matter what I hit him with! He kept coming. He’s the toughest Brazilian I’ve ever met!”

Q: You must get asked this a lot: who was the hardest hitter you ever faced?

O.B: “I had no respect for Wilder’s power, to be honest with you. Monte Barrett, even Ray Austin, they hit me harder and they knocked me out. And David Rodriguez. Yeah, I’d say he was the hardest hitter.”

Q: The fight you are most proud of and think about the most is the Monte Barrett fight, right?

O.B: “Absolutely. Monte, he took me to places I never knew existed, places I had no desire to go to! But after that fight, I wanted the rematch. That’s the only rematch I ever wanted. But today we are friends and he is my business partner – I work in network marketing. I want to talk to fighters, about things like concussions, but not too many want to speak. I guess they have forgotten who I am (laughs). And I train young kids now, at my gym.”

Q: How was it working with Don King?

O.B: “Well, he was a nice person face to face. It was what happened behind your back that, well….. (laughs). I should have stayed with Frank Warren, I fought twice in the UK. But with Don King, I was treated shady, where promises made were never delivered. But today, I’m over it. It took me some time to come out into public view, I was glad to be out of the spotlight for a while. I was mad. But now, eight or nine years after [my career] I’m back to being the good person I was before.”

Q: How good was Nikolai Valuev, who was of course a giant?

O.B: “Valuev, he was not a hard puncher. I had faced bigger punchers in the gym; guys like Oliver McCall and Lamon Brewster. And Chris Byrd and Johnny Nelson, they could both really punch when they wanted to, even though I know they are not known as big punchers. Actually, when I think about it, Johnny Nelson hit really, really hard.”