If you took a poll of experts, asking who is the best young and unbeaten US heavyweight prospect out there right now, chances are Jared Anderson’s name would be at or near the top. Anderson, 11-0(11) and still just 22 years of age, has been tipped by a number of experts to become the next heavyweight champion – with Tyson Fury and Bob Arum both stating this. Anderson has sparred Fury and he is being brought in to spar Fury again as Fury gets ready for his April 23 fight with Dillian Whyte.

And Arum has confirmed how Anderson will be fighting Christian Hammer on the Fury-Whyte under-card. This, as Arum has said, is a good test of a fight for Anderson.

“That is correct, he’s fighting Christian Hammer. It’s a good step up for Jared,” Arum said. “He leaves this weekend to go to England to spar with Tyson. Tyson says there’s nobody like him for sparring. We look at Jared, without any question, as a future heavyweight champion.”

Anderson sparred Fury as “The Gypsy King” got ready for his third battle with Deontay Wilder, and Fury sung the praises of the man known as “The Real Big Baby.” Anderson has yet to be extended beyond the sixth round in a pro fight but maybe the always-durable Hammer, 26-9(16), will perhaps give Anderson some quality rounds next month. Hammer can be stopped – he was retired in a round in his pro debut, while Mariusz Wach, Fury, and Hughie Fury have stopped him – but Hammer doesn’t go easily. 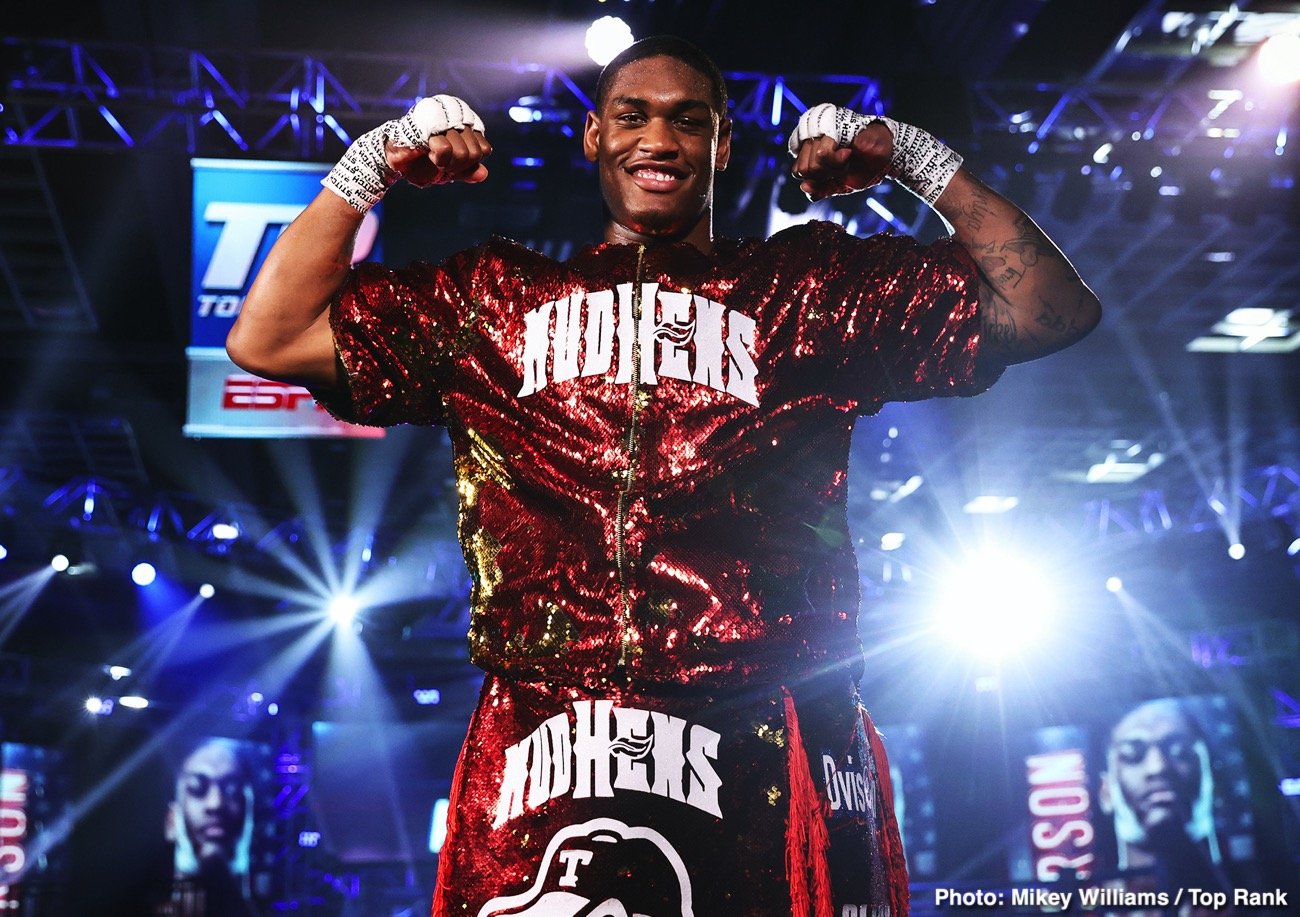 Anderson will of course be looking to shine on the big fight card and it will be interesting to see if he can get rid of Hammer quickly. Anderson really does seem to be the whole package, with only a question mark next to his chin (he has not really been hit hard in a fight yet) and one next to his stamina (not having gone past six rounds).

But there doesn’t seem to be any reason to feel Anderson will not remove these question marks in time. In the meantime, can Anderson get the big KO over Hammer next month?