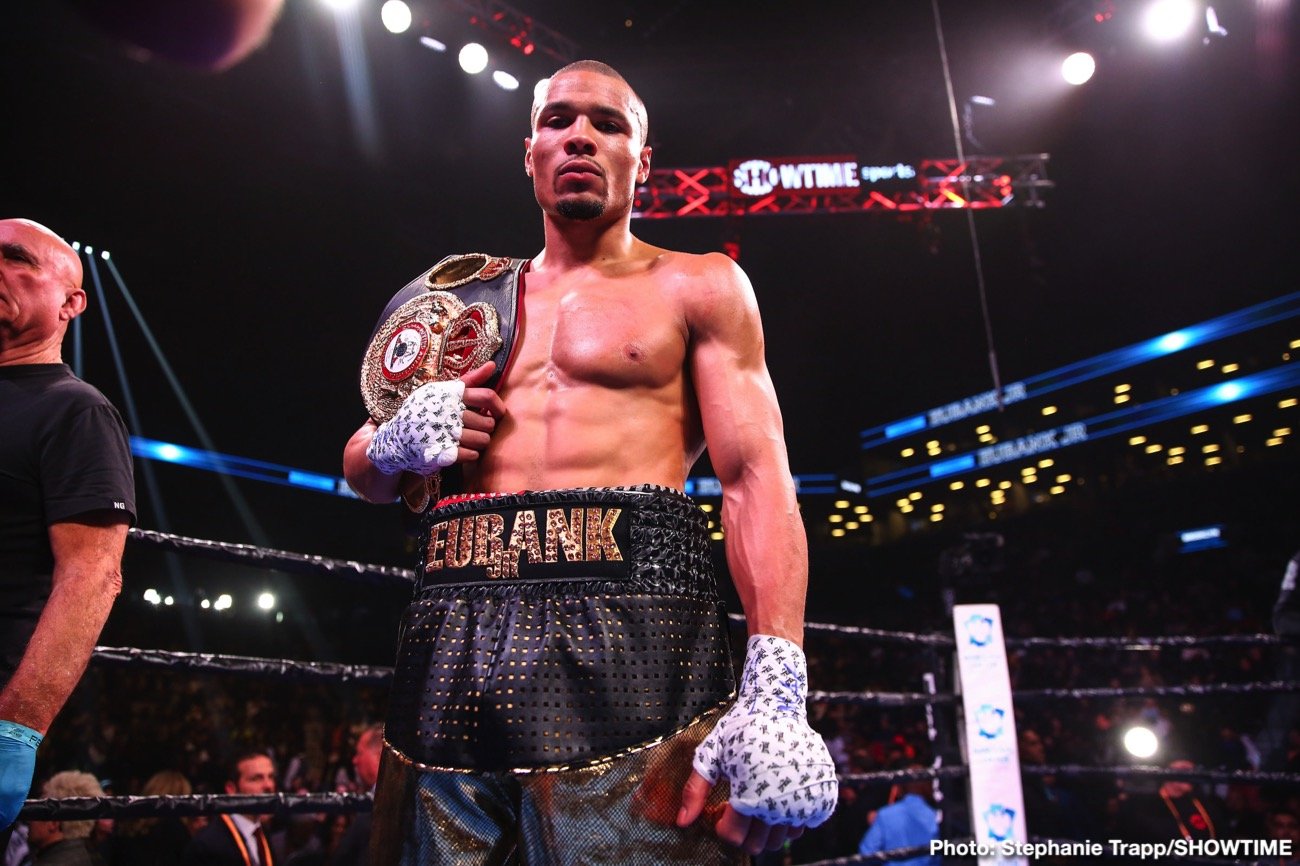 Boxing legend Roy Jones Jr. is currently training British world title contender Chris Eubank Jr. Out in Florida, observing the lock-down demands many of us are currently living under, Eubank Jr. is learning plenty from the all-time great as he trains with Jones Jr. in his boxing gym, and the middleweight/super-middleweight is looking forward to returning to the ring once the coronavirus battle has been won.

Eubank Snr will still be very much a prominent figure in his son’s corner, so it will be two ultra-experienced heads in Junior’s corner when he is able to resume his career.

“I met Roy at a fight show in February, where we started talking. I liked his vibe and the advice he gave me,” Eubank Jr. told Sun Sport. “Soon after I asked my father to contact Roy to see if it was possible to train with him, now I’m here. Roy is most definitely complex. From the way he trains and teaches you to replicate footwork, speed, and precision power, there’s no-one like it. This is what makes his style. If those are not the attributes that one desires to possess then it would be extremely hard to work with Roy nor would there be any point in working with him. Just as my father was not for everybody, nor am I for everybody and Roy is most definitely not for everybody, so this makes for a perfect union. Learning from the best is all the motivation I need. Roy has been putting me through my paces and working me like a dog.”

It will be most interesting to see the results this “perfect union” can achieve once Eubank Jr. is back in the ring. Jones Jr. has of course trained fighters before but it will be interesting to see how the two big egos, Jones’ own and Eubank Snr’s, are able to work together. Eubank Jr, 29-2(22) last boxed in December when he stopped Matvey Korobov by TKO (an injury to Korobov seeing the fight end early), to win the interim WBA middleweight title.

At age 30, Eubank Jr. needs to get something of a move on (just two fights last year) if he’s to achieve the greatness he and his father feel he has in him. It can only be a good thing that Jones Jr. is assisting Eubank.