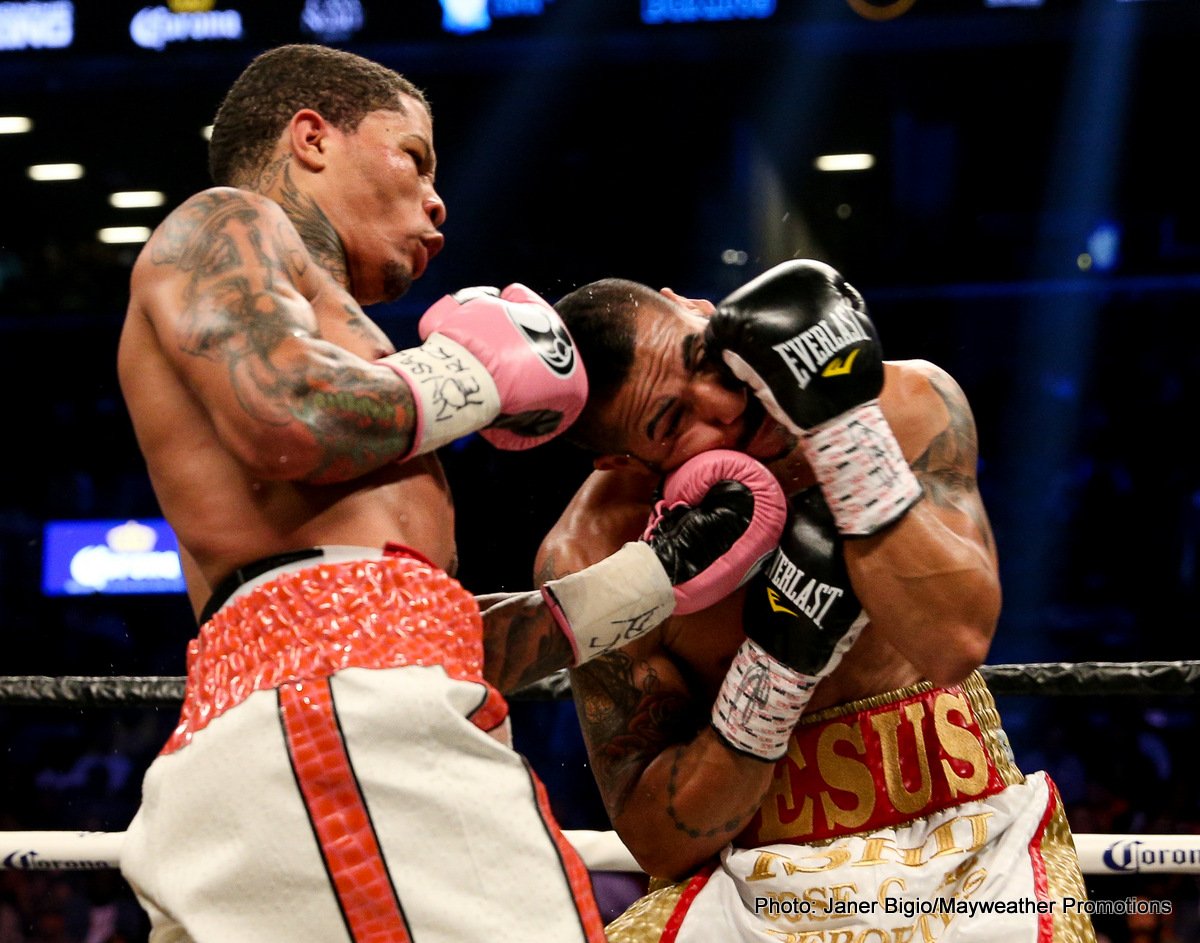 Floyd Mayweather, the current promoter of Gervonta Davis, got fans talking a while back when he said he would put his 130 pound star in with pound-for-pound king Vasyl Lomachenko this year. Davis himself said he would take the fight but only if it took place as a pay-per-view event.

Lomachenko, now the WBA and Ring Magazine lightweight champion, is looking for the big fights and this one, if Davis moved up to 135, would certainly prove very attractive. And Davis has one big supporter who insists he would not only win a fight with the remarkable southpaw from Ukraine, but that Davis would “smoke” Lomachenko. IBF welterweight champ Errol Spence, himself a pound-for-pound entrant, says Davis, 20-0(19) has the necessary skills to defeat the 11-1(9) Lomachenko.

“Tank Davis would beat him,” Spence said to FightHype on the subject of a Lomachenko-Davis fight. “He would smoke him. Tank Davis can fight. He’s quick, he’s fast, good feet, good eyes, he can punch with both hands. And I think that he’s way stronger than [Jorge] Linares, he’s quicker than Linares. It don’t matter about resume, it matters about skills. Tank has the talent and the skills to beat Lomachenko.”

This is high praise indeed from Spence as well as a brave pre-fight prediction. We may or may not get to find out if “The Truth” is telling the truth here, but fans everywhere sure hope to see young star Davis move up and face the reigning P-4-P boss one day. At just 23 years of age, Davis has plenty of time on his side and maybe he will look to move up to lightweight next year some time. And maybe Lomachenko will be waiting for him when he does move up.

In the meantime, Lomachenko is set to have his second fight at 135 in August – likely against reigning WBO champ Raymudo Beltran – and Davis says he very much wants to fight four times a year and his aim is to unify the 130 pound division where he is already a two-time WBA champion.