Fans in Newcastle witnessed a British Fight of The Year candidate last night, as 140 pounders Lewis Ritson and Robbie Davies Junior gave their all in a 12-round slugfest. Ritson, who was having his third fight up at 140 following a shock, weight drained defeat to Francesco Patera in October of last year, prevailed in the domestic barnburner, via scores of 117-112 and 116-112 twice. Ritson is now 20-1(12). Davies Junior falls to 19-2(13).

Ritson and Davies Jr went right at it from the opening bell and the action was furious. Neither man would take a backward step or stop slinging punches. It really was breathtaking stuff. And on and on it went – for all 12 rounds. With barely a clinch in sight, in the first half-dozen rounds in particular, the passionate Newcastle fans sure got their money’s worth last night.

It was a closer fight than the scores of the three judges would indicate, but Ritson did enough to win. Now looking towards the ultimate, that of becoming a world champion, Ritson, who hails from Tyne and Wear, will be a very interested viewer of Saturday’s almost impossible to pick Taylor-Prograis showdown. Who knows, we might get yet another FOTY candidate between these two superb fighters.

We fight fans have been spoilt these last few weeks, with the Errol Spence-Shawn Porter rumble, the Gennady Golovkin-Sergiy Derevyanchenko war, the Artur Beterbiev Olkesandr Gvozdyk showdown, and now last night’s domestic thriller. As promoter Eddie Hearn said, last night’s cracker came at a good time. “In a bad week for boxing (Hearn referring to the sad and tragic death of Patrick Day), these two reminded us how great this sport really is,” Hearn said to IFL TV after the bout.

Credit goes out to both men. Now, can Ritson go on and defeat either Prograis or Taylor? As Hearn has also said, a Taylor-Ritson fight would be “massive.” 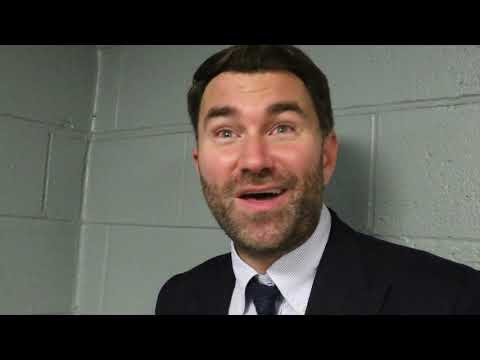